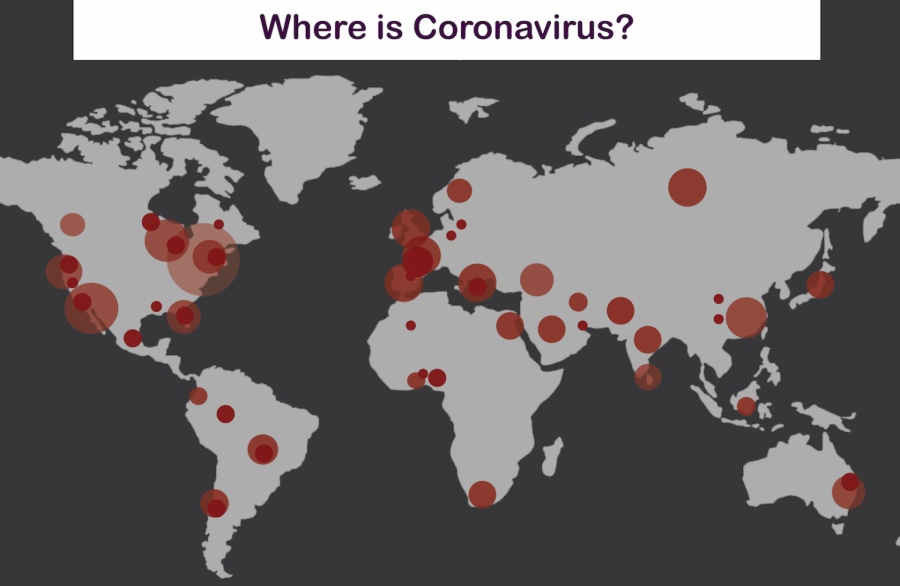 The Wildcat GeoGame, a geography trivia game hosted by The Daily, plans to resume Fall Quarter. If classes are still remote then, Medill prof. Candy Lee said she’s unsure about restarting it.

As many aspects of University life have shifted online, one beloved, already-digital part of the campus has been put on pause: the Wildcat GeoGame.

The Wildcat GeoGame, an online geography trivia puzzle hosted by The Daily Northwestern, has been suspended for the online Spring Quarter but plans to resume regular functionality starting Fall Quarter. However, if classes are still remote in the fall, Medill Prof. Candy Lee, a member of The Daily’s governing board, said she’s unsure about restarting the game.

The game was created in collaboration with Northwestern IT Services and Support, Research Computing Services and Northwestern Libraries. It features a map-like interface where players select the correct country in response to a daily question.

Lee used a grant from Academic and Research Technologies in 2016 to start the game as a way to help others learn about geography.

“I thought that in a global world, it would be useful if people understood where places were in our world,” Lee said. “And gamification was a way to make people enthusiastic about it.”

Since its inception, the GeoGame has only increased in popularity each quarter. The webpage recorded 200,000 interactions this Winter Quarter alone, up from 79,000 in 2019.

According to Lee, players often tell her that they discuss the GeoGame regularly. Students reported talking about the day’s answer before starting class with their professors. In another instance, faculty members who hadn’t spoken to their colleagues across their hallways told Lee that the game opened communication between them.

“It was a fabulous outcome in a way that I had never anticipated,” Lee said.

Medill first-year Grace Wu said she had made plans with friends to split the game’s prize: a coupon for a free Blaze Pizza. Despite winning, Wu said she forgot to redeem her prize in the “chaos” of the last weeks of Winter Quarter before classes went remote.

With Spring Quarter moving online, Lee and the game’s directors felt its impact on the community would be dampened. Lee said they were also worried about being unable to answer queries for customer support during the pandemic and decided to suspend the game, with plans to resume full operation this fall.

“We couldn’t have the social community building that we thought was important on top of the learning,” Lee said.

Kelsey Rydland, a data services and geographic information systems librarian at NU, said the reception for the GeoGame has been overwhelmingly positive. He said that it was a “bummer” the game was discontinued this quarter and that he looks forward to it starting again in the fall.

Rydland, who is responsible for the game’s question bank, said that initial feedback from students and faculty pushed him to include more challenging trivia. Now, the game features cultural trivia in addition to simpler country capitals.

“For those more complex questions,” Wu said, “You’re allowed to Google, so that’s what I do. And then I learn something, which I think is pretty cool.”

Rydland said the game might be undergoing changes to its interface that would further diversify its question pool.

Currently, the game is coded in a way that the questions must all point towards a country, which limits the type of questions that can be asked. New features like zooming into a specific mountain range, or state, Rydland said, may be available in the future.