Letter from the Editor: The highs and lows of art created in a pandemic 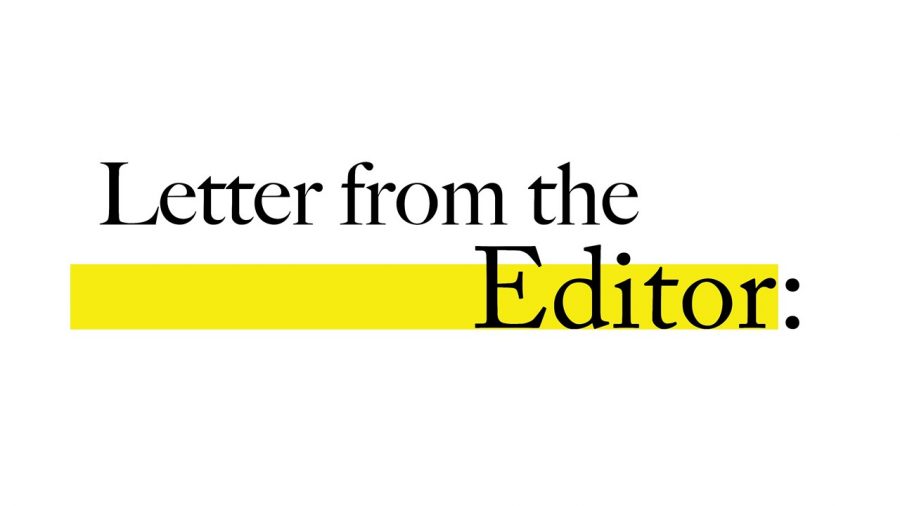 It’s been a weird two months: I’ve gone outside once every three weeks, haven’t seen someone I wasn’t related to outside of Zoom since early April and binge watched five seasons of “New Girl” in a disgustingly short amount of time (Cece and Schmidt 4evah!).

Now that we are, more or less, adapted to the long haul of quarantine (aside from the moronic protestors), it’s been fascinating to watch how artists are operating and making content in a world that makes it difficult to create art in. We still have a pretty steady trickle of pre-quarantine content coming out, in the form of TV and movies and music. But increasingly, I’m finding myself more interested in art that was made during the weird times we’re living in, and how people have adapted to the limitations that have been placed on them.

One of the main strategies that channels and companies have used to keep themselves afloat are virtual concerts that see A-listers perform from their couches, bathrooms, or bedrooms. ABC has aired not one, but two Disney singalongs that were mostly redundant but did give us that pretty sweet Ariana Grande rendition of the absolute best Disney song, “I Won’t Say (I’m in Love)” (between that and her performance of “Still Hurting” from “The Last Five Years,” Ari is definitely my quarantine MVP). Tina Fey hosted a virtual telethon to raise money for charity group Robin Hood that featured performances from Jennifer Lopez and Mariah Carey, among others. And Lady Gaga organized perhaps the apex of the quarantine concert genre, the “One World: Together at Home” eight-hour livestream concert to raise money for the World Health Organization.

These concerts aren’t exactly flawless: there’s a lot of fluff in them, a few genuinely bad performances by bad artists I hate (who invited Shawn Mendes and Camila Cabello to the “Together at Home” concert?) and although the stripped down intimacy of watching an A-lister sing from the floor of their bathroom has some charm, it can grow tiresome and exhausting quickly.

And yet, as I continue to tune into these concerts, I find that the flaws don’t take away from what make them special. There’s something comforting about watching incredibly talented people continue to do what they do best even at a time when it feels like nothing will ever be the same again, and there’s a corny but heartening “show must go on” energy to these concerts that a regular concert could never have. It’s the same with something like the three “Saturday Night Live” episodes produced after the cast had all fled to their homes in Los Angeles: the sketches were hit or miss, but there was something undeniably emotional about seeing the 40-year comedy institution remain undefeated. That’s not even getting into the measurable good these concerts have helped create in the world: Lady Gaga raised $127 million for WHO via the “Together at Home” concert.

This week, I’m looking forward to Charli XCX’s new album “How I’m Feeling Now,” which she began recording during the pandemic, and created through a collaborative process where her fans gave input and feedback on demos and rough cuts she sends them. It’s a fascinating experiment, to capture the emotional mindset we’re in during this crazy ride, and the hustle of recording and releasing a whole album in two months or so simply must be respected. And her strong pre-release singles have inspired confidence that the project can successfully reach its goal of portraying how we’re all living right now. The coronavirus has made creating art difficult – but the efforts that have been taken show that what’s being made now isn’t any less important, or any less good.