The Daily Northwestern • May 11, 2020 • https://dailynorthwestern.com/2020/05/11/campus/tgs-student-groups-continue-advocacy-after-announcement-of-dean-departure/ 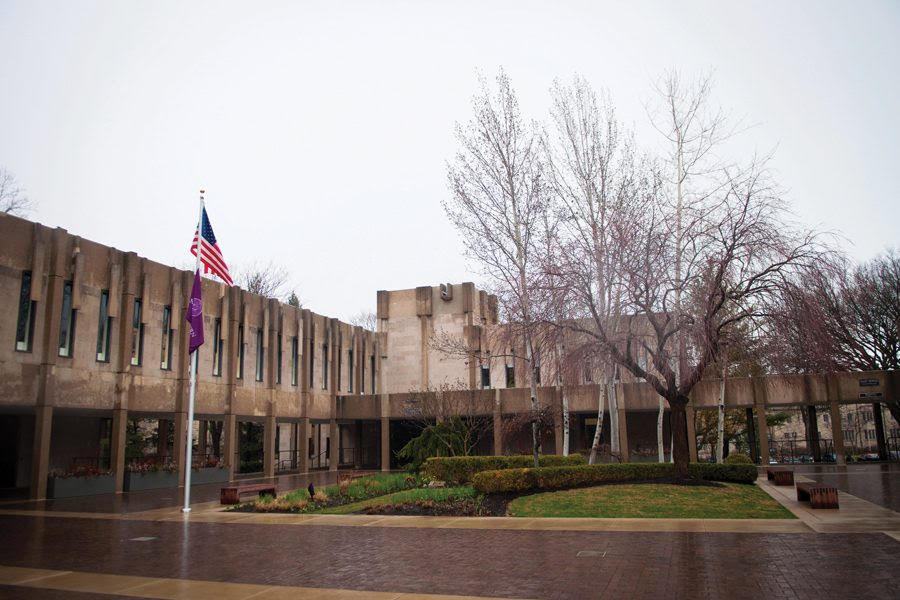 While The Graduate School begins its search for a new dean, following the announcement Dean Teresa Woodruff would become provost at Michigan State University, the student coalition that has called for her removal since March continues to grapple with an unresponsive system as it maintains its advocacy efforts.

The position of TGS dean has historically been the stepping stone for higher administrative opportunities. Former dean Dwight McBride left the University to become the provost of Emory University and is now president of the New School.

Before McBride, former TGS dean Andrew Wachtel left the University to become the president of American University of Central Asia, and went on to serve as the rector — considered one of the highest officials in a university — at Narxoz University in Kazakhstan.

While the change continues the pattern of administrators leaving Northwestern to claim higher-level academic officials at different universities, graduate students are left with the same problems that led them to call for her removal.

“She gets to forget about the needs of The Graduate School at Northwestern,” Dorizan told The Daily. “She gets to move on, start over someplace else. And we’re still in the situation that we’re in.”

Still, the group has shifted its efforts, even while its organizers experience greater burdens during the COVID-19 pandemic.

Since the announcement, CoalitionNU has drafted and submitted a letter to TGS and the University re-emphasizing student needs, its leaders told The Daily. The letter highlighted demands brought up in a March 11 town hall with Woodruff and other senior University administrators, including concerns regarding leadership, programming, staff and funding.

The group also pushed for equitable funding and programming for TGS students of marginalized identities, which would yield specific provisions such as healthcare expansion for disabled and transitioning students, affordable graduate housing, and affirmations of the indigenous community.

CoalitionNU will continue to advocate on behalf of underserved and underrepresented TGS students, according to email communication with The Daily. The group leaders said it is imperative that graduate student leaders be part of the search committee to select the new dean.

“Although TGS will be transitioning into new leadership, we believe that moving forward with a strategic plan for addressing these demands is necessary for effectively serving and supporting underrepresented graduate students, particularly during these times of uncertainty,” CoalitionNU’s statement read.

Organizers say they haven’t yet received a response.

Similarly, Northwestern University Graduate Workers, which has been pushing TGS to support an additional year of funding to students, released a statement and letter of solidarity.

The letter outlined the group’s complaints against Woodruff made during her leadership, including those raised by the coalition and graduate mental health and insurance plans.

TGS’s limit on graduate assistantship to five years does not accommodate students whose average timelines for graduation have been nearly six years, the letter read. The inability to access materials and added burden due to the COVID-19 pandemic will lead to extending these timelines even further.

Like the coalition, NUGW advocated that the search committee include diverse graduate students. The ideal candidate to inherit the position of TGS dean should be acutely aware of CoalitionNU’s demands and fulfill it as soon as possible, the statement said. They also called for the new dean to allow graduate students to make decisions on relevant matters through the bargaining ability of a union.

“Dean Woodruff’s tenure as dean was beneficial for graduate workers in one respect: it starkly revealed the extent to which the university is an employer concerned most of all with revenue and growth built on the academic labor of its employees,” the statement read.