The Daily Northwestern • May 8, 2020 • https://dailynorthwestern.com/2020/05/08/ae/jonathan-van-ness-shares-beauty-tips-advice-with-northwestern-students/ 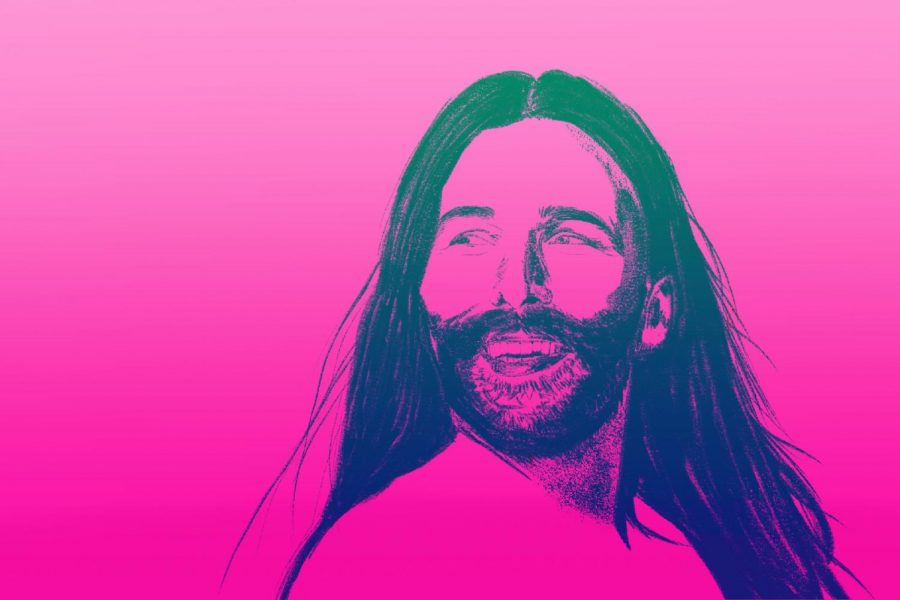 With many hair salons closed due to the COVID-19 pandemic, television personality and hairstylist Jonathan Van Ness told Northwestern students to take precautions when changing their hairstyles at home in a Thursday livestreamed event.

The Q&A was presented by A&O Productions, Rainbow Alliance, UNITY and STITCH. Van Ness said trying new hair treatments, like bleaching or shaving, can be expensive to fix if done wrong.

The “Queer Eye” star shared more beauty tips, as well as his experience with stand-up comedy and his favorite activities in isolation, in the event moderated by comedian Robby Hoffman.

While Van Ness and Hoffman shared their own stories and memories, most of the event was dedicated to questions from the audience. Students were able to submit questions before and during the event, with the chance to personally ask their questions to Van Ness.

One student asked for advice on how to start figure skating with no experience since Van Ness took up the sport recently. Van Ness recommended going to the freestyle area where skaters use their own skates and maybe getting a private tutor.

A&O director of speakers and Weinberg senior Sydney Monroe said she hopes the event provides positivity and allows students to have intimate and cool conversations with the guest speaker.

“He’s always trying to bring awareness to causes and issues he cares about,” Monroe said. “He’s a big proponent of mental health and taking care of yourself.”

One self-care tip Van Ness shared was how he has been taking extra care of his hands as a result of washing them more frequently.

“So I’m basically sleeping with socks on my hands with whatever body moisturizer I can get my hands on every night, so that they’re not so horribly dry,” Van Ness said.

A&O co-chair and Communication senior Avery Powell said the online platform allowed for a level of interaction that is not present during in-person events.

A few weeks ago, A&O Productions announced a virtual speakers series for Spring Quarter since their on-campus events for the quarter were canceled. Powell said the organization is engaging with other student groups who have also had events canceled.

“We were hoping that this could be a moment that the student body could enjoy from the safety of their homes,” Powell said.

Dori-Taylor Carter, Weinberg first-year and the external president of Rainbow Alliance, said the event brought together the Northwestern community when people are separated. She said it is really important for people, especially members of the LGBTQ+ community, to know others are out there dealing with the same issues.

Since Spring Quarter is remote, many students are at home where they are not out to their families and have had difficulties adjusting from living in a place where they are out.

Van Ness experienced this growing up and said he found ways to cope with those feelings of discomfort by doing things that made him feel true to himself. He encouraged students to find ways to do this, whether through watching a show with LGBTQ+ representation or applying makeup in their rooms.

While it might be harder for people to tap into the part of themselves that they identify most with during isolation, Carter said she wanted people to have fun at this event.

“People can kind of let go of a lot of the anxieties that this time period is really causing, and (the event) brings people together to have a good time with a really cool, awesome person,” Carter said.