The Daily Northwestern • May 7, 2020 • https://dailynorthwestern.com/2020/05/07/campus/tgs-dean-teresa-woodruff-to-depart-for-msu-after-25-years-at-northwestern-leaving-behind-a-mixed-legacy/

TGS dean Teresa Woodruff to depart for MSU after 25 years at Northwestern, leaving behind a mixed legacy 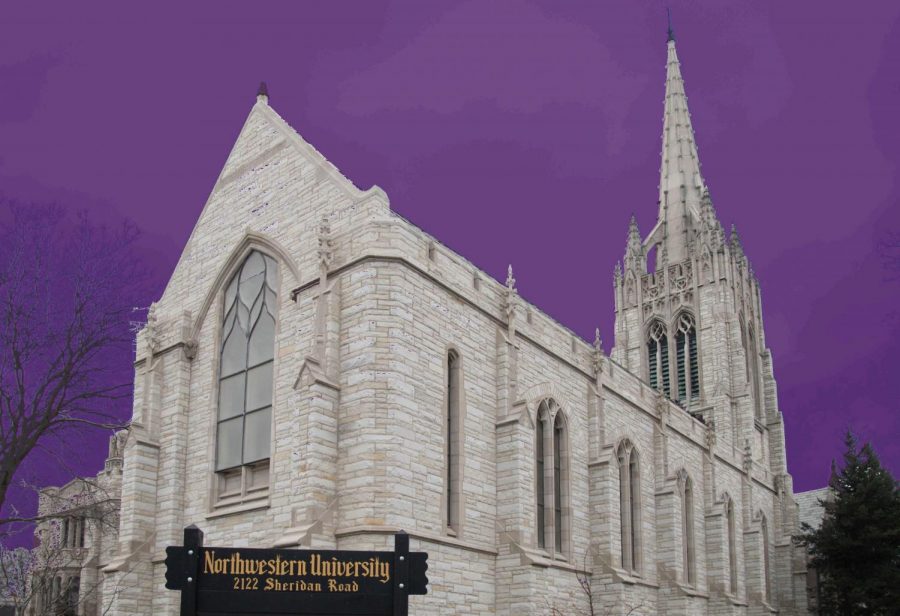 Seabury Hall. Woodruff may not be leaving on amicable terms.

By the end of the summer, The Graduate School dean Teresa Woodruff will relocate to Michigan State University. Northwestern announced Woodruff’s departure to be the next provost at MSU in an April 27 email, praising her 25 years at the University.

“Northwestern has benefitted (sic) greatly from Teresa’s passionate dedication to diversity and inclusion in scientific research and research funding,” interim provost Kathleen Hagerty wrote in the email. “We owe her a debt of gratitude for her many years of service to the University and wish her nothing but success in her new role.”

Woodruff is an internationally recognized expert in ovarian biology and reproductive science who has been awarded the Presidential Award for Excellence in Science Mentoring and was most recently elected into the American Academy of Arts and Sciences.

At Northwestern, she founded the Women’s Health Research Institute and advocated for sex inclusion in scientific research and fertility treatment for cancer patients.

A large part of her work within the Institute, she said, has been to raise awareness of the need for sex-based clinical research. On Jan. 25, 2016, the National Institutes of Health announced a sex inclusion policy that mandates male and females be considered as part of basic science research, she noted.

“This is a fundamental change that was led, in part, by my efforts to provide evidence that the absence of sex as a biological variable is harmful to science and ultimately to men and women.”

In an email to The Daily, Woodruff stated she was proud to be an advocate for women in sciences during her time at Northwestern, citing that its interdisciplinary programs helped her achieve her dreams and grow as a researcher and administrator.

“I have been deeply impressed by the faculty, students, administrators and staff I have met (at MSU),” she wrote, “and I am eager to work collaboratively to further empower the great teaching, learning, arts and humanities, research and service missions of the MSU community.”

During her time as dean, Woodruff said she is proud to have seen the tuition, stipend and health insurance subsidy for underrepresented domestic PhD and MFA students increase by 35 percent from 2017 to 2020. The Graduate School argued successfully to increase funding to graduate financial aid, Woodruff said, moving doctoral student stipends into the top five nationally.

However, Woodruff may not be leaving Northwestern on amicable terms. For the last two months, black, Latinx, Indigenous, LGBTQ+ and other students of marginalized identities have been calling for her removal.

The letter, co-authored by Sarah Peko-Spicer, a Ph.D. candidate and former president of the Graduate Leadership and Advocacy Council, outlined 11 demands, including a commitment to inclusion in leadership and staffing, funding for affinity organizations and extension of equitable benefits to assist students in healthcare, childcare, housing and more. Representatives of graduate affinity groups, such as the Black Graduate Student Association, Communidad Latinx, Queer Pride Graduate Student Association and more contributed.

“Her lack of vision, guidance, and support, as well as her unwillingness to center marginalized student populations in TGS’s mission, values, and practice, has hindered her staff’s ability to successfully create or advocate for policies and programming that benefit an increasingly diverse graduate student body,” the letter stated.

In its demands, CoalitionNU said TGS discontinued programming for specific communities with marginalized identities, including this year’s Black History Month. Woodruff told The Daily that they were replaced by a monthly dinner series for “underrepresented and underserved graduate students as a whole,” which would be utilized as a safe space for networking and interactions. She added that black TGS alumni were celebrated at the February dinner.

However, leaders of student organizations said the change only contributed more labor for students to create spaces to support identity-specific communities, becoming an added burden.

Addie Shrodes, president of QPGSA, said the sense of community the group was providing for LGBTQ+ students and academia at TGS was not factored into the group’s monetary allocation by TGS leadership. This, she said, failed to center groups that served people of marginalized identities.

While Shrodes was in the process of requesting the 2019 budget for the group, she was asked to indicate “estimated membership” and “reach of the organizations” through indicators such as the number of people on its email listserv.

“When you’re making a decision based on the number of people on the listserv as to who gets funds, it doesn’t center equity,” Shrodes said. “(It) doesn’t take inequities into account at all.”

Despite having around 400 members, QPGSA received 25 percent less funding than requested in 2019. The decision left the group unable to budget for this year’s Queertopia, an annual conference that spotlights LGBTQ+ research and intersectionality — meaning members and volunteers had to fundraise $8,000 themselves, the letter said.

Schnaude Dorizan, a Ph.D. candidate and president of BGSA, told The Daily the group has not received sufficient levels of funding and support Northwestern had provided in the past.
For 22 years, BGSA has hosted its Annual Research Conference, which presents research by scholars of color and helps TGS recruit potential students and collaborators. TGS provides annual donations, Dorizan said, and the dean has traditionally sent out a letter to solicit donations to other departments.

In 2019, the group found that though they received the donation from TGS, Woodruff had not sent solicitation letters when they did not receive additional funds they traditionally received from other departments, Dorizan claimed. It shrunk the BGSA budget by 42 percent. The student group could not fund travel grants and registration fee waivers, resulting in a “huge hit” in attendance.

Similar to QPGSA, Dorizan said she never received any communication from TGS’ leadership on why they refused to send out the letters.

“I sent (Woodruff) a template (of the solicitation letter),” Dorizan said. “All she would have had to do is put her name on it.”

When asked if and why the letters of solicitations were not sent, Woodruff said established graduate student affinity groups such as QPGSA and BGSA have “historically received and continue to receive” the largest amount of funding compared to other programming and initiatives through TGS, in addition to regular student group funding allocations.

A University spokesperson also told The Daily that TGS submitted a request to the University administration to increase available funding for graduate student groups for the next academic year.

Now, in her fifth year at Northwestern and second year as BGSA president, Dorizan said she’s drained by being responsible for community-building activity traditionally performed by TGS.

A neuroscience Ph.D. candidate who studies brain structure in rats, Dorizan operates on animals and analyzes data, which can take up to 10 hours per day. She said she felt she had to sideline her education to supplement community building in light of decreasing programming and identity-centered events.

This, Dorizan said, is a stark departure from her experience in TGS under Woodruff’s predecessor Dwight McBride. TGS staff and leadership had always prioritized funding and were physically present at BGSA events, she said.

“(When I came to Northwestern) I was just like, ‘Oh wow, they really care about us here,’ and so I wanted to create that environment for other students,” she said. “But it was so hard.”

Dorizan, like Peko-Spicer, had only heard positive things about Woodruff when the former dean started her tenure. She even added that in personal interactions, Woodruff was always pleasant and encouraging.

The Ph.D. student recalled when Woodruff attended the Harambee festival, where she gave the opening remarks in front of the BGSA members and the black alumni association. Throughout the speech, Woodruff consistently mispronounced “harambee,” a rallying cry which means “pull together” in Swahili. It finally prompted a member of the audience to correct her pronunciation.

Woodruff’s inability to learn the correct pronunciation of the name of a Black History Month event she was introducing left many feeling insulted, Dorizan said. She added that the dean also said that she understood the adversity black people experience because she is a woman in science, Dorizan said.

A former TGS employee who was present in the room also cited that remark as an example of Woodruff’s concerning behavior. The source chose to stay anonymous due to professional reasons, and told The Daily that they stopped working at the University, in part, due to Woodruff.

However, the source added Woodruff’s shortcomings were not likely to be intentional, although it spoke to a pattern. Though she was a “brilliant researcher,” the source said Woodruff didn’t understand the extent of the impact of her actions as someone in her position in higher education — and how detrimental those actions could be to students of marginalized identities.

“She seemed very unaware,” the source said. “And that injured.”

Not just a TGS problem

Despite noticing a “marked difference” between Woodruff and her predecessor’s leadership on how students are treated and supported, Peko-Spicer said she acknowledges that TGS leadership does not make every decision about the graduate student body.

“Yes, TGS is the body that serves graduate students, but obviously TGS has to work with the University administration at large,” Peko-Spicer said. “Who knows how much that influences decisions that TGS makes.”

By attaching Woodruff’s name, and request for her removal, to their petition, the coalition hoped the University as a whole would be held more accountable, she said.

Woodruff mentioned in her virtual interview with MSU’s provost search committee that she formed a “diversity, equity and inclusion council.” Multiple sources who spoke to The Daily about the interview said they haven’t heard of such an initiative with that specific name, saying TGS had never reached out to them about it.

However, a University spokesperson corroborated Woodruff’s account that a Diversity and Inclusion Advisory Council was formed in the 2018-2019 academic year, providing TGS leadership with guidance on diversity and inclusion.

Following the letter, the Coalition hosted a March 11 town hall with Woodruff and higher administration members of the University, where Woodruff told students TGS leadership had requested more funding for affinity groups, despite funding challenges and a “fiscal crisis.”

Woodruff’s tenure has coincided with the University’s budget deficit, which has led to a 5 percent cut from all schools, departments and programs. A University spokesperson told The Daily that the total amount of student organization support was also reduced.

But the issues regarding equity and inclusion preceded the budget deficit — and Northwestern itself. The culture observed at TGS occurs at many institutions of higher education, according to Aireale Rodgers (SESP ’10), a former employee at the Office of Diversity and Inclusion, and an alumna of both the undergraduate school and TGS.

Rodgers, who is now pursuing a Ph.D. at the University of Southern California, told The Daily that when she worked under McBride, former dean of TGS, she felt the needs of underrepresented students were prioritized.

However, Rodgers added that educational institutions should not create “pockets” of diversity at the “expense of holding the broader institutions accountable.”

“For as long as the (diversity and inclusion) initiatives that come from The Graduate School focus on creating countercultures or subcultures within the dominant structure that privileges whiteness or that itself isn’t critically analyzing the changes it needs to make,” Rodgers said, “it’s not going to be the type of the department that students deserve.”