The Daily Northwestern • May 7, 2020 • https://dailynorthwestern.com/2020/05/07/campus/forthcoming-test-requirement-decision-could-affect-international-student-population-prospective-students/ 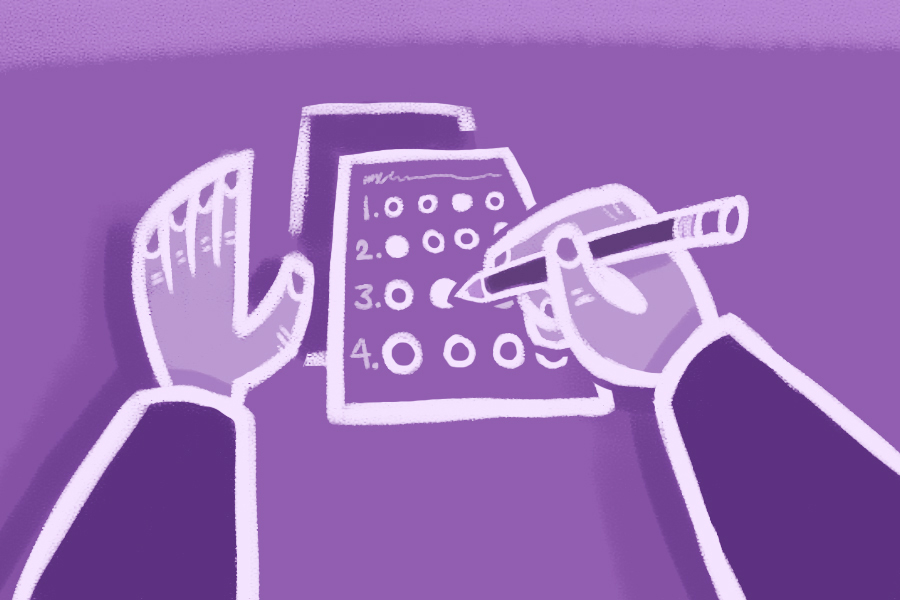 In March, President Donald Trump announced the suspension of the Department of Education’s federal standardized test requirements in public schools. The announcement was rare but unsurprising due to COVID-19 concerns.

States are no longer mandated to administer the SAT and ACT for the foreseeable future. The College Board has canceled all test dates for the spring and announced it will begin administering the SAT again in late August if health regulations allow. In the “unlikely event” that schools remain closed, the College Board said, it will offer an online SAT similar to its current administration of online AP tests. The ACT has rescheduled its April 4 test date to June 13.

But with no guarantee that even test dates in the fall will occur, prospective students are forced to face the reality of potentially applying to college with scores they’re not satisfied with — or none at all.

“Together with our member schools and colleges, we will be flexible, thoughtful and collaborative in exploring ways to continue to support student learning and provide opportunities to test during this challenging time,” the College Board’s website stated.

Some universities have already adjusted to allow for these circumstances. The University of California system announced in March it will temporarily suspend the test requirement for students applying for fall 2021 freshman admission. Cornell University announced a similar policy last month, making test exemptions for its upcoming application season.

Northwestern, however, has not announced such a policy. As of Thursday, applicants are still expected to meet requirements to apply by submitting either an SAT or an ACT score. The Office of Undergraduate Admissions did not immediately respond to requests for comment.

The test cancellations are sure to impact all students looking to apply to U.S. colleges this fall. Particularly, international students — for whom testing may be difficult to access even if a student has preparation resources — could be looking at an even tougher registration process, leading to a decrease in the international student population, which for Northwestern stood at 10 percent in 2019.

Chengye Jiang, a McCormick junior, took both the SAT and the ACT before applying to Northwestern. His hometown of Shanghai did not offer any testing centers — in fact, there was no way to take the test at all in China. Jiang said his peers typically traveled to places like Hong Kong, South Korea and Taiwan to take the test.

Even if the SAT begins implementing in-person tests in the fall, Jiang said his experience of the way tests are conducted internationally may limit that possibility. Jiang estimated he took the SAT with 7,000 other test takers in a single room in an exposition center in Hong Kong, which is a stark difference to the smaller classroom settings more frequently offered in the U.S. Now, this setting would put test takers at a greater health risk.

Jack Ke, a SESP first-year from Guangzhou, China, said he believes the Northwestern standardized test requirement should be waived this coming academic year in light of the pandemic, especially considering the obstacles in the way of international students attempting to complete those requirements.

“It’s definitely not an easy process,” said Ke, who also took his SAT in Hong Kong. “The travel and the time differences sometimes add an extra pressure on students.”

Ke said even before the coronavirus, tests were only offered every few months as opposed to the relative frequency with which they occur in the U.S.

Inequities exposed by the coronavirus, both international or domestic, are contributing to the ongoing conversation of whether universities should keep test requirements at all. The SAT has been criticized for disadvantaging black, Latinx and low-income students. Late last year, the UC system faced a lawsuit claiming that college entrance exams prompt schools to illegally discriminate against applicants on the basis of race.

Students who may not have access to the opportunity to take a test prep class, have a tutor or the chance to take multiple tests can be disadvantaged by the exams as a requirement for admission. The University of Chicago and New York University are some of the selective schools that have switched to test-flexible policies by not requiring the SAT or ACT in past years.

McCormick first-year Diogo Costa attended an international high school in Thailand. He said his school covered the cost of his first test, but he could only take it once because he couldn’t afford a second attempt. While he understands the existence of the SAT and ACT, he said the difference in resources can make the method of evaluating a student’s predicted success unreasonable.

“I think standardized test (requirements) should’ve been waived a long time ago,” Costa said. “All the other components of the application are sufficient for you to make a reasonable judgment of your applicant.”

Related Stories:
— Northwestern was a pilot school for SAT’s adversity score to assess a student’s privilege