IFC votes “no” to SAE full membership in Monday vote 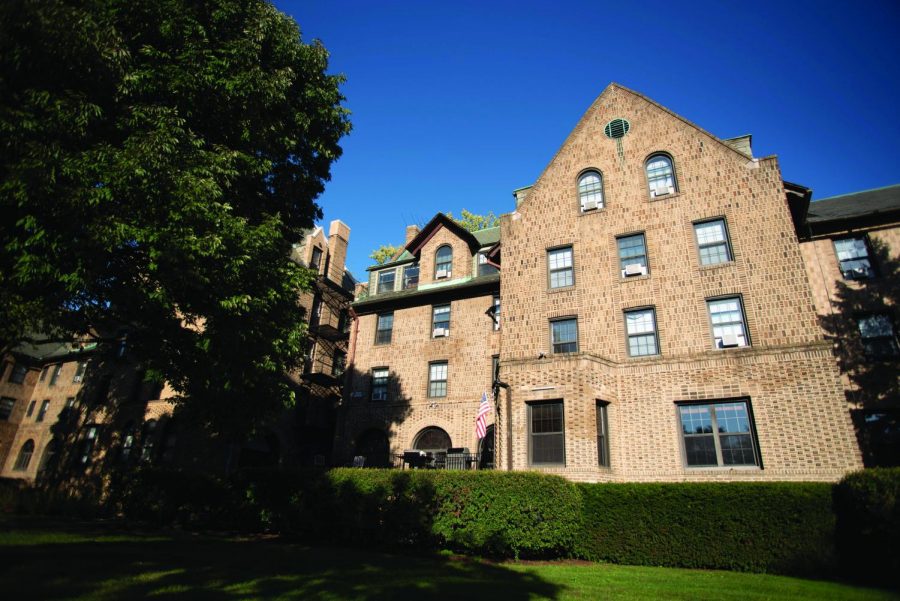 The Interfraternity Council voted against making Sigma Alpha Epsilon fraternity a full member within the organization, according to a statement sent to The Daily from IFC.

If passed, the Monday night vote would have enabled the fraternity to vote in bi-weekly President’s Forums and have a chapter member serve on the IFC executive board as a full, rather than an associate, member.

The decision contrasts a Friday email sent from the IFC Executive Board to chapter presidents urging them to vote in favor of full membership.

The University previously investigated SAE after receiving several reports of alleged sexual assault and druggings made in early 2017, but ultimately opted against pursuing disciplinary action.

In May 2017, the chapter was suspended for hosting social events in violation of its probation and providing alcohol to minors. However, in September 2018, IFC allowed the chapter to rejoin the organization as an associate member despite voting the previous year to cease recognition of the chapter until 2021.

Monday’s vote was passed by a simple majority. However, the exact voting results won’t be made public. According to Jayden Logan, the president of IFC’s Executive Board, votes are normally conducted in this nature.
Henry Alford, the president of the University’s Delta Chi chapter, told The Daily he voted “no” on behalf of his fraternity.

“I wanted to take a stand against the way that the school has been handling the situation and the way SAE has been trying to go back on campus and establish themselves,” Alford said.

Alford also explained that his vote was cast against SAE’s national organization, who he said he believes is partially responsible for what happened in 2017 and somewhat responsible for the lack of accountability that resulted.

On Saturday, Logan said the SAE national organization has pushed for the chapter’s full membership.

Officials from SAE’s national headquarters did not immediately respond to The Daily’s requests for comment.

Although the University did not pursue disciplinary action against SAE after multiple reports of alleged drugging and sexual assault, the IFC Executive Board acknowledged in their Friday email that many students on campus still associate SAE with the investigation.

In response to that association, the Board wrote that SAE has been very active in encouraging members to get involved with Wildcats Advancing Total Campus Health, which provides Red Watch Band Bystander Intervention Training, and has sought out opportunities to get involved in other peer health education groups.

On Saturday, Logan told The Daily that prior IFC executive boards refined SAE’s previously imposed sanctions to include work with toxic masculinity and sexual assault prevention.

However, not all IFC members believe those measures were sufficient.

Ian Braud, the president of Northwestern’s Pi Kappa Alpha chapter, wrote in a statement to The Daily he believes voting for full membership sends a message that IFC tolerates sexual assault. Braud told The Daily he opted for a “no” vote to keep SAE’s membership at the associate level.

“Sexual assault is not something to be taken lightly, and SAE has many more steps to take to mend damaged relationships within the Northwestern community,” Braud wrote. “Being a full member of IFC is a privilege rather than a right, and we as a chapter feel that SAE must show a dedicated commitment to distancing their chapter from the unacceptable actions that transpired in 2017.”

Afnan Esheikh, president of the University’s Panhellenic Association, said on behalf of the PHA Executive Board that it does not endorse nor support any organization facing serious allegations. In a statement to The Daily, Elsheikh said the PHA “will continue to hold IFC to a higher standard.”

The University’s SAE chapter said in a statement to The Daily that while they were disappointed with the results of the vote, they are still hoping to work with the community at large.

“We have done everything mandated by IFC including but not limited to: participating in IFC men’s retreats, going to elections regardless of not having a vote, always completing workshops, having excellent attendance in Presidents-forums, as well as actively participating in healthy dialogues,” wrote Shuhey Wada, the president of the University’s SAE chapter.

Wada also noted the fraternity’s involvement with community service, including virtually tutoring K-12 students who may not have the facilities to learn sufficiently amidst the COVID-19 pandemic.

In the Friday email, the IFC Executive Board wrote that while individual chapter presidents will not be held directly accountable for the vote’s results and its consequences, the results will carry over into Fall Quarter.

Following the vote, Logan said SAE’s future within IFC is still to be determined. He added, however, that SAE will continue to work with the IFC Executive Board going forward.

Additionally, Logan said any future steps SAE must take to achieve full membership will be decided by the other fraternity presidents.

“As a result of the ‘no’ vote, we informed them that they would have to do a lot of the work and come up with a path forward for SAE that not only represents their values and the values of their chapters so SAE has something to strive for,” Logan said.

Alford said in the future, he wanted to see SAE take responsibility for allegations publicly.

“I would like to see them apologize in a public fashion for what happened and take some accountability,” he said.