89th Waa-Mu Show, “State of the Art,” to be performed for select audience over Zoom 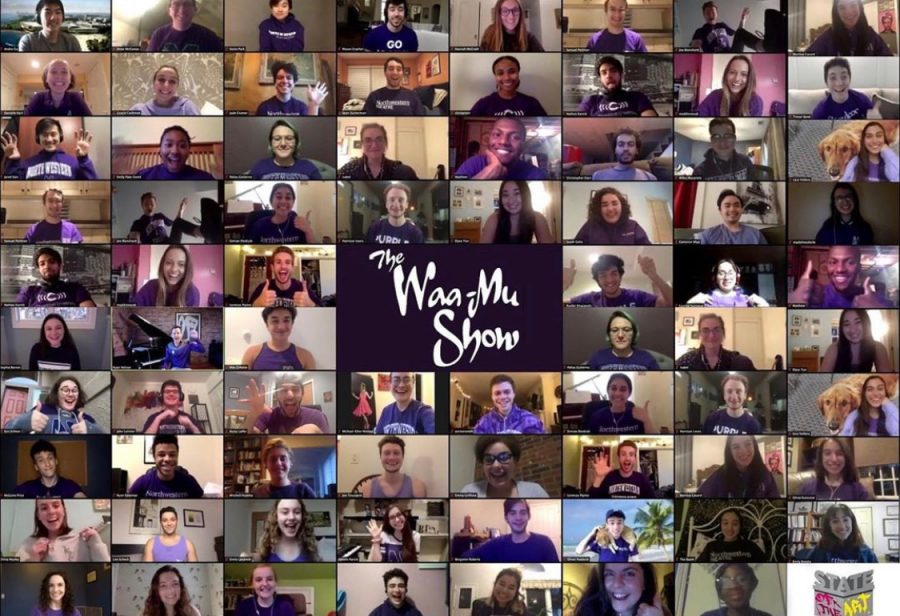 Courtesy of The Waa-Mu Show

Waa-Mu’s 89th Zoom production “State of the Art.” 2020-21 members are currently preparing for this May’s show.

Opening night of the 89th annual Waa-Mu Show will look a little different this year than usual. Instead of watching actors take the stage in Cahn Auditorium, audience members will tune into a full reading of “State of the Art” by clicking on a Zoom link.

“Obviously it’s not the same as doing it live,” co-chair and Communication senior Leo Jared Scheck said. “But doing it live is impossible and this is the next best thing.”

Around a week after the University announced it would go remote for the first few weeks of Spring Quarter, the Waa-Mu leadership team came together to discuss options. The group ultimately decided to proceed with “State of the Art” to honor all the work that students had already put into the show. Set in the future, “State of the Art” touches on themes of resistance and class inequity as it chronicles a group of artists vandalizing renowned works of art.

Scheck added that Waa-Mu has always been process- and education-oriented first, and that the actual performing of the show has always come second.

“What’s important for us is that we get to preserve the songwriting process, the book writing process, the process of orchestrating and arranging the music, and allowing the actors to be able to sink their teeth into new material that’s constantly being rewritten by our writers,” he said.

In the past few weeks, actors and musicians have been busy rehearsing over Zoom. While they’ve been able to practice dialogue and solos more easily, trying out group numbers has been challenging, since multiple people singing over video alongside a piano doesn’t line up.

However, with the help of audio software like Finale and Logic Pro X, the music team has overcome that hurdle.

“So by the end of a two-hour rehearsal, we could play back the entire… number for the cast with all the different harmonies overlaid,” lead orchestrator and Bienen junior Ben Roberts said. “It was really neat.”

Elyse Yun, a member of the ensemble, said she was initially worried that she wouldn’t have much to do this spring, since she knew her role involved lots of choreography and staging.

However, she’s still been busy attending rehearsals and sending in recordings of her parts.

“They’ve really been utilizing our presence in the space in order to get a vision for what the show will be,” the Communication freshman said. “A lot of it has been workshopping the songs and using our different harmonies to figure out different tempos, and it’s really interesting to see how the show is written and workshopped throughout the process.”

The Zoom performance on May 1 — which is open to invited guests like musical theater faculty, friends and family of the students involved, and donors — will feature live dialogue and solos and the spliced-together recordings of group numbers.

Though he’s disappointed that the Waa-Mu Show won’t happen the way it normally does, Scheck said he’s pleased with the way the organization has adapted.

“It makes me proud that everyone involved in this organization has shown such a strength and fortitude and courage and a willingness to charge ahead even when things are difficult,” Scheck said. “The coronavirus pandemic isn’t going to stop us from making the art that we’ve been working on for so long.”