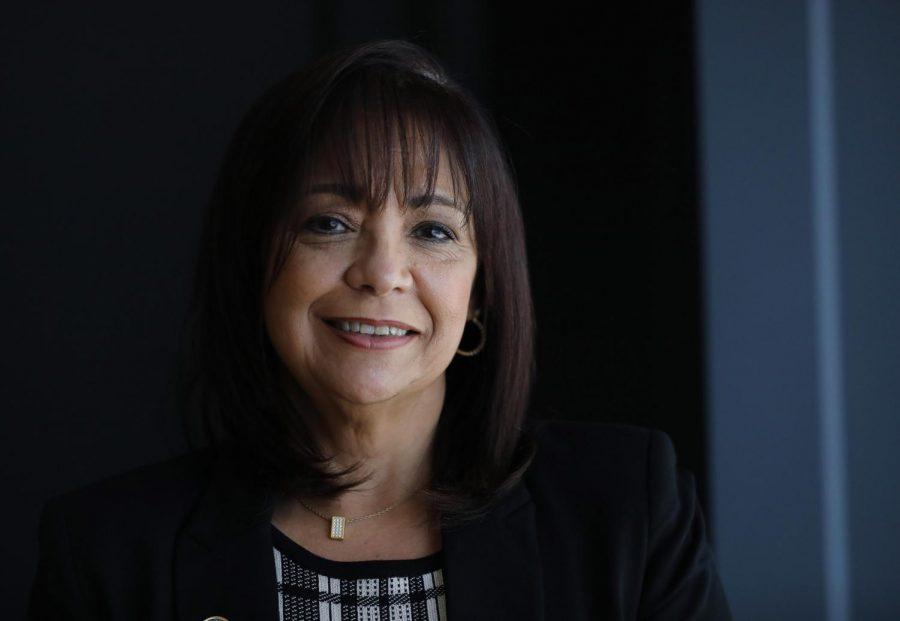 In a crowded primary field, Martinez defeated three other Democratic opponents after Democrat incumbent Dorothy Brown decided not to seek reelection for a sixth term. In a close race, Martinez captured 34 percent of the vote, followed by Cabonargi, with 26 percent.

The win comes after she failed to receive endorsements from the Cook County Democratic Party, several newspapers and the Democratic Party of Evanston. When the DPOE held its endorsement meeting in February, Cabonargi — a Democratic Party leader within the 9th Congressional district — won 112 of 209 votes, while Martinez received 11 votes.

“Michael Cabonargi is one of our biggest and strongest supporters,” DPOE president Michelle Jordan said. “Every event, he comes and supports us, and he is also very involved locally. I think [Martinez] probably understood that this was essentially Cabonargi’s backyard.”

However, DPOE did not officially endorse a candidate for Cook County Circuit Clerk at the meeting, because no candidate received the two-thirds supermajority required for a DPOE endorsement. The Cook County Democratic Party endorsed Cabonargi.

DPOE political committee chair Greg Andrus, who ran the February endorsement meeting, said many DPOE members did not know who Martinez was because they never had the opportunity to meet her.

“For down-ballot positions, like the Cook County Circuit Clerk, people tend to find out about candidates at the endorsement meeting,” Andrus said. “Unfortunately, there was a last-minute schedule change, so Martinez wasn’t able to come.”

Jordan said the DPOE will support Martinez’s candidacy in November.

Martinez, the first Latinx woman elected to the Illinois Senate — and to serve as assistant majority leader — has served her district since 2003.

Martinez said she decided to leave Springfield to run for the clerk position because she heard the clerk’s office was “dysfunctional.”

“What I heard consistently from constituents coming to my office was that they were really criticizing their experience at the clerk’s office when they have gone to apply for child support or apply for order protection,” Martinez said.

Brown held the position since 2000, but a string of scandals and controversy clouded her 20-year term. In 2015, two Brown aides were convicted for perjury during a federal investigation. Additionally, the office received criticism for failing to update its process for collecting, keeping and distributing court case files.

Martinez said she hopes to reform the office she describes as the “entrance to our judicial system” by improving its customer service, modernizing its technology and restoring its reputation.

In November, Martinez will face Republican challenger Barbara Bellar, who ran unopposed in the Republican primary.