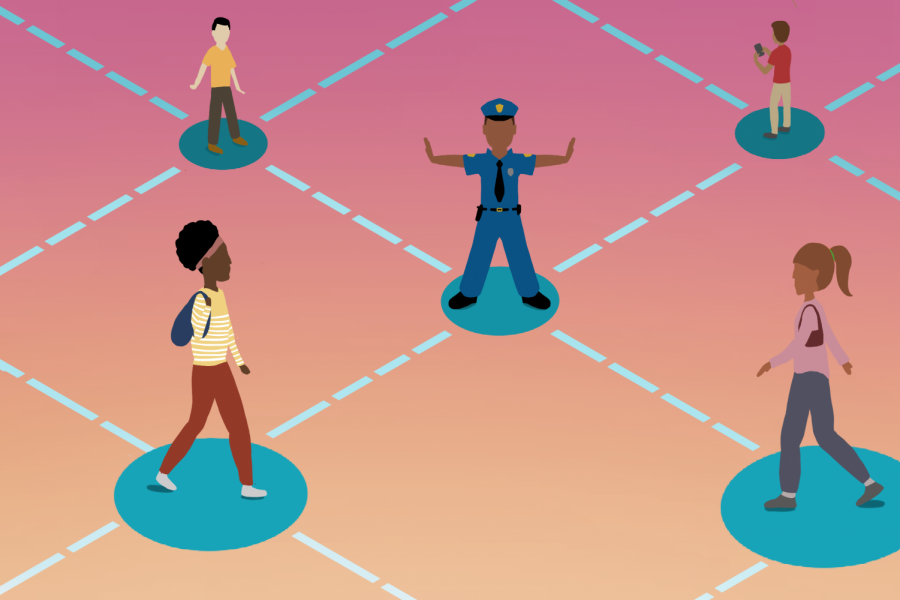 Since the outset of COVID-19, the Evanston Police Department hasn’t taken any punitive measures beyond verbal warnings against Evanston residents for violating social distancing guidelines. But as of Monday, residents may be fined $150 or more for engaging in activities that spread disease.

The fine is part of a new amendment to an ordinance aldermen unanimously passed at Monday’s City Council meeting. A fine can be issued for violating any of the city’s public health guidelines, such as gathering in large groups or not wearing masks, Health and Human Services Department director Ike Ogbo said.

Officials will give residents warnings before issuing fines, Ogbo said. To date, the city has not issued any fines, but has sent letters to non-essential businesses they believe aren’t observing current health guidelines.

“It’s not a revenue generator for us,” Ogbo said. “If push comes to shove, this is a last resort for us to gain compliance.”

Evanston Police Cmdr. Brian Henry said EPD has received “no blowback” from Evanston residents for enforcing social distancing. He said people tend to adjust their behavior immediately after a warning.

When EPD receives a call, Henry said responding officers will go to the site in question. If the caller provides a description of the individual who they say violated social distancing guidelines, the officers will attempt to identify the subject, Henry said.

Most often, police arrive on site and don’t observe social distancing violations, he said. In these cases, officers will notify residents at the site that EPD received a call about their behavior and remind them about the new public health regulations. Then, they remind subjects of Gov. J.B. Pritzker’s stay-at-home order and instruct them to remain at least six feet apart, he said.

“We’re looking for compliance,” Henry said. “We’re not looking to fine people and be punitive. If there’s calls on it, we’ll respond and remind people.”

EPD advises officers to put on personal protective equipment, like gloves and masks, Henry said. Sometimes officers need to mobilize quickly and do not have PPE in their possession.

In general, for minor offenses and charges, Henry said EPD has opted to use ordinance citations more frequently in place of custodial arrests to minimize in-person contact.

Crime is down 10 percent overall in Chicago since the start of the pandemic, with drug arrests dropping 42 percent since Pritzker issued the stay-at-home order, according to the Associated Press.

Emergency medicine doctor Michael Slater said he has seen a dramatic decrease in trauma cases like car wrecks lately. Slater said he still sees cases of interpersonal violence, but not at the frequency he’d typically expect for the spring season.

Henry said the department has received substantially fewer calls about traffic accidents and has issued fewer traffic citations since Pritzker announced the stay-at-home order in March.

“People are home,” Henry said. “They’re not going to work. I think it’s a direct result.”