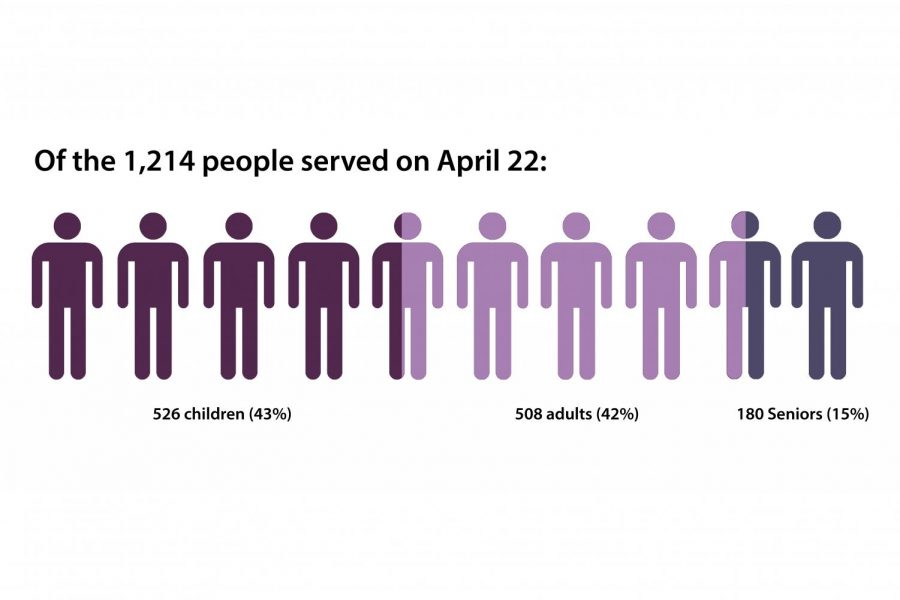 Prior to the pandemic, between 12 and 20 percent of Evanston residents were already experiencing food insecurity, according to the Greater Chicago Food Depository.

On the opening day of the emergency food pantry, supplies ran out within an hour. The following distribution day, the city increased supply by 100 boxes of food, Ald. Cicely Fleming (9th) said.

Each box contains $20 worth of protein, fruits, vegetables and non-perishables, purchased from local store Valli Produce.

The city converted the space — originally a Parks and Recreation building — into a pantry in less than a week, Fleming said. The new pantry is scheduled to run through May and is open every Wednesday from 11 a.m. to 1 p.m., or until supplies last, according to a news release.

Patrons are encouraged to drive to pick-up sites to minimize in-person contact and are required to show identification confirming their Evanston residency, such as a driver’s license, passport or student ID.

Northwestern University’s Department of Neighborhood and Community Relations redirected $25,000 of its budget to jumpstart the pantry, supporting food and supply purchases, executive director Dave Davis said. While the department typically supports a variety of nonprofits and other organizations in Evanston, it rarely sends this much money to one specific city program, he said.

“We felt there was an opportunity for the university to play an important role in combating one of the most urgent issues facing the city of Evanston,” Davis said.

Community members can also contribute funds to the food pantry at James Park on the city website.

Fleming said she thinks Evanston residents will rely on services like the pantry — which is currently set to run through May — long after the shelter-in-place order lifts.

“We really need to assess the need before we close the pantry,” Fleming said. “We’re going to see this economic hardship for some time… I would hate for (participating families) to lose this one sense of security. The mortgage and the light bill are going to start kicking on, and anything we can do to relieve those financial pressures, we need to keep on doing.”