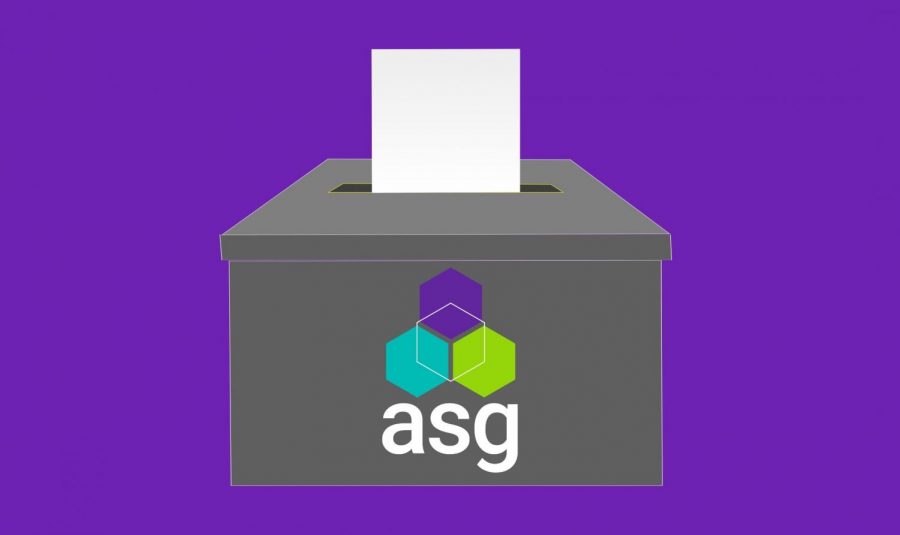 Bienen senator Megan Radcliffe, an election commission member, moderated the debate, during which each ticket answered questions submitted beforehand by students. Candidates were also given the option to offer a rebuttal to the other ticket’s answers or strengthen their own at the end of each question section.

During the debate, the candidates discussed improving the rights of marginalized students, sustainability, financial and social wellbeing and ASG itself.

Both tickets agreed on several issues, such as supporting divestment from fossil fuels, tuition adjustments, and standardizing pronouns and chosen names across all university platforms.

Both campaigns identified staffing issues within Counseling and Psychological Services as an area for improvement; Conte said there was a need for counselors trained to support transgender and nonbinary students as well as survivors of sexual assault. Singh said she would advocate for increasing the number of CAPS and academic staff devoted to supporting students with learning disabilities.

A recurring theme in Conte and Zuniga’s responses was competency training for NU faculty and financial aid administrators, as well as bias training for professors so they would be better educated when dealing with financial inequities and respecting gender identities.

Conte and Zuniga also brought up increasing support for programs on campus. The two advocated for Student Enrichment Services’ laptop loan program to be changed to allow students to keep the laptop and for increased funding for programs such as Books for Cats and sustainNU.

Reid and Singh emphasized collaborating with student groups, such as working with Fossil Free NU on divestment and developing sexual health and identity curriculum with Sustained Dialogue and SHAPE. Reid said they hoped to develop a response to potential sexual misconduct allegations against ASG members that would “center survivors” and become a model for other student groups to use.

They also advocated for using spare ASG money to support first-generation low-income students and enforcing the University’s promise to pay dining workers during the COVID-19 outbreak.

The two campaigns clashed when discussing their plans to improve financial aid at Northwestern. In her response to the question, Conte identified that the opposing ticket’s platform point to not deduct scholarships from students’ financial aid was illegal under the Higher Education Act of 1965.

“If that’s in our platform, we will take it out, because we know that’s illegal, and we had it up there for a joke because we were like, ‘We wish this didn’t happen,’” Reid said in response to Conte. “That’s definitely not something that we’re going to push for because we don’t want Northwestern to lose federal funding.”

Each ticket ended their closing statements emphasizing the election’s importance in representing students’ voices during the University’s response to the current outbreak.

“I cannot stress enough the actual importance of what this election means in terms of dealing with the rest of this year as emergency response,” Zuniga said.

“In this time of uncertainty, students deserve to know that the people representing them understand the issues that they’re advocating for and advocate with them,” Reid said.

The debate was recorded and available to watch on YouTube.