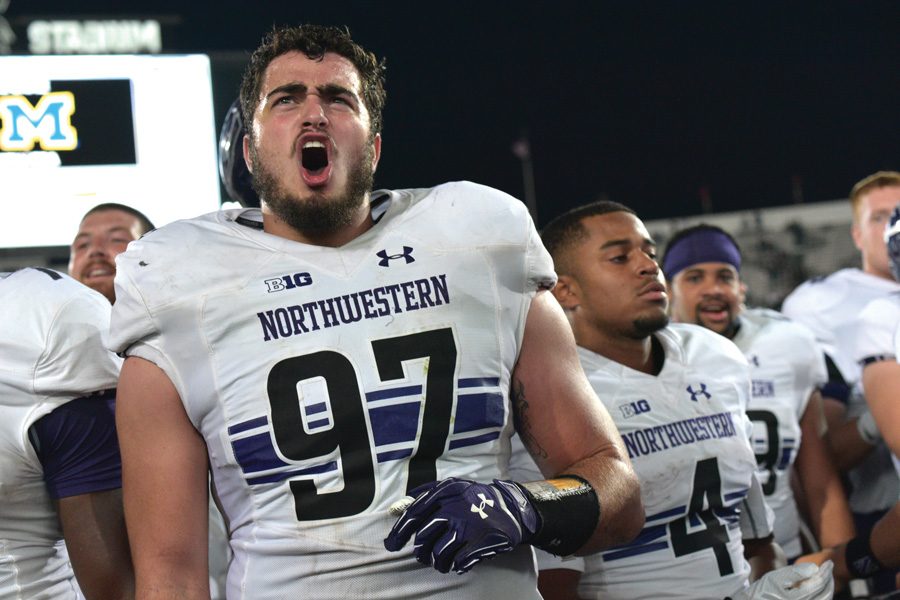 Joe Gaziano celebrates after a 2016 win. The former Northwestern defensive end was signed by the Los Angeles Chargers as an undrafted free agent on Saturday.

The Wildcats’ record holder in sacks didn’t hear his name called in the seven rounds of this weekend’s remote NFL Draft, but news of his signing with the Chargers broke just minutes after the Draft ended.

Should he make the team, Gaziano would join NU’s all-time leading rusher, Justin Jackson, in Los Angeles. Jackson, a seventh-round pick in the 2018 Draft, has totaled 563 offensive yards and two touchdowns as a backup running back for the Chargers the last two seasons, and seems poised to take on an expanded role for the team this season.

This marked the first time since 2014 that a former Cats player was not selected in the Draft. Defensive tackle Alex Miller and center Jared Thomas also featured at NU’s pro day in March, but at the time of publication had not signed with any NFL teams.