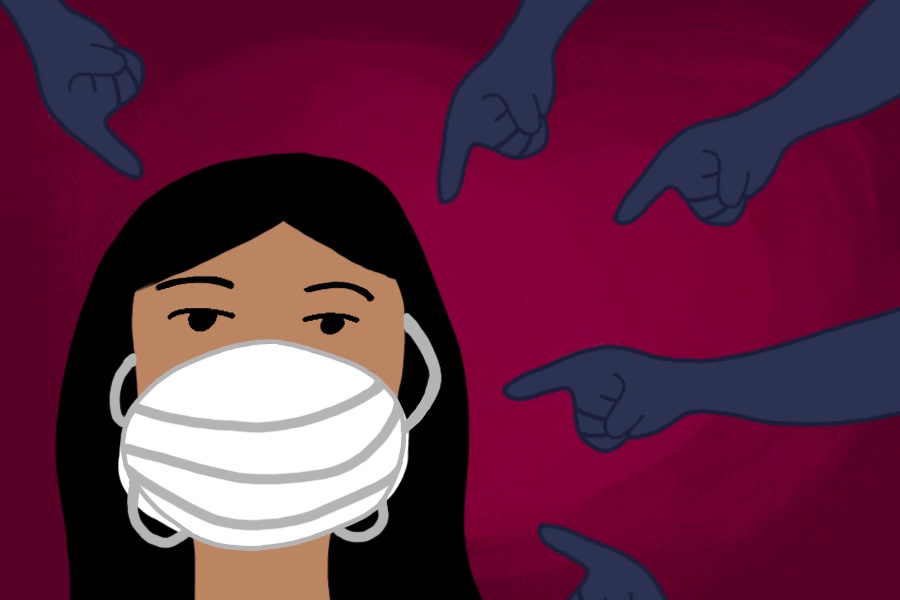 Medill prof. Mei-Ling Hopgood hosted a virtual discussion on the racism Asians and Asian Americans are facing during the COVID-19 pandemic. “I hope the event helps students feel supported,” she said.

Medill Prof. Mei-Ling Hopgood led a discussion Friday about the racism, xenophobia and discrimination Asians and Asian Americans are facing during the COVID-19 pandemic.

Since the start of the pandemic, anti-Asian hostility has increased dramatically, ranging from online hate comments to violent physical attacks. Hopgood told the Daily she decided to hold the dialogue in order to address the increasingly troubling trend. Eleven people attended the event, which was held over Zoom.

Hopgood told the Daily she organized the event to help Asian students feel supported and let them know what options they have when dealing with harassment. Students were invited to share their own experiences and receive advice about what to do. Hopgood recounted her own family’s experience with prejudice, describing how her children heard their peers making anti-Chinese comments.

Jod Taywaditep, a psychologist at Counseling and Psychological Services, spoke about how Asian Americans have traditionally been treated as “the perpetual stranger” in the United States. On the psychology of bigotry, he said prejudice and hatred are often built on a foundation of other emotions, such as fear of the unknown.

Several students described how they would respond if confronted by anti-Asian bigotry, after which Taywaditep gave some suggestions. He said the decision to try to change the person’s mind depends on the situation, but that safety should be prioritized.

“It’s not going to be helpful for you to get hurt,” Taywaditep said. “You’re not changing the world by being hurt.”

He also shared tips from the website Teaching Tolerance, which provides resources emphasizing social justice and anti-bias. The organization recommends intervening when someone is the target of prejudice by using the acronym IQEE, meaning interrupt the situation, question the perpetrator as to why they believe the things they are saying, educate them as to why what they are saying is untrue or harmful and echo others who have stepped in to help.

Hopgood said she suggests using journalism techniques to deal with bigotry by being less emotional and putting on “the kind of professional persona that I would put on when I would interview an accused murderer.”

Students should report any harassment or discrimination they experience to the University, Hopgood said, even if they are off-campus. Taywaditep directed students to resources on CAPS’s website for dealing with xenophobia and anti-Asian racism.

Hopgood said she suggests students journal about their experiences, both as a means of personal reflection and to help record what happened during what she believes will be a turning point in history.

Taywaditep concluded the event by telling students to “lean into your history as Asians and Asian Americans” in order to deal with this difficult time.

Medill freshman Dan Hu, a former Daily staffer, said he attended the event to hear other people’s stories and was “pleasantly surprised” with the tips that were given.

“I’m really thankful that they held this event because there has been a lot of prejudice going on around in the world,” he said. “This really showed that those people were there for us.”

Hopgood said she hoped the event wouldn’t be the last time students discussed what can be done about anti-Asian racism.

“I hope the event helps students feel supported,” she said, “and I hope it’s the beginning of a dialogue about what we can do to counter some of this anti-Asian rhetoric and harassment and attacks.”