Podculture: The Band Plays On 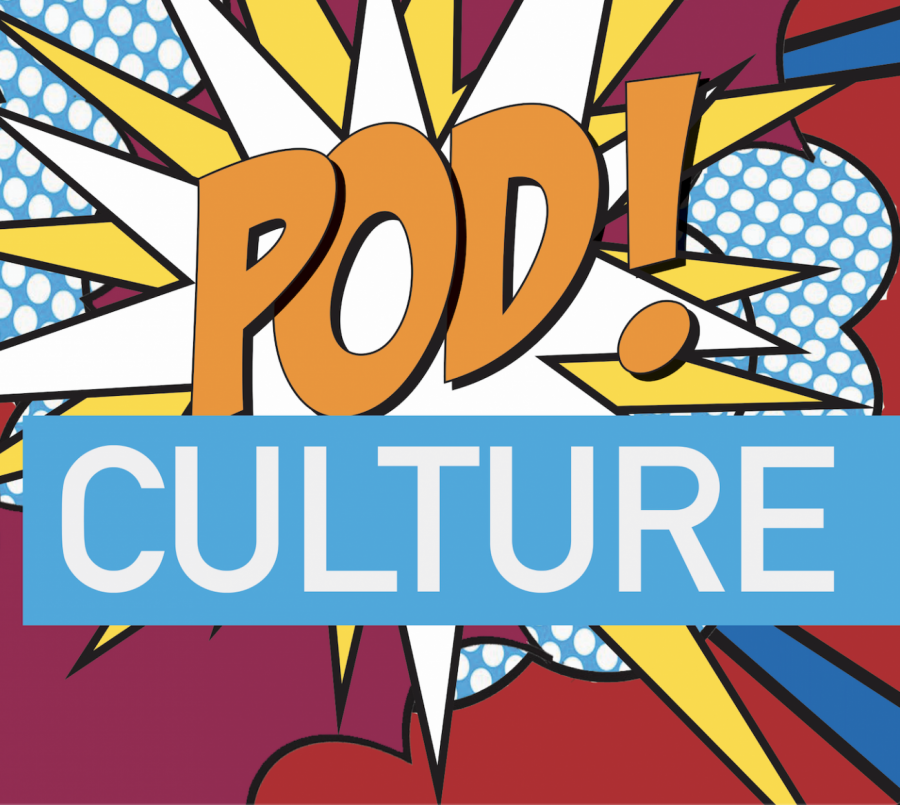 Wilson Chapman, The Monthly Editor
The Daily Northwestern · Podculture: The Band Plays On

For these Evanston concert venues, not even a global pandemic can stop the beat. Podculture talked to Studio5 and Evanston SPACE about their virtual concert series, and how they’re keeping themselves afloat in a time where in-person concerts aren’t possible anymore.

WILSON CHAPMAN: From The Daily Northwestern, I’m Wilson Chapman. Welcome to Podculture, a podcast covering the arts on and around Northwestern’s campus. When Illinois declared a stay-at-home order to address the coronavirus pandemic, one of the hardest hit businesses was live music. To combat this, many venues have begun livestream concert series to raise money for their workers and keep themselves operating. In this episode, I talked to the people at Evanston SPACE and Studio5 about the virtual concert series they launched and their plans for the future in these unprecedented times.

STEVE RASHID: Coronavirus hits us and every place in the world shuts down. Now there isn’t a jazz club, probably in the world, that’s active right now. And, I suddenly realized that I’ve got 194 performances recorded with great video, and it’s almost like a snapshot of Chicago jazz in the last five or six years.

WILSON CHAPMAN: That was Steve Rashid, founder and artistic director of Studio5, a performance center in Evanston that hosts jazz performances, dance shows and film screenings. Studio5 has been operational for six years, and every performance hosted at the center is recorded for promotional use.

STEVE RASHID: So the idea with making some kind of online content was, well what if we take this and sort of expand what we’ve been doing live and turn it into something that would be online. So we take highlight clips from the shows that we’ve done and then in a Zoom conversation have the musicians who were involved in that particular performance with us live, line now. So archival performances, live conversations with the artists who made it possible, behind-the-scenes stories kind of like a friend of mine said it’s like live liner notes.

[Things Are Looking Up by George and Gina Gershwin]

STEVE RASHID: This is a way that we could engage the musicians with a performance that’s already happened and give our audiences something that they could watch. In addition, we added a comment section, so audience members can type in comments. We’ve been charging $5. I put this behind a paywall, but the money that is generated is split between the musicians who were involved that evening and the technicians who are making this possible, and we have incorporated a virtual tip jar so people can tip if they feel like being more generous.

WILSON CHAPMAN: Rashid said that the response to the concert series has been great and has shown how many people miss getting to see live music.

STEVE RASHID: I think we had 120 people the first time. We had a few less the second time. Our first attempts at doing this, I opened myself up intentionally for feedback because I don’t know what I’m doing, quite frankly I really don’t. And because my perspective is so skewed because I’m doing so many things at once when the show is going. And so we’re making adjustments as we go. But the response has been overwhelmingly positive. I’ve been getting a lot of emails before we even did this from people who are patrons of Studio5, saying, “We really miss coming to your shows,” and, you know, just trying to reach out. We have this platform now, people can kind of come together.

KRISTEN MITCHELL: We heard from a lot of artists and especially past SPACE performers who were looking for an outlet, not even necessarily to make money but just to continue creating art and a space for people to come together and experience music together. I think we’ve all been missing that. So we kind of took the pulse on our customer base and the artists who had played and realized that there was a need and a want for that space to exist. And obviously right now, the only place for that to exist is on the Internet.

WILSON CHAPMAN: That was Kristen Mitchell, the manager of music operations and creative services at SPACE. Mitchell helped organize the series, which occurs every Monday, Wednesday and Thursday.

KRISTEN MITCHELL: Right now the platform — the way it works is that we have artists take over our SPACE Facebook page; they’re essentially going live from their computers, their iPads or their phones from their living rooms. But reaching our SPACE audience directly through that platform. There’s a virtual tip jar, so while folks are watching, they can make a donation through PayPal. Then we’re splitting those proceeds 50/50 with the artist and our SPACE staff.

WILSON CHAPMAN: The first session brought in more than $1,000 in just an hour.

KRISTEN MITCHELL: Viewership has been really high. I think on the first one, there were about 500 people tuned in at one time.

WILSON CHAPMAN: Although the series has helped them raise money, the lack of in-person revenue continues to be a struggle for Evanston SPACE, and its reopening date remains unclear.

KRISTEN MITCHELL: In terms of scheduling, we have decided to cancel or postpone all shows through the end of May, which is actually a little bit beyond what local health officials and the CDC has recommended, but we just feel that people aren’t going to be necessarily comfortable coming back to live music for quite some time. Some artists have already rescheduled for later in the fall or later in the summer. And then other shows we’ve just outright canceled, and we’ll work with the artists to try and reschedule at a later date.

WILSON CHAPMAN: SPACE Evanston launched a GoFundMe mid-March, agreeing to match donations to the campaign up to $10,000 to support their workers. This goal was met on the first day. As of April 19, the GoFundMe has raised more than $26,000 dollars.

KRISTEN MITCHELL: We just feel really lucky to have that kind of support and a customer base that’s sticking with us through this hard time.

DAVID RAMIREZ: I’ve had a relationship with SPACE for maybe seven, eight years. I’ve played the main venue, and then I’ve also done really nice intimate settings in the back studio for a handful of folks and I love that room. Kristen the promoter, she’s always been very kind and hospitable and invites me up. When she was planning this whole thing and getting it all together, she was kind enough to invite me. And obviously I said yes, because that whole organization has been very sweet to me since the first moment I walked in that door.

WILSON CHAPMAN: For many working musicians like Ramirez, touring is how they make most of their money; without it, the economic loss can be difficult to withstand. Ramirez is releasing a record in July, and planned a tour in the South and in Europe, only to have those shows canceled.

DAVID RAMIREZ: There’s not a lot of money that comes in digitally with the streaming sites that exist — Spotify, Apple Music, and whatnot. The revenue in which a musician or a band sees from that is pretty minimal. But what those services really do offer is that you don’t have to be in a certain city to log on to the radio to hear about a band. You get to broadcast your music all over the world, which is great, but you have your fingers crossed that as you tour people show up and they buy tickets and buy merch. So, yeah, without touring, there’s no money coming in. So, now we’re all in a very interesting space.

WILSON CHAPMAN: When the coronavirus first hit and venues started closing, Ramirez complained about all of his upcoming shows getting canceled. But then reality hit him.

DAVID RAMIREZ: I realized that that’s a terrible way to approach this whole thing. I can’t complain; there are people going through far worse situations right now and I’m happy that I’m safe and relatively sane here in my own home. But it’s a huge financial hit for sure. I’m not Lizzo, you know, I don’t have that kind of cash, so not being able to go out on the road right now for somebody in my position in the world, it’s difficult.

WILSON CHAPMAN: In spite of the hardships, the pandemic has reminded Ramirez of the value that concert performances can provide.

DAVID RAMIREZ: That’s why I love playing music as much as I do because it can bring all types of folks together. So why I think it matters now to maintain that is even though it’s not as connected as it would be in a venue, it’s still trying our best to maintain some level of connectivity with folks around the world, especially in a time where people are uncertain. There are millions and millions of question marks, like how long is it gonna last? Are the people I love going to be safe and healthy? Am I going to be safe? Am I going to lose my mind? There are millions of questions. It’s really nice to have a consistent presence of like, “Hey, for 30 minutes to an hour, put all those questions aside, pour yourself a drink. And in the best way we can possibly know, let’s try to have a conversation, play some music and maybe escape for a minute.”

WILSON CHAPMAN: That’s it for this episode of Podculture. Be sure to check out the latest issue of The Monthly on the Daily Northwestern’s website. See you next time.

WILSON CHAPMAN: This episode was reported and produced by me, Wilson Chapman. It was edited by Molly Lubbers and Kalen Luciano and Heena Srivastava. The editor in chief of The Daily Northwestern is Marissa Martinez.