“Under the Table,” the fourth track on “Fetch the Bolt Cutters,” opens with Fiona Apple singing, practically whispering, “I would beg to disagree/But begging disagrees with me.” It’s a sparse acoustic intro, but the song, which focuses on calling out a douchebag boyfriend at a dinner party and refusing to back down, is loud and furious. Come the bridge, Apple spits out that same line ferociously, surrounded by a cacophony of backing vocals and the heavy thumping percussion that characterizes the sound of her fifth album. The line encapsulates the attitude and the viewpoint the artist is bringing to this batch of songs: She’s defiant, she’s not afraid to speak her mind and she’s not afraid to speak it loudly.

It’s appropriate that Apple, an icon of the late ’90s who has only continued to grow as an artist in the two decades since, is having a moment in the age of the coronavirus for two reasons. The first is that she’s been social distancing long before that phrase was on most people’s radar: Apple produced “Fetch the Bolt Cutters” with her collaborators Sebastian Steinberg, Amy Aileen Wood and Davíd Garza from her home in Venice Beach, which she very rarely leaves except to take her dog on walks.

The second is that her music, and the evocative way it captures the chaos of the human mind, is uniquely well-suited to this current moment in time, when we’re all stranded in our homes with nothing but our brains to keep us company. 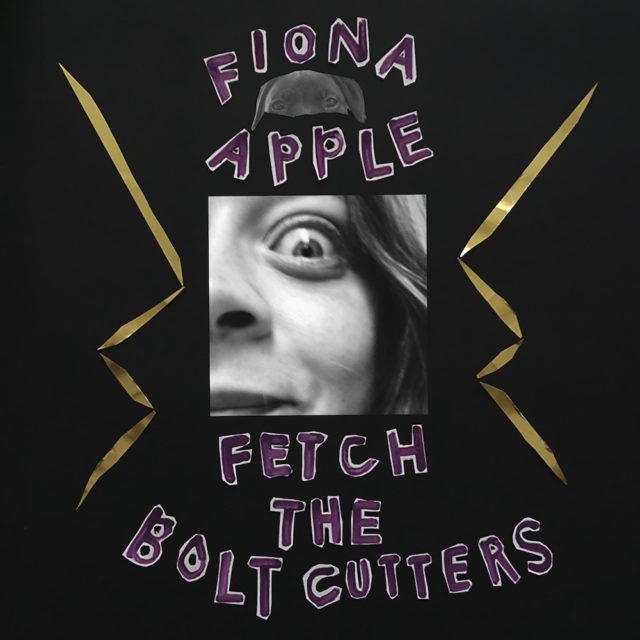 After a few years largely out of the public eye, Apple received a renewed level of public interest following the release of Lorene Scafaria’s “Hustlers” back in September, which featured an instantly iconic scene of Jennifer Lopez stripping to Apple’s 1997 alternative rock hit “Criminal.” In the wave of press and magazine coverage that followed, she hinted that a new album was on the way, one she has been working on since 2015 and her first after the release of “The Idler Wheel” in 2012.

In March, she released a video announcing that the album was finished. Shortly after, her friend Zelda Hallman posted on Instagram the album would be coming out on April 17, and that Apple was directly ignoring her label’s wishes to put it on hold until October, in line with other artists who have delayed releases so they can properly promote them after the pandemic. True to the themes of her album, Apple refuses to be silenced.

The thirteen tracks on “Fetch the Bolt Cutters” tackles a variety of different topics, but they all have a confessional air about them, as Apple divulges her fear, her sadness and her rage as if she has been bursting to let these feelings out. “Heavy Balloon” is a standout track that uses the titular imagery as a metaphor for living with depression, while “Drumset” focuses on feelings of isolation and abandonment. “I Want You To Love Me” and “Cosmonauts” grapple with ideas of whether romance is possible, and “Ladies” and “Shameika” explore the complex relationships that Apple has formed with women in her life.

Many songs focus on male entitlement and toxicity, from “Under the Table’s” domineering boyfriend to the gaslighter in “Newspaper” who manipulates his exes into fighting each other. This strain of songs concludes with the scorching “For Her,” a biting examination of rape culture that seems inspired, at least in part, by Harvey Weinstein.

Although Apple’s lyrics veer off into many different directions, the production ties it together in an unusual way: by being extraordinarily chaotic. “Fetch the Bolt Cutters” is a noisy album, dominated by sounds of Apple and her band slamming into several different percussion instruments at once with intense force. At certain points Apple includes ambient and captured sound, such as the title track, which contains soundbites of her dogs barking. This production gives a raw emotional strength to the songs, as if they’re unspooling fully formed from Apple’s mind. It’s complemented by her husky vocal performance, as the artist nimbly sorts through a hundred different emotions within the songs while making every single one of them feel deeply authentic.

But even though “Fetch the Bolt Cutters” feels like Apple distilling her personal emotions and viewpoints into album form, there’s something very communal about the way that people have been experiencing it, myself included. The day it dropped I found my Twitter timeline filled with memes and discussions. It was the first experience I had in a long time where an album release felt like a shared cultural event. It was the first album I managed to convince my dad to listen to that he actually liked. And I think that speaks to how singular an achievement Apple’s work is, and how firmly she has established herself as one of the great living musicians.

It also speaks to how vital her music, and her defiance, is in the strange, often soul-crushing atmosphere of 2020. “Fetch the Bolt Cutters” is a jolt of raw, nervy energy. And in a time where it’s easier than ever to sink into depression and defeat, thank God for it.