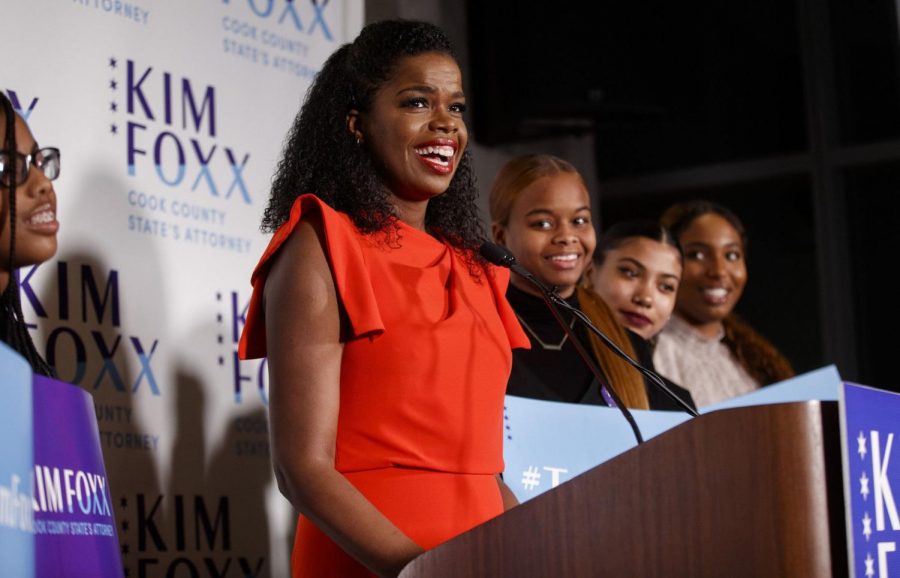 Kim Foxx won the Democratic primary for Cook County state’s attorney in March, securing a promising position for reelection in the fall.

Foxx earned 50.5 percent of votes countywide, and 62.52 percent of votes in Evanston. In November, she will face Republican Pat O’Brien. Due to Cook County’s large Democratic population, Foxx will be favored in the general election.

First elected in 2016, Foxx has pushed for the legalization of cannabis nationally, expunged marijuana convictions, deemphasized incarcerating non-violent criminals, and has advocated for mental health services. Last year, Foxx faced significant criticism for her handling of the Jussie Smollett case.

Smollett was indicted for filing a false police report in January 2019 after being jumped in downtown Chicago. He claimed his attackers were Trump supporters and that the attack was a hate crime fueled by racism and homophobia. Evidence was later released indicating the Empire actor had staged the attack. Smollett allegedly paid his attackers to jump him and sent himself a threatening letter prior to the incident.

Last month, Foxx’s office abruptly dropped Smollett’s charges, leading to much confusion and questioning. Smollett still faces a court appearance because a special prosecutor filed many of the same charges. Some thought this decision would cost Foxx the election, but her local and national supporters, including Senators Kamala Harris (D-Calif.) and Bernie Sanders (I-Vt.), have seemed to look past it.

“(The Smollett case) was irrelevant. The work that she has done in the county to end mass incarceration is just such a critical thing,” said Douglas Sharp, a leader and a core team member at progressive grassroots organization Reclaim Evanston.

Sharp has been involved in several initiatives at Reclaim Evanston in support of Foxx, including phone banking and canvassing. He criticized Foxx’s opponents, who he said “played up” the case.

Another Democratic candidate, Bill Conway, spent a large amount of money on TV ads that portrayed her as too lenient and hammered her handling of the case.

Maine Township Regular Democratic Organization, a Cook County organization, supported Conway. Jim Radermacher, MTRDO’s deputy committeeman and treasurer, cited the Smollett case as one of the other issues with Foxx.

In the end, the ads weren’t sufficient. But Conway, a former assistant state’s attorney, came the closest to unseating Foxx, with 31.1 percent of the votes.

U.S. Rep Jan Schakowsky (D-Evanston), who endorsed Foxx in 2016 and 2020, said Foxx is “so much more than that one case.” Schakowsky said Kim’s work on bail reform, as well as the county’s decreasing homicide rate and jail populations since she took office, supports electability.

“The people of the county were not buying it,” she said, referring to the negativity that was spread surrounding the case. “This was not a reason to throw out this up-and-comer star of ours who is making real headway on reducing crime and reducing incarceration.”

The Democratic Party of Evanston also endorsed Foxx. Like Schakowsky, the organization had supported her when she first ran in 2016.

At the DPOE endorsement session in February, hundreds cast their ballot for the Cook County state attorney position. To win an endorsement from the DPOE, a candidate must win a supermajority, or about two-thirds of members who vote, according to DPOE executive director Emilie Hogan.

“We have always been strong supporters of Kim’s,” said Hogan, who hopes Foxx secures a re-election win in November. “We were really glad that she won the endorsement of our members.”