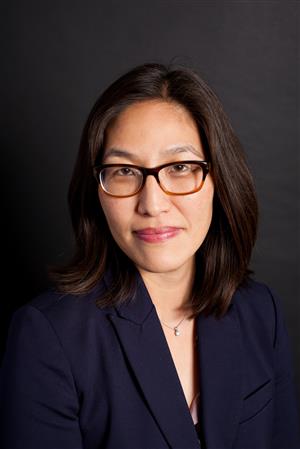 Soo La Kim. Kim will join the Evanston/Skokie District 65 school board at its April 27 board meeting.

Soo La Kim will join the Evanston/Skokie District 65 school board at its April 27 board meeting, the district announced in a news release. Kim fills a vacancy left by Candance Chow, who stepped down Feb. 10 after a six-year term.

The board intended to appoint a new member on March 23, but Gov. J.B. Pritzker’s decision to close Illinois schools in mid-March delayed the selection process. Kim was one of 23 applicants, each of whom the board virtually interviewed March 30.

Kim is the Assistant Dean of Graduate Programs at Northwestern’s School of Professional Studies. Prior to her Northwestern position, Kim managed faculty development programs as the director of Columbia College Chicago’s Director of the Center for Innovation in Teaching Excellence.

“Soo La’s perspective as a longtime educator, particularly her work in faculty support and development, will be extremely beneficial to our governance discussions,” board president Suni Kartha said in the release.

The mother of a Nichols Middle School sixth-grader and a Lincoln Elementary School second-grader, Kim is on the planning committee of the Next Steps education and advocacy series on race, equity and education. She grew up in Queens and Long Island, New York after emigrating from Seoul, South Korea at six years old.

Kim will serve under Devon Horton, who will begin his term as district superintendent July 1. Her term will run through April 2021.

“I’m excited and honored to join a board dedicated to making meaningful policy changes that promote equitable access to high-quality education for all students, and I look forward to supporting Dr. Devon Horton as he begins his leadership in District 65,” Kim said in the release.