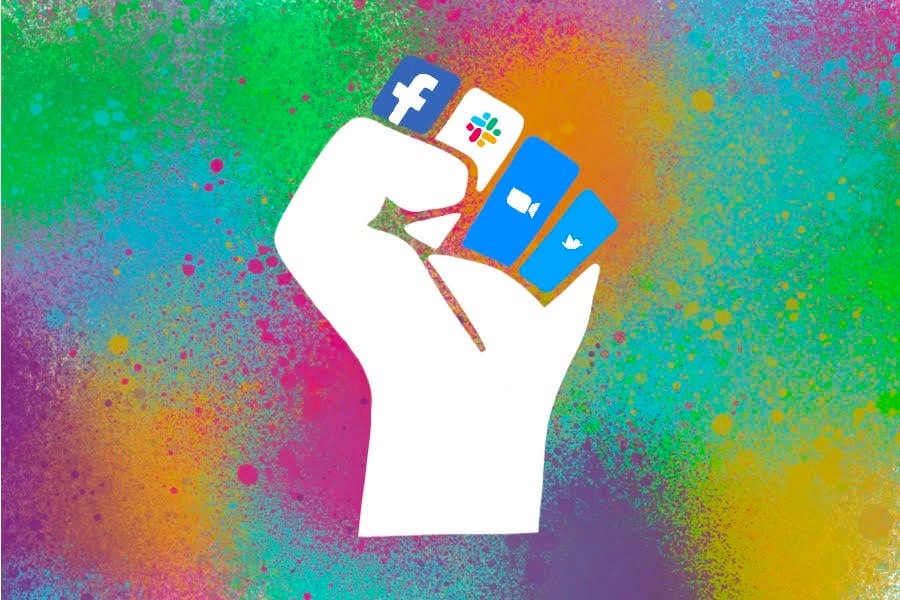 When the COVID-19 pandemic began reaching local communities, members of Students Organizing for Labor Rights were mobilizing for a living wage campaign for Northwestern’s food service workers. The pandemic has made the student group pivot their focus online to coronavirus “response and survival.”

Still, SESP senior and SOLR member Rachel Muir, said the group was able to transition swiftly into online mobilization, utilizing the contact information from the living wage campaign. Since then, SOLR has reported fundraising $20,000.

Those interested in contributing to SOLR’s emergency funds for workers could simply use the group’s Paypal link or Venmo handle to send money. SOLR also hosted an April 3 “call-in” over Facebook to urge the University to pay publicly promised wages to service workers, providing its online attendees with a script.

SOLR has found it harder to lobby through Northwestern’s community members who are influential to the University and the Board of Trustees because SOLR members are not around campus to publicly promote the club’s causes, Muir said. Previously, members would put up signs in Norris University Center and demonstrate on The Rock to form connections with people outside the network.

“Also it’s just very, very sad for us not to be able to physically see our friends who work in dining halls and Norris, as well as each other,” they said.

But their work continues. Along with increasing its online presence, the group also posted a series of cartoons to advocate for further donations and voting in the 2020 election.

starting off our week right with this super heartwarming, cute drawing from our dear Minna Natsuko Ito 😩🌺💓 thank you for…

UNITE HERE Local 1, a union representing Northwestern’s service workers, is also creating content to advocate for laid-off hotel employees and show aspects of their lives. It posted on its Facebook a video of a union member who works as a bartender making a “quarantini” as a part of a series called “Still Cooking.” The series showcases food that hospitality workers of UNITE HERE make at home.

The group has also held more traditional organizing events, such as a “virtual rally” on March 31, which featured statements from laid-off service and dining hall employees alongside UNITE HERE organizers.

Other Northwestern advocacy groups like the graduate students union report similar difficulty of organizing remotely but are trying to adapt, said Kitty Yang, the Northwestern University Graduate Workers co-chair. Remote organizing is even harder because the group can no longer knock doors and talk to colleagues, Yang added.

The group has to use its existing contacts and has found it harder to reach out beyond its network, Yang said. But online organizing, Yang noted, has also led to quicker responses and ambitious campaigns with favorable results.

Since school closure, NUGW has been advocating to extend an additional year of funding to graduate students. The union launched a #universal1yr campaign last week through Twitter, which trended in Illinois.

The union’s members have also smoothly transitioned into communicating through Slack, where channels are very active, said NUGW’s co-chair Andrew Hull. It also plans to host its quarterly general membership meeting later this week over Zoom, where Hull said everyone is invited.

“The University’s (response) has galvanized students so much, so that made it slightly easier for us,” he said. “If this pandemic had hit maybe 10 years ago with technology as it was — especially this sort of social networking and sort of productivity software — I think it would have been harder.”

Hull added that online mobilization has actually led to building stronger coalitions with peer institutions around the United States, with which NUGW is collaborating.

However, Spring Quarter is often a time of recruitment for many groups around campus, and continues to be a pivotal time for advocacy groups. Campus closure is detracting from SOLR’s plans to recruit heavily in the spring, Muir said. SOLR consists of a small group of people and the majority of their most-active members are graduating seniors, increasing their concerns about recruitment during the remote quarter.

“We were really hoping to use spring term to get more members, in not only to lighten the load on those of us who are older but (make) sure that the organization survives,” Muir said. “So one of the things that we’re imminently worried about as a group and an organization and for our health is getting freshmen, sophomores and juniors into our organizations to start helping out.”