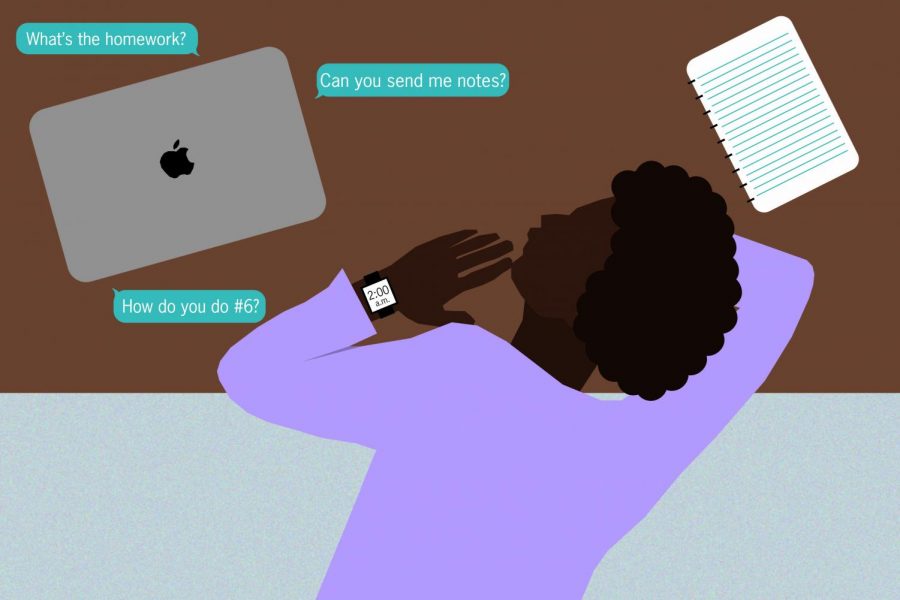 With coronavirus moving classes remote, some international students have had to take classes late at night, or watch them asynchronously. “Everything would be better if I could be (in) a class with a professor,” McCormick freshman Felix Haba said. “But I don't think there will be a significant gap. I’ll make up for it.”

Some Northwestern international students have had to adapt their class schedules to huge time differences after returning home for remote learning Spring Quarter.

With the coronavirus pandemic dispersing the student body around the world, international students across continents including Europe, Africa and Asia have had to take classes at Central time zone hours while living in drastically different time zones. Some students can only watch recordings after class, while others contact professors to tailor the classes to their time zones.

Communication freshman Jonyca Jiao, who is taking online classes in Xi’an, China, said she has private voice lessons once every week at 10 p.m. in her local time.

“You are not supposed to sing at that time,” Jiao said. “At night, your vocal cords are probably really tired after all day of talking… also I’m afraid I would make too much noise for neighbors at their bedtime.”

However, this is the earliest time slot that works because of the 13-hour time difference, since 10 p.m. Chinese Standard Time is 9 a.m. Central Standard Time.

Jiao said that although she watches recordings for most of her classes, she attends a history class discussion that meets from midnight to 12:50 a.m. every week.

“I feel so sleepy, I wanna sleep,” Jiao said. “They actually gave me the option that I don’t have to participate synchronously… but since I only have one (discussion that meets so late), I was like, it’s fine.”

Jiao said it would be better if she could take her theatre classes synchronously, because right now she can only watch the recordings and set up individual meetings times with her professors to practice voice performance.

Medill junior Arudi Masinjila, who returned home to Kenya, said she is not able to participate in a lecture synchronously because, for her, the class starts at 11:30 p.m. and ends at 12:30 a.m. She also said watching the recordings requires more work than attending live class.

“Definitely (the classes with recordings take) me much longer to get through the recording because I’m taking notes and I have the opportunity to pause things,” Masinjila said.

She said she had more questions in the classes for which she had to watch the recordings, so she wrote them down to ask during office hours. This also added to the time spent on the classes, Masinjila said.

McCormick freshman Felix Haba made the decision to take Entrepreneurship 475: NUvention: Analytics, which meets once every week from 6-9 p.m. Central Standard Time. However, now that he is back home in Spain, the class meets from 1-4 a.m.

“It’s a team-based class,” Haba said. “They need me to be with my team at the time of the class.”

Haba said he emailed the professor because he could not take the class every week in the middle of the night, and he was told he would only need to attend the class twice synchronously overall, while for the other sessions he would need to watch the recordings.

Haba also said while most of his classes meet late in the evenings or even past midnight, he can watch the recordings afterward.

“Everything would be better if I could be in a class with a professor,” Haba said. “But I don’t think there will be a significant gap. I’ll make up for it.”