A mid-season discussion of “Survivor: Winners at War” 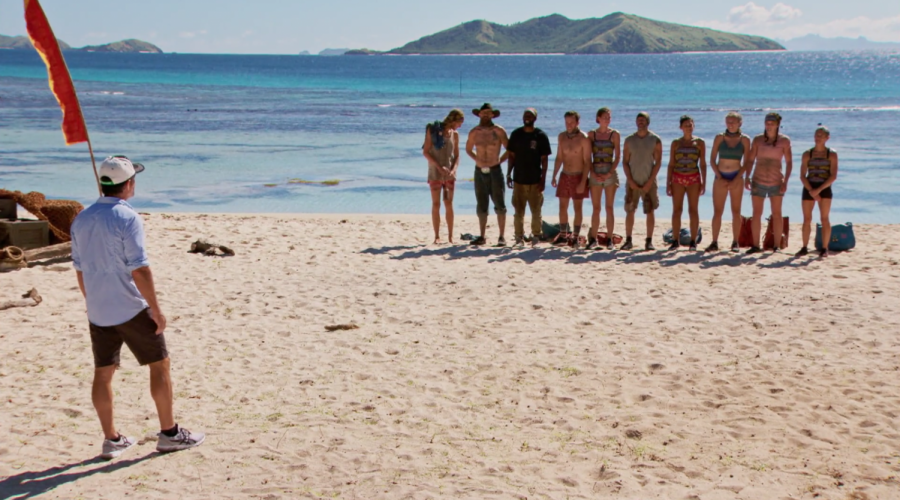 With 11 players voted out and 9 left in the game, “Survivor: Winners at War” just passed its halfway point. The 40th season of the CBS reality television series pits 20 winners from previous seasons against each other, so we asked The Daily’s “Survivor” experts for their thoughts on the game so far and their predictions about what’s ahead.

What’s stood out the most so far?

Jonah Dylan: The old-school versus new-school divide. Look, many of us had been looking forward to seeing players like Rob and Parvati who had first played over a decade ago. Then, in a flash, every old-school player was voted out. In hindsight, they never stood a chance. I don’t think the show executives expected this to happen (and they’re probably pretty concerned about it), but my main takeaway is that the winner here doesn’t necessarily have a case that they’re better than all the old-schoolers. Parvati still reigns as the greatest of all time.

Troy Closson: The Edge of Extinction. Honestly, sometimes I like watching the parts of the show focusing on Extinction more than the actual game. And that’s surprising because even though I was super happy when Chris came off Extinction to beat Rick Devens and win the game, as a concept, it makes no sense for the show. But especially with all the old-schoolers voted out early, the second island has provided a way to still continue their stories and add a lot of moments that were missed out on with them all voted out.

What player has surprised you?

Dylan: After Tony’s awful performance in “Game Changers,” I figured he’d be one of the first voted out on “Winners at War.” I understand how dynamic he can be as a player, but I just didn’t think he could keep it together long enough to get very far in the game. But aside from one ill-advised spy shack, he’s played a solid game. He’s taken control when he needs to, but managed to keep other big threats around him. He could get blindsided at any moment, but he’s showing a new dimension to his game that I didn’t think he had. Cops “R” Us forever.

Closson: I always knew Tony was one of the best players of all time, so I’m not surprised by him at all. I didn’t know what to expect at all when it came to Sophie, though. I never watched her first season, and honestly just assumed she’d be pretty irrelevant with such big names around. But she’s been arguably the most impressive player in the game so far. Even as the game becomes more about flashy players versus smaller threats and as people like Adam and Nick were targeted, Sophie’s name hasn’t come up in the conversation. And that’s because she’s just that good at flying under the radar, but still controlling the game.

What player has disappointed you?

Dylan: I had Wendell on my shortlist of players I expected to win, so watching his demise was pretty disappointing. After the tribe swap, his game completely devolved, either due to the presence of his ex-girlfriend or because he didn’t have a tight alliance like he’d had when he played the first time. Either way, Wendell quickly became this season’s biggest villain without even pulling off a major move.

And really, to take this question further despite the shouts coming from my editors, that’s my problem with this season as a whole. I’m not saying I don’t like it, but we came in with the expectation that it could surpass “Heroes vs. Villains” as the greatest season of “Survivor” ever. That season was great because, as the name suggests, there were heroes and there were villains. If you took the new-school winners and put them into those roles, who would be a villain? Tony? Denise? Kim? Everyone else is either a floater or a hero (is there a difference?). And when you look at the list of all-time greats (Rob, Parvati, Russell, Sandra, Hatch), what do they have in common? They’re all villains. Maybe that’s what it takes to be great in Survivor.

Closson: I didn’t expect to say this, but Yul’s by far the most disappointing player for me. For almost all of the other old schoolers who’ve been voted out — Amber, Ethan, Rob, Tyson, Parvati — going home early was inevitable. But if you watch old-school players get voted out back-to-back-to-back and ended up on the same tribe as one of the few left after a swap, it seems like common sense to form an alliance with them. Yul didn’t do that, voting out Parvati over Michele and giving the latter room to work with her ex instead. Yul’s one of the only old-schoolers voted out who can’t say “The cards were stacked against me.” And for that, he’s the most disappointing.

To Jonah’s second point, at this point in “Heroes vs. Villains,” would people have called it the greatest season of all time? Probably not, considering Rupert was still in the game. Endings matter. An iconic winner could save this season and to me, Tony, Kim or even Sophie would fit that role, especially because they’d be the ones to make big moves on their way to the end.

The old-school versus new-school divide has dominated discussion about this season. How do you feel about all the old-schoolers ending up on Extinction?

Dylan: I’m not complaining, but can you imagine if this season had been set up as old-school versus new-school? I’m talking one tribe of Rob, Parvati, Ethan, Yul, etc. versus one tribe of Sarah, Sophie, Denise, Tony and more. How would alliances have developed between players who all knew each other and were all threats? What would happen at the merge? This would’ve put both sides on equal playing fields and allowed us to really find out who is the greatest player ever. It doesn’t even need to be all winners. Get Russell, Cirie and Amanda on the old-schoolers. Get Kelley Wentworth, Aubry and David on the new schoolers. I will say, though, I’ve realized there’s a bit of anti-recency bias associated with this season. Sure, those guys on the Edge are some of the all-time greats. But who’s to say we won’t be talking about these new-schoolers as greats in 10 or 15 years?

Closson: It sucks for TV, but hear me out, it’s a great thing for the show long-term. Sandra, Rob and Parvati can’t keep coming back out forever so there needs to be new legends in the game. With them all gone early on, there’s a lot of room for someone like Kim, Jeremy, Tony or Sarah to solidify themselves as the best of the best — and then they can keep coming back later like the old-school legends.

I’m bored and looking for a season of Survivor to binge. Help!

Dylan: Easy. What if there was a tribe with the two greatest players of all time, stuck at the bottom of a tribe of legends? What if they overcame the immense odds stacked against them? No spoilers, but welcome to “Survivor: Heroes vs. Villains.” If you’re starting your Survivor fandom with this season, you’ve probably never heard of Russell Hantz. That needs to change. This season has blindside after blindside, my favorite survivor one-liner ever, two of the best idol plays ever and an incredibly disappointing jury decision. A couple others: Survivor: Micronesia, Survivor: South Pacific and Survivor: Cambodia.

Closson: Ok that’s bad advice. Don’t watch Heroes vs. Villains first since if you start with the best, where do you go from there? Cagayan is arguably the most chaotic season of all time, with the most chaotic winner of all time. Great gameplay, people you can root for, a satisfying ending. David vs. Goliath also has a really likable cast, led by none other than Angelina who I’m excited to see play the game again one day. The couple episodes around the merge are top-notch Survivor, and as I’ve said before, you get to hear the six most memorable words in the show’s history: “Natalie, can I have your jacket?”

Finally, how do you see the rest of the season playing out?

Dylan: If Tony manages to weave his way to the final tribal council, he’s the greatest player of all time, full stop. Jeremy has worked to get himself into a good spot, but he’s a threat and could get blindsided at any moment. The voting blocs we’re seeing here most closely resemble the post-merge gameplay in “Survivor: Cambodia,” which in theory would give Jeremy a distinct advantage. Aside from Nick, Michele and Ben, everyone is a legit threat. Denise has the biggest move of the game so far, and other players would be smart to remember that. Tyson has a lot of friends on the jury. Sarah might be the most underrated player ever. Watch out for her before it’s too late.

Closson: There’s a bunch of people who aren’t playing and then four big names left who have what it takes to win: Tony, Kim, Sophie and Michele. I could see at least two of them making it to the end with small threats like Nick and Ben, along with dominant players like Jeremy and Denise going home next. Ultimately, it’s about which one of those four can fly under the radar long enough to survive while making big moves on their way to the end. My money’s on Sophie. Though if anyone else wins — especially if someone pulls a Chris and comes back and wins after playing like 10 days — they will objectively have been a bad winner of such a hyped up season.