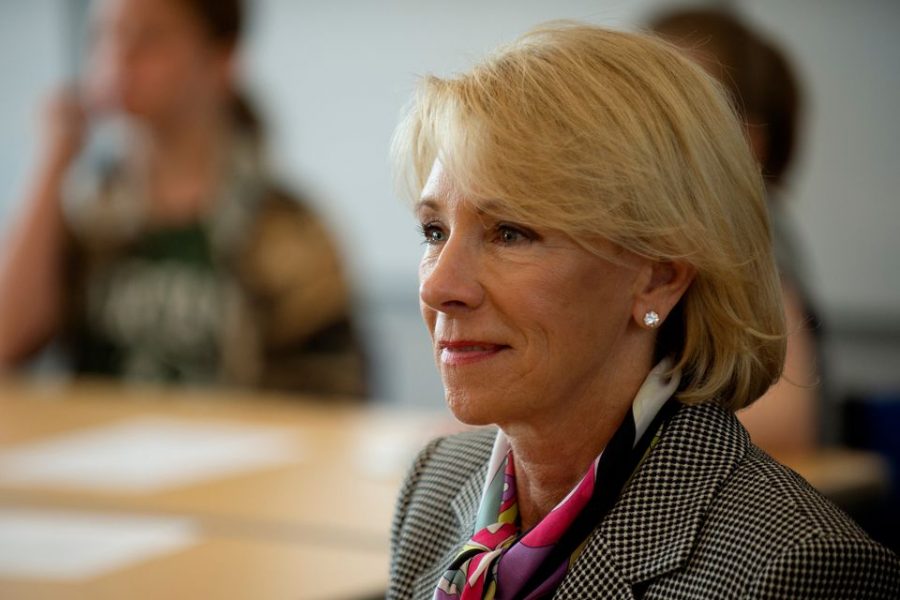 Northwestern University will receive $8,521,175 from the U.S. Department of Education as part of the initial funding rollout of stimulus cash to be distributed to colleges, announced April 9 by Education Secretary Betsy DeVos.

Half of the $8.5 million, or $4,260,588, must be allocated for emergency financial aid grants to students. On April 10, senior vice president for business and finance Craig Johnson told The Daily through a spokesperson that it was too soon to answer questions about how the University would allocate the funds. Administrators are awaiting federal guidance on how the funds can be used, he said.

The federal funds were appropriated through the Coronavirus Aid, Relief and Economic Security Act, or CARES Act, which designated nearly $31 billion for emergency education funds. DeVos said the initial $6.28 billion would be distributed “immediately,” with another $6 billion to be distributed to colleges later.

In doling out the money, the Department of Education weighed factors including school size and percentage of Pell Grant-eligible students, with priority going to institutions that had more students not enrolled full-time online before the pandemic. Northwestern’s undergraduate student body of around 8,200 is about 20 percent Pell-eligible.

The funding directed toward emergency financial aid for students is intended to cover student expenses like access to course materials, food, housing, healthcare and childcare, according to a Department of Education press release.

Schools will also receive more guidance about how they are allowed to distribute the institutional share of the funds, which is intended to “cover costs associated with significant changes to the delivery of instruction due to the coronavirus,” the release said.

While colleges must submit a signed certification to the Department of Education affirming their commitment to allocate funds in accordance with the law in order to access the cash, they will be free to determine which students will receive funding. Currently, Northwestern is offering emergency aid through funding request forms via both the Office of Undergraduate Financial Aid and Student Enrichment Services.

“What’s best for students is at the center of every decision we make,” DeVos said in the release. “That’s why we prioritized getting funding out the door quickly to college students who need it most. We don’t want unmet financial needs due to the coronavirus to derail their learning.”