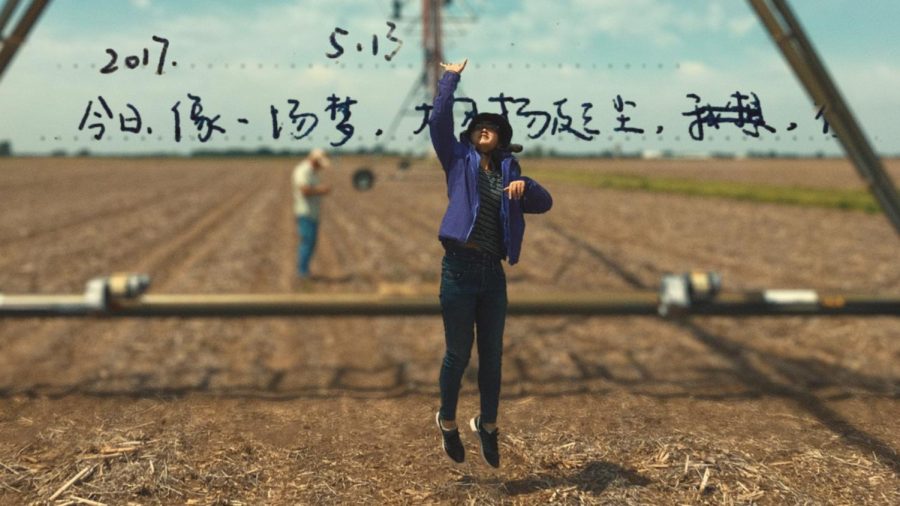 A still from “Finding Yingying” shows Yingying Zhang in her home country of China. Jenny Shi’s documentary follows the story of Zhang’s disappearance at University of Illinois Urbana-Champaign.

In her award-winning documentary “Finding Yingying,” Jenny Shi (Medill ’17) explores the mysterious disappearance of a Chinese student at the University of Illinois at Urbana-Champaign, her family’s first time in the U.S. and a convergence in support from local international students.

In the summer of 2017, Shi heard about the disappearance of Yingying Zhang, a student at UIUC. As an international Chinese student herself and a former peer of Yingying’s, Shi said she was immediately drawn to the story. She travelled to Urbana-Champaign, where she met Zhang’s family and followed them for two years. She even went with them on a trip to China to learn more about Zhang through her diary and friends.

What originally started out as a student project quickly turned into a feature film.

Originally focused on the story of Zhang’s kidnapping, Shi said she changed her story entirely when news broke that a suspect was arrested and Zhang was presumed dead, though her body was not found.

From that point on, Shi shifted the focus to Zhang’s life — a choice that proved to be a challenge for her.

“I had a hard time just trying to manage myself and my emotions and how to navigate this complicated story,” Shi said. “There were a lot of moments when the mom was grieving, and I could barely continue filming.”

Shi said she also struggled with the ethics of filming such a personal film. She often turned to her Documentary Production instructor, Medill Prof. Brent Huffman, for guidance.

Huffman, who later came on as a producer for the film, offered her advice on not only how to creatively shoot the film, but how to give justice to Zhang and her story. While it’s difficult to share the sorrowful moments, Huffman said they are essential to the understanding of the story.

“As journalists, we can’t shy away from and self-censor the difficult moments,” Huffman said. “When something terrible and traumatic like this happens, showing the full human portrait makes the family real and relatable and we can see what was the impact on their life from this.”

Medill sophomore Julia Wallace watched the film in her Journalism in Practice class and remarked how unique this documentary was compared to others she’s seen. She noted that unlike in other films, she could tell that Shi was much more involved in the story in a personal way.

Wallace said many of her peers, especially international students, began to reflect on their own experiences as the film hit close to home for them.

“It’s a very intimate perspective because (Shi is) almost operating as a member of the family,” Wallace said. “In a lot of documentaries you can feel the distance, but this was not the case here.”

She said a few of the students cried while watching it, later saying they were thinking about how easily the situation could have been avoided and how easily it could have happened to them.

The story of Zhang’s disappearance and the trials and tribulations of the court trial that followed it has massive ramifications for Chinese students that are especially timely because of racism towards Chinese Americans since the rise of the novel coronavirus, Huffman said.

South by Southwest, the film festival at which Shi won the breakthrough award for this film, was cancelled due to coronavirus. Zhang’s parents have yet to see the documentary, and the plan was for them to join her at the festival to watch it together.

“Finding Yingying” was her first film and an emotional process, but one she said she could not have done without Medill and Huffman’s help.

“The process of making “Finding Yingying” is a very important milestone in my own life,” Shi said. “It made me think about what kind of life I want to live in the future and what kind of career path I want to pursue.”