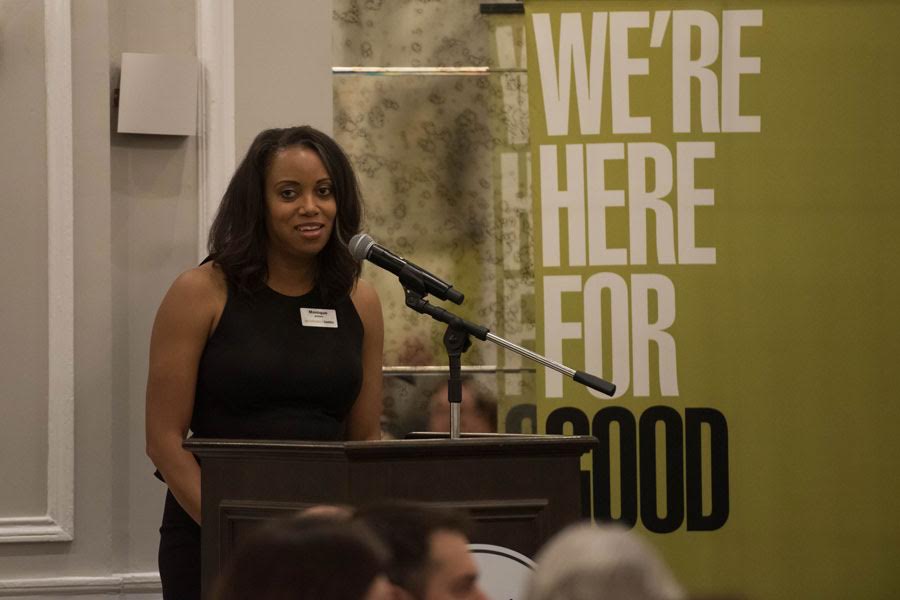 Evanston residents Mary and Paul Finnegan, lead partners in the ECRR Fund’s creation, issued the challenge grant according to a Monday news release. The Finnegans will match every dollar donated either up to $1 million or through December 31, the release said.

“People want to give when their money grows, and they know the need is great,” ECF president and CEO Monique Jones said. “We have seen a rapid increase in giving (since the challenge went live).”

The ECRR Fund, which launched a couple of weeks ago, had distributed over $284,000 to beneficiaries before the challenge was announced, according to the Monday release. ECF, which provides grants for nonprofits across the city, set up the ECRR Fund to help partners respond to the impact of coronavirus.

ECF partnerships are growing, but the foundation currently partners with six separate nonprofit and for-profit organizations to address food insecurity, ECF communications and marketing lead Mary Kay Hanigan said in an email to The Daily. She said ECF also works with five nonprofits specializing in early childhood to serve nearly 200 families with children under the age of 5.

The foundation also collaborates with Connections for the Homeless, Family Promise and the YWCA Evanston/Northshore to provide housing for Evanston residents experiencing homeless and for survivors of domestic abuse, Hanigan said.

Michele Hays, an organizer with mutual aid groups Back on their Feet and Evanston Aid, said local food pantries and shelters have seen their resources decrease dramatically as a result of coronavirus. She said grants from the ECRR Fund will help them catch up.

“It’s great that (the Finnegans) offered such a large amount,” Hays said. “I met it with a very teeny tiny amount, but every little bit counts. There are all kinds of little things you can do with big money.”

Those interested can contribute to the Evanston Community Fund here.

Most recently, Jones said ECF partnered with the city and Evanston Public Library to launch a portal on social care network site Aunt Bertha. Jones said Aunt Bertha connects individuals with resources according to their needs, and nonprofits should upload their information to the site as soon as possible.