A Northwestern student’s guide to filling out the 2020 Census 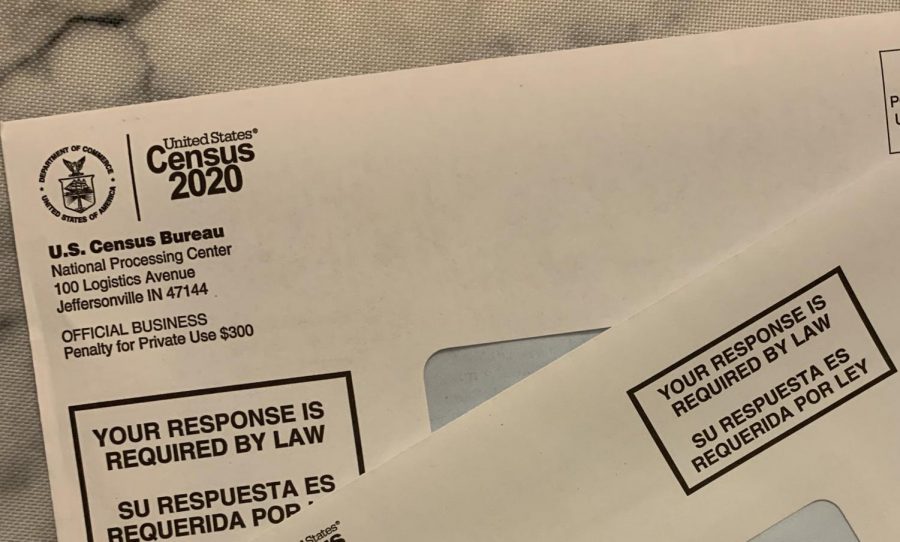 April 1 is Census Day, the day that determines who and where people are counted in the 2020 census. The Constitution mandates a census of the population every 10 years.

During the month of March, homes across the United States received an invitation to fill out the decennial, which every U.S. resident has a constitutional mandate to complete.

Given the COVID-19 pandemic and uncertainties around student housing in Spring Quarter, the 2020 census might be the last thing on students’ minds. However, an accurate count in this year’s census is imperative in avoiding an undercount.

How students are being counted

All people living in the United States and its territories are to be counted in the census based on where they live on Census Day, which is April 1. This includes everyone from American citizens to international students and undocumented immigrants.

College students who live in on-campus residences — even those who are home early due to the spread of COVID-19 — will be counted by the University. This includes those who live in residence halls and Greek housing, even if they are not physically there on April 1.

Northwestern’s 2020 Census guide emphasizes that students in on-campus housing should make sure that they are not counted at a permanent address other than their dorms, such as their parents’ house.

Students who live in off-campus housing, such as an apartment, should fill out their own census form. Those living with roommates should select one person to be a “householder” and have them accurately fill out the form. Even if students in off-campus housing are staying at a different address due to the COVID-19 outbreak, the U.S. Census Bureau states that they should still be counted where they would ordinarily live on April 1.

Sarah Flax, the City of Evanston’s housing and grants manager, said the coronavirus pandemic poses additional problems for counting students who have relocated. Students whose census mailer arrived at their residence in Evanston after they left, she said, may believe they can’t fill out the census online without the code that came in the mailer. Actually, she said, they really should be using their Evanston address.

Flax added that if a student whose housemates have left Evanston reports that they are the only current occupant of their address, the others may believe they can’t then say that they live there as well, while that is actually not the case.

April 1 is not a hard deadline to be counted in the census, as the Census Bureau has adjusted its timeline to accommodate the COVID-19 pandemic. The online census form became available mid-March — when households should have received census letters in the mail — and will stay open until July 31. In light of concerns about census-takers knocking on doors across the country due to the COVID-19 outbreak, the Census Bureau has delayed its in-person nonresponse follow ups.

“It has never been easier to respond on your own, whether online, over the phone or by mail — all without having to meet a census taker,” the Census Bureau stated in a March 15 release.

Why the census matters

The census results are used to reapportion members of the House of Representatives, redraw legislative districts based on population shifts and redistribute money to support community programming, among other things.

Illinois’ population has decreased over the decade by about 159,700 people, or 1.2 percent of its population. An undercount in the 2020 census could result in a loss of up to two Congressional seats.

Natalie Furlett, executive director at Illinois Campus Compact, said her organization has been communicating with local universities in response to rapid changes in university operations statewide due to COVID-19. In the months leading up to the census, she’d been working with campuses to raise awareness about the Census. In the wake of coronavirus, those efforts, she said, have transitioned from in-person tabling and classroom visits to social media and digital messaging.

Since this is the first census that can be completed online, Furlett said many college students will be at a disadvantage because COVID-19 has forced them to move from campuses with readily available internet access to homes that do not. This, she said, may exacerbate the undercount of college students.

“For some college towns, the student population makes up a lot of the population that will be counted in the census,” Furlett said. “The big concern is that we’re not going to get an accurate count, and I think the Census Bureau is doing everything they can to try and mitigate that. But they’re also giving themselves a wide (period) of time to try and fix some of the issues caused by COVID-19.”

Although many people have coronavirus concerns, Flax said it is important for people to participate in the census because many major decisions are based on it.

“The census is really our future,” Flax said. “So much rests on the numbers of people counted through the census for the next ten years.”

Before the spread of coronavirus, there were already increased fears around filling out this year’s census form due to the Trump administration’s push to have a citizenship question included.

The efforts ultimately failed, but Census Bureau research shows that many immigrant populations are still hesitant to fill out the census in fear of information leaking to other parts of the government. However, according to the Census Bureau, the U.S. government cannot release “personally identifiable information” about any individual residing in the country until 72 years after it was collected in the census.

The census’s impact on Northwestern

Over 98 percent of NU students participated in the 2010 census, which allowed for the allocation of about $50 million of state and federal funding to Evanston over the last decade. Illinois will lose about $953 each year for every resident not counted.

As of Wednesday evening, the 2020 census response rate for the city was 45.7 percent.

In March, a bill was introduced to affirm that NU’s Associated Student Government would commit to acknowledging and increasing census efforts in order to assure an accurate census count. It would also help students fill out forms and address miscommunication with on- and off-campus students. The bill was passed at the final meeting of Winter Quarter.

“An accurate census count is crucial to the fair and equitable allocation of billions of dollars in federal funding, including support for schools, hospitals and other community resources,” University President Morton Schapiro said in a Wednesday release. “The data from it are also important to many research efforts, including work conducted by our own faculty and students.”

The Census Bureau defines certain populations as “hard to count,” Donahue said, because they are less able to be accessed by the enumerators who track down those who didn’t respond initially to the census.

“There are certain populations that fit that profile and are harder to count and college students were already in that category,” Donahue said. “The idea that there is this unprecedented social issue going on that has disrupted people’s schedules makes it only even harder to ensure that we are going to have a full and accurate count.”

Donahue said he is “cautiously optimistic” about the ability to count college students in the census because they are well-equipped to navigate the online version of the census and can be reached through social media campaigns. He said the Center for Civic Engagement will also be able to monitor response rates in this year’s census through Census Bureau tract data.

Katie Daehler, Center for Civic Engagement fellow and Weinberg junior, said while nationwide awareness around the census may be lost in the news due to the overwhelming coverage of the coronavirus, NU students should not lose sight of the importance of being counted.

“We do make up a good portion of the population of Evanston,” Daehler said. “We’re people who live in Evanston for most of the year and draw on those resources and benefits like infrastructure projects and a good public health system.”

Related Stories:
The Ripple: Challenges and importance of the 2020 Census
Northwestern takes initial steps to reduce 2020 Census undercount
How the Evanston Complete Count Committee is preparing for the 2020 Census