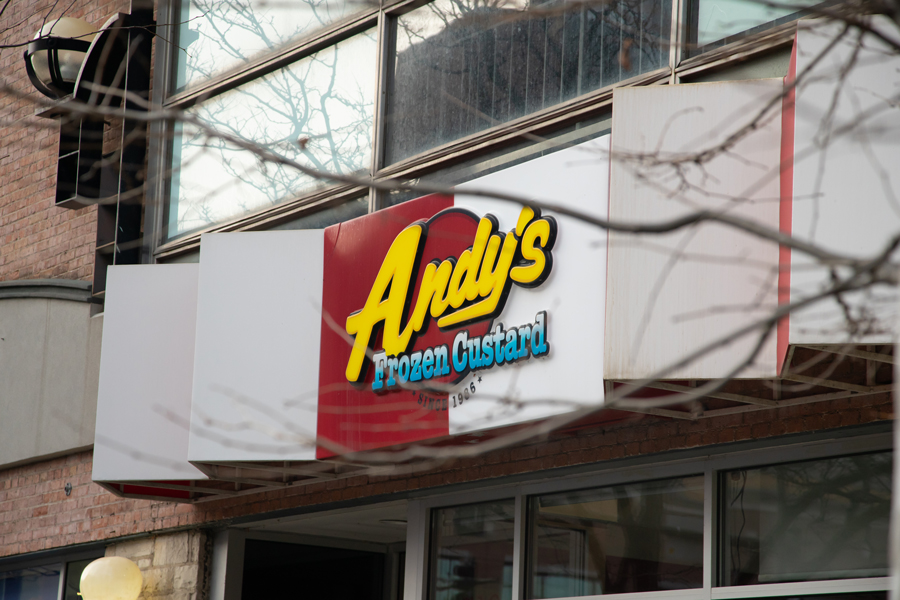 As it finally starts to feel like spring, students and residents won’t be able to go to Andy’s Frozen Custard for their first cone of the season. The store permanently closed its Evanston location, according to a news release from the corporation.

Andy’s did not renew its lease at 719 Church St. when it expired on Tuesday, March 31. The frozen custard chain is exploring options for a new Evanston location which could open within a year, according to the release.

Popular with students and residents alike, Andy’s opened its Church St. location in July 2010 and has served the Evanston community for 10 years.

The dessert store is part of a national chain that has stores in states such as Missouri, Arkansas and Kansas. Andy’s first Chicagoland location opened in 2006. It is the nation’s largest frozen custard-only business and is famous for its concretes, or a cup of frozen custard blended with toppings.

Rumors about the shop closing surfaced in early February. At the time, Andy’s office manager Beckie Reidle told The Daily that the store was in discussions with the landlord regarding the lease renewal.

“Andy’s is such a special place for me,” Andrews said. “It’s so much more than just a place for frozen custard. It’s a place for celebration, for outings with friends.”

Andy’s was recently ranked the best dessert for Best of Evanston in 2020, for the sixth year in a row.