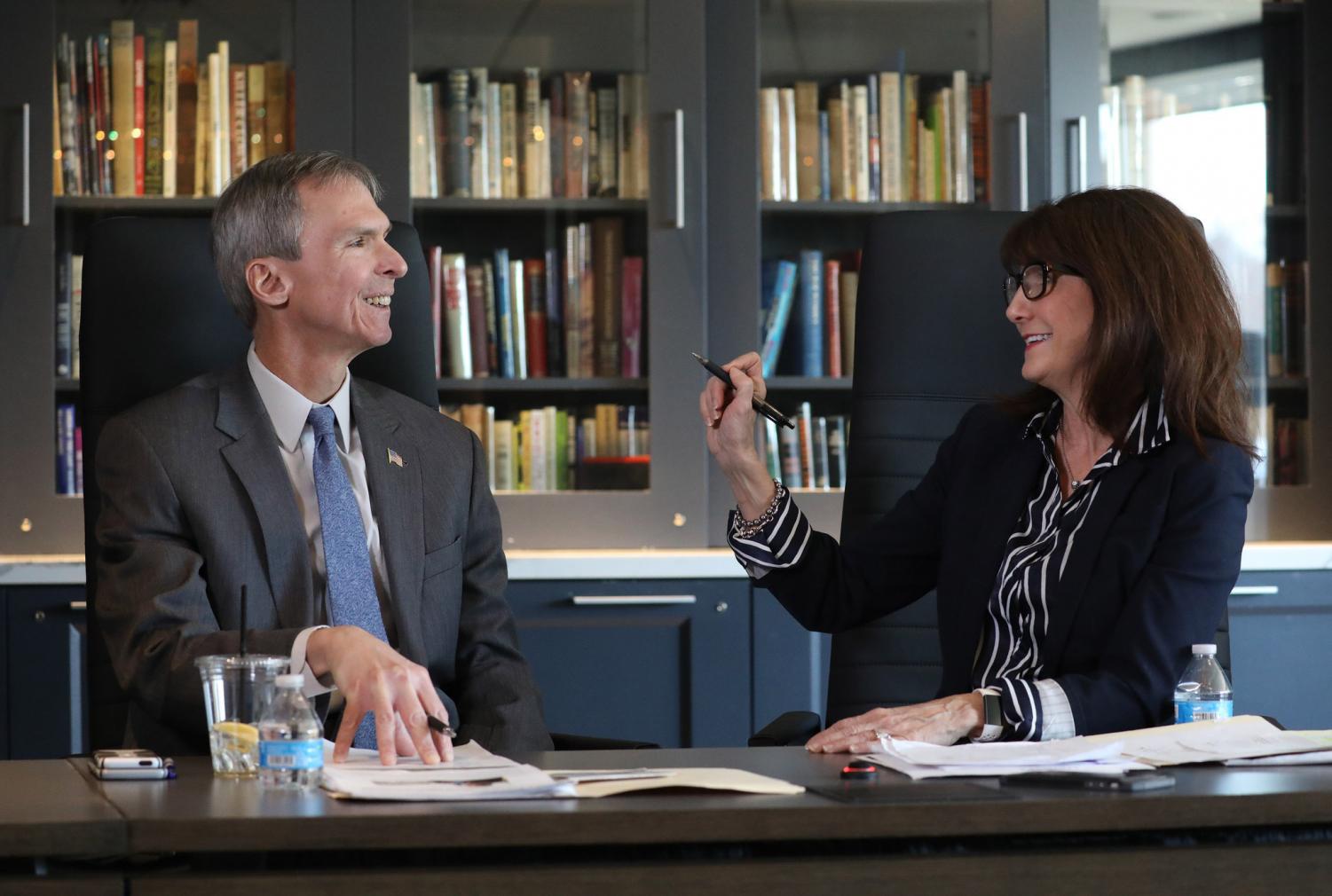 When Marie Newman lost the 2018 Democratic primary for Illinois’ 3rd Congressional District, she promised she would return.

She fell to incumbent U.S. Rep. Dan Lipinski (D-Western Springs), who is in his eighth term. In Tuesday’s Democratic primary, she faced off against Lipinski again — and won.

Just after midnight on election night, the Associated Press declared her the winner, coming out approximately four percentage points above Lipinksi. Newman will likely be the district’s next representative; Illinois’ 3rd Congressional District has stayed blue since 1975.

“I am bursting with pride and gratitude for the amazing coalition that helped bring about much needed change in our district,” Newman said in a Twitter statement. “We are going to work together to lower health care costs, to fight climate change, and to build an economy that works for everyone.”

Lipinski was first elected to the district seat in 2004, succeeding his father who had held the seat for 30 years.

But in a changing Democratic Party, Lipinski is one of only a few anti-abortion House Democrats left. He ran against a progressive candidate in a district that voted for U.S. Sen. Bernie Sanders (I-Vt.) in the 2016 Democratic primary. That may not have cost Lipinski his seat in 2018, but it did in 2020.

Running on a progressive platform, Newman said she aligned with voters’ interests in the district. She highlighted her progressive stance on abortion rights, universal child care and labor unions’ rights. Newman capitalized on her differences from Lipinski and would describe herself as a “real Democrat,” implying that Lipinski’s beliefs put him at odds with the party’s central message.

In 2018, she was seeking to join a new wave of progressive first-time woman representatives like U.S. Reps. Alexandria Ocasio-Cortez (D-Bronx) and Ayanna Pressley (D-Boston), both of whom defeated 10-term Democrats in their respective primaries. But Lipinski had name recognition, from eight terms in office and his father’s leadership before him.

Statistically, incumbents are more likely to win elections. In 2018, an average of 92 percent of incumbents won their bids for re-election in each state, but this year, Newman hoped to change that for the 3rd District seat.

SESP sophomore Cate Durudogan first met Newman in spring 2019, when she took a class centered around women in political leadership. The professor brought Newman in to speak about her experiences during the 2018 Democratic primary.

“She talked about how when you lose an election and you lose a close one, it is so important to come back in two years, and she said that from the get-go,” Durudogan said. “So when she lost in 2018, she was like, ‘It’s amazing. We lost by that small of a margin. And in two years, we’re coming and we’re gonna do this again.’”

Durudogan said Newman told the class that since she came so close to winning, it was frustrating to lose because she felt like she didn’t have enough resources to turn the tide.

In 2020, funding was not an issue. Newman outraised Lipinksi, bringing in nearly $1.7 million compared to his over $1.2 million. After a close race in 2018, her name and brand were established in the community, shifting her from a relative unknown to someone much more recognizable.

But Newman, who previously worked as an anti-bullying advocate, often considered herself to be an outsider in Chicago politics. Matt Casler, a Weinberg senior and intern for Newman’s campaign, said Newman and her supporters felt they had to work against the existing political establishment in the city.

“Everyone knew to an extent that it was going to be close,” Casler said. “It was going to be down to the wire, regardless, especially considering how much of a grasp on the district Lipinski and the Chicago political machine had.”

To combat the issues facing the campaign, Newman and her supporters focused on grassroots outreach. She found support among local college students. Sophia Blake, a Communication junior, first volunteered for the Newman campaign in the fall, when she attended a phone bank on campus.

Blake had been focused on campaigning for U.S. Sen. Elizabeth Warren (D-Mass.) during the presidential primary. When Warren announced she was suspending her campaign, Blake wanted to continue to support the election of progressive women and canvassed for Newman in the weeks leading up to the Illinois primary.

Blake said she often spoke to voters who had never heard Newman’s name, and planned to vote for the incumbent on the basis of name recognition.

“I got to talk to so many people who didn’t know who she was, or didn’t know her policies,” Blake said. “(They) would realize how excited they could be about her once I got them to open up and talk about what matters to their family and what they stand for.”

Kelly, an intern on Newman’s campaign, has knocked on over 2,000 doors canvassing for Newman. She started volunteering in spring 2019 when Newman officially declared she was running again and joined the campaign as a full-time intern in September. Every weekend since, she said she organized students and other volunteers to canvas with her.

After spending over six months working for Newman, Kelly said COVID-19 upended the campaign’s schedule for the weekend before the primary. Newman’s team planned to canvas one last time to encourage residents to vote, but had to shift gears last minute to slow the spread of the virus.

Instead, the campaign set up a phone bank, where Newman’s volunteers made hundreds of thousands of calls over the course of the weekend. Kelly said she was also worried how Coronavirus would impact voter turnout in the election.

That Tuesday evening, as the rest of the country had its eyes on the presidential primary, Kelly focused on Newman’s race. She said early results showed Newman had a slight lead over Lipinski, with mostly precincts from the city reporting. In 2018, Lipinski won the urban areas, so she said Newman’s lead seemed like a good sign.

“She won the suburbs last time handily,” Kelly said. “The fact that it was so close in the city, and we knew that all the areas where we would do strongly were yet to come in — we were feeling pretty good.”

When the race was finally called for Newman, Kelly said she was ecstatic. The campaign she’d worked on for countless hours over the span of months had emerged victorious. More than that, Kelly said, a movement years in the making had finally succeeded.