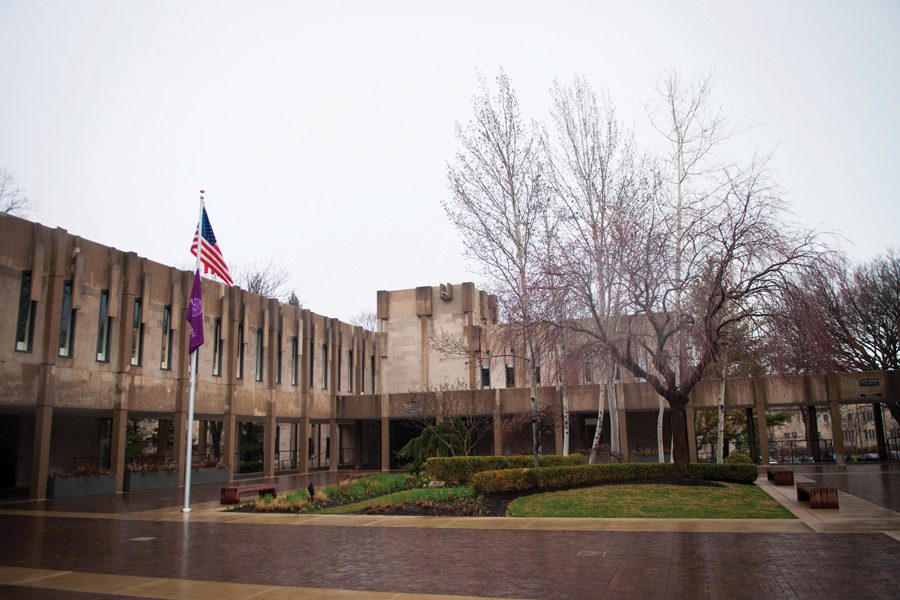 A coalition of students of marginalized identities at The Graduate School hosted a town hall on March 11, addressing demands for inclusion with Dean Teresa Woodruff and other senior members of University administration.

The discussions followed a March 2 letter circulated by the coalition, which at the time chose to stay anonymous due to privacy concerns. Over 350 Northwestern community members signed the petition so far.

The requests outlined in the letter, authored by Ph.D. candidate and student leader Sarah Peko-Spicer began with a call to remove Woodruff from her position, citing lack of support and harmful policymaking.

The letter further advocated for prioritization of diversity and inclusion in all aspects of TGS life, including leadership, space, staff and funding. It also pushed for equitable funding and programming for TGS students of marginalized identities, which would yield specific provisions such as healthcare expansion for disabled and transitioning students, affordable graduate housing, affirmations of the indigenous community, and more.

Despite many organizations canceling events due to concerns associated with the spread of COVID-19, many students attended. About 80 more joined the meeting through an online platform.

“The letter was born out of frustration with an administration that many of us find to be harmful to our communities due to this inaction,” Schnaude Dorizan, a Ph.D. candidate and president of Black Graduate Students Association, said in an introductory speech. “These demands are not new. There are initiatives that we have been fiercely advocating for in the last few years — to no end.”

Even though the coalition met with many TGS members to discuss what would be included in the petition letter, Dorizan said, it may not be wholly inclusive of the experience of people of marginalized identities at Northwestern. For this reason, she said, the coalition opened up the floor to voice concerns and receive answers.

Coalition members said they hoped the event would be the first in a series of quarterly town halls that establish transparency and open communication between underrepresented and underserved graduate students and University administrators.

Addie Shrodes said she has been a Ph.D. candidate at Northwestern for three years and president of the Queer Pride Graduate Student Association for two, collaborating with and serving transgender and non-conforming students. In that time, she received only one email from Dean Woodruff, she said.

“I received that email last week in response to the coalition letter that called for her removal,” Shrodes said. “Failures to recognize student efforts and failures to act have perpetuated harm.”

Shrodes also said consultations with transgender and non-binary students have revealed many who felt robbed of academic and professional opportunities in favor of cisgendered classmates. Out of people they cited as sources of support, no one had mentioned the administration, she said.

Other TGS students made remarks on the difficulty to receive adequate healthcare, a decrease in funding and programming for affinity groups, lack of support for first-generation and low-income students and more.

Students voiced critiques that this discontent was unique under Woodruff’s leadership after the previous TGS dean, Dwight McBride, left in 2017. To this, Woodruff answered that TGS staff is more diverse than it has been before and that the school is continuing to make an effort.

“I am hearing your critiques and I have an open mind to the critiques and I have an open heart to what I’m hearing and the pain, and I pledge to work with all of you on each of these issues,” Woodruff said. “We do have challenges with funding and we have requested in our budget to have more funding for each of our affinity groups to make sure we have the right staff and the right staff and the right activities to build meaningful community, and we hope to work with the university over the next year as we emerge from our fiscal crisis.”

Woodruff added that TGS will try to accommodate to provide resources to adequate affinity groups through funding and collaborate with schools and programs to provide equity.

The dean also proposed a forum in which each affinity group representative could meet with Woodruff during every quarter. She added that she looked forward to working meaningfully with TGS students.

“Why is it on us to provide all the information for you to understand what we need?” Dorizan said.