ASG to make structural changes due to coronavirus, passes legislation on assurance of student stability during outbreak 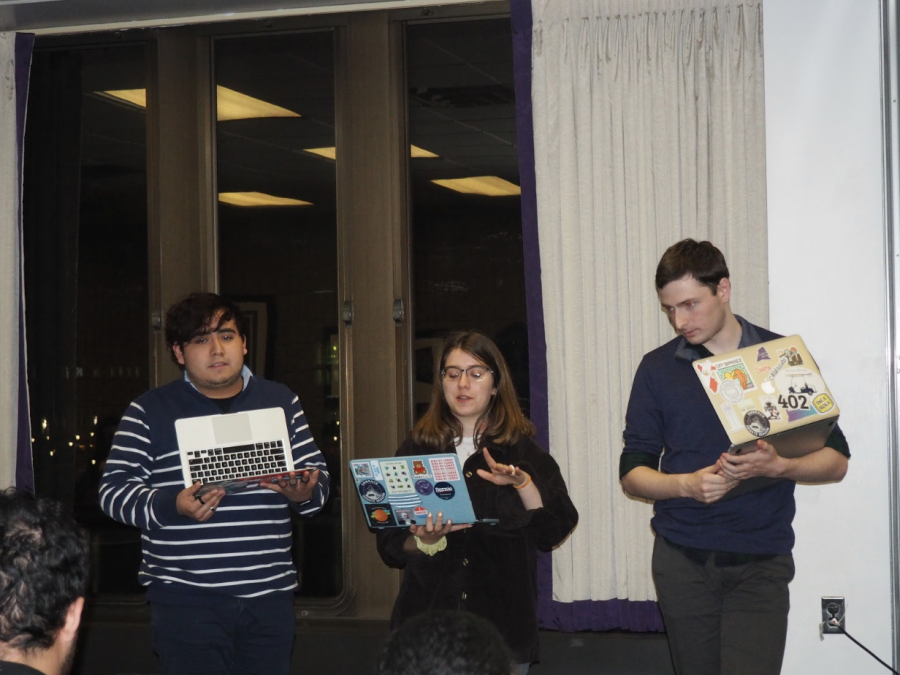 ASG will postpone the election of the senior offices, including the president and vice president, as well as the appointment of the executive branch.

At its last session of the quarter held on March 11, Associated Student Government voted it will transition to online meetings in Spring Quarter until further notice due to concerns surrounding COVID-19.

Authored by Matthew Wylie, speaker of the Senate and Weinberg sophomore, the contingency plan outlined in the legislation will legitimize meetings “by electronic means” and mandated that quorum — or a simple majority of the Senate required to vote — will be determined by senators’ consent to the meeting.

It will also postpone the election of the senior offices, including the president and vice president, as well as the appointment of the executive branch.

“Obviously, COVID-19 is a big worry across the nation right now,” Rodriguez said. “With that being said, there’s a lot of things in the air, about how our students (who) are forced to relocate or our students that are forced to pay for things once we go remote.”

The legislation calls for the University to maintain financial aid for Spring Quarter to cover financial burden, with an emphasis on resource funding for Pell-Grant eligible and FGLI students, which would include access to WiFi, devices and textbooks.

The legislation notes that this is especially important as nearly 70 percent of both low-income students and students receiving financial aid hold jobs on or off campus.

If students are unable to go home for reasons including finances, health risk, safety and more, the bill states they should have the right to submit a housing stay petition.

Furthermore, Northwestern Health Services should work with NU-SHIP providers to make sure students receive appropriate medical attention and testing for the coronavirus, the bill states.

Divided into sections that account for aspects of student life during the coronavirus outbreak, the bill also accounts for providing alternate or online spaces for groups representing marginalized identities and makes funds, stipends and more opportunities available for graduate students.

In addition to the legislation, the Senate passed a bill to affirm free speech rights on Northwestern’s campus. Co-written by four Senate members, the resolution supports the University’s current demonstration policy, but proposes it add provisions to drop all pending penal charges against student demonstrators and that the University extend free speech rights to The Rock.

“We met with a bunch of different groups, we reached out to a lot of people and we tried to make it really comprehensive,” Megan Radcliffe, Bienen senator and co-author of the legislation said. “We think this would be a really good step for ASG to stand up for our opinions on how admin should react and what we have the right to.”

The Senate also passed legislation from a previous session that ensures institutional support from ASG, the University and other student groups to promote participation in the national census so that all Northwestern students are accounted for.

Juan Zuniga, ASG co-chair of community relations and co-sponsor of the bill, said it was important to spread the information around the census to garner support in the democratic process.

“(It’s) kind of important now, as well, just because of the timing of everything,” Zuniga said. “The ask is in this is for you all as student group senators just general Northwestern community members to spread the information that like, there is the census — fill it out.”