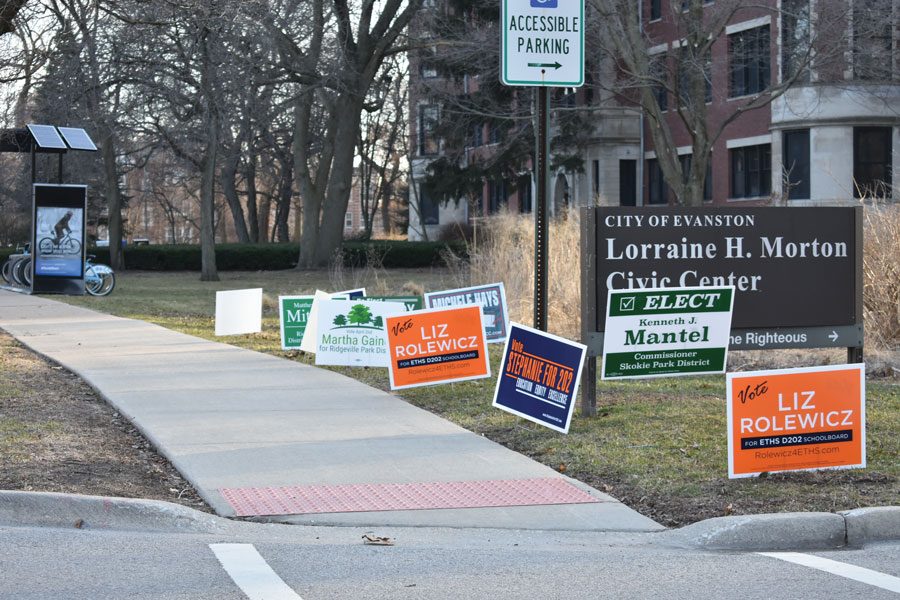 The Lorraine H. Morton Civic Center is one of several polling places.

Evanston polling places have increased precautions ahead of Tuesday’s primary due to concerns about COVID-19, also known as the novel coronavirus.

Concerns about the coronavirus have already prompted the state to take several steps to mitigate the disease’s spread before people take to the polls. The Cook County Clerk’s Office, for example, received court permission Thursday to allow ballots to be directly delivered to nursing home residents, who are at a higher risk for developing a severe sickness from the disease.

Polling places in Evanston are preparing for the possible congregation of people on Tuesday that could spread the disease.

Northminster Presbyterian Church, 2515 Central Park Ave., has already planned several cleaning procedures and to keep the building closed off, except for one set of restrooms and the actual area where the voting booths will be located.

“This is one of those times when we want to make sure that we are good stewards of our citizenship in an incredibly important election year,” said the Rev. Michael D. Kirby, a senior pastor at the church. “That’s one of the reasons why we want to make it as safe as possible, so that everyone who hasn’t early voted can come and vote on Tuesday. And we encourage them to do so.”

Kirby and the church’s cleaning staff will be washing frequently touched surfaces — from handrails to elevator buttons — to reduce the possibility of coronavirus transmission. The church has no authority to make cleaning procedures regarding the actual voting materials, however, because those materials are monitored by voting authorities.

Carla Cooper Dudley, the property manager of Ebenezer-Primm Towers, another polling place, said most sanitation still lies in the hands of election authorities.

“Anything that they have decided to do as far as sanitizer, the entry and exit of the doors, that’s been set up by them,” Cooper Dudley said. “The voters will enter and exit through a particular door, and once they enter, then the judges, and whoever’s responsible for the polling, will handle it.”

The clerk’s office is still asking for judges, though, going so far as to waive all training requirements. These judges facilitate voting at the polling places, including opening and closing, assisting voters and certifying the vote totals.

An election judge shortage, however, is not the county’s only issue. As of Thursday, 43 polling places were relocated due to coronavirus concerns. The clerk’s office then received permission on Friday to change polling locations as a result of the virus. Typically, the clerk’s office notifies affected voters by mail if their polling place changes, but the last-minute nature of polling place relocations due to the virus could prevent this from happening.

The clerk’s office stated that should a polling place have to move or close early, it would move to the nearest possible location.

There are several steps voters can take to reduce the threat of transmission and ease the stress of Election Day. Although applications for mail-in ballots closed, early voting hours were extended the weekend before the primary and will take place through March 16. Due to the changing nature of the polling places, the clerk’s office recommends that voters plug their addresses into the office’s website, which will direct them to the nearest polling location.

Primary voting is still set to begin Tuesday at 6 a.m. and will continue until 7 p.m. There are 27 polling places around Evanston, and they can be found here.