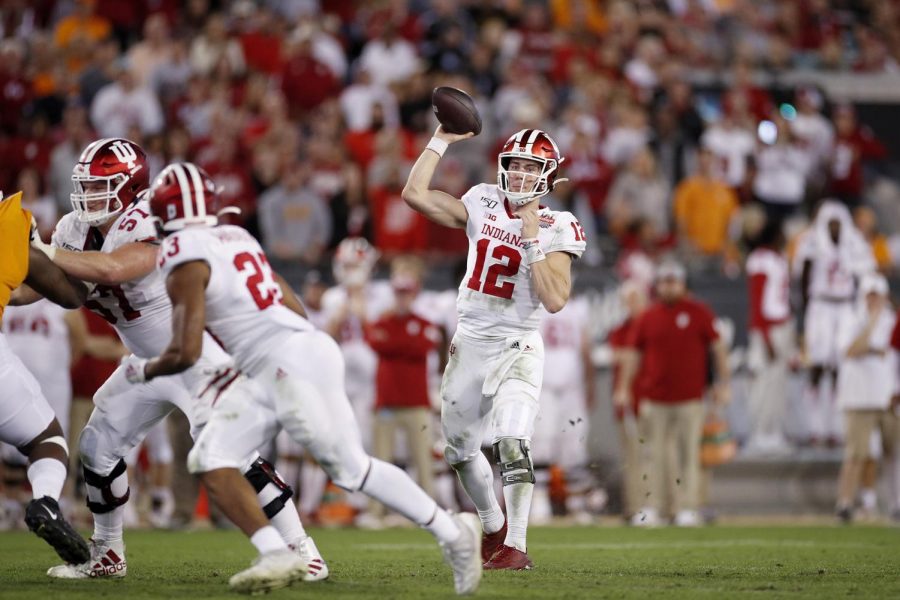 Former Indiana quarterback Peyton Ramsey announced on Twitter this afternoon that he’ll join Northwestern as a graduate transfer for the 2020 season.

Ramsey was an All-Big Ten Honorable Mention for the Hoosiers in 2019, throwing for 2,454 yards, 13 touchdowns and one interception. He started seven games in Bloomington and completed 68 percent of his passes, good for 10th-best in the nation.

The Cincinnati native will be eligible to play immediately in the 2020 season.

Beyond excited for the next chapter. Time to get to work @NUFBFamily pic.twitter.com/1eVW6etnqE

Ramsey will join a crowded quarterback room in Evanston. The Cats now have eight players listed as quarterbacks on the roster: Ramsey; graduate TJ Green, who was granted a sixth year of eligibility by the NCAA after a season-ending 2019 injury and announced his return to NU in January; junior Hunter Johnson, who played in six games in 2019 after transferring from Clemson but battled inconsistency and injuries; junior Andrew Marty, who led NU to a season-ending victory over Illinois; senior Aidan Smith, who started six games and led the team in passing yards; sophomore Jason Whittaker, who split time at quarterback and superback in 2019; redshirt freshman Zac Krause; and true freshman Carl Richardson.

This developing story will be updated with more information.