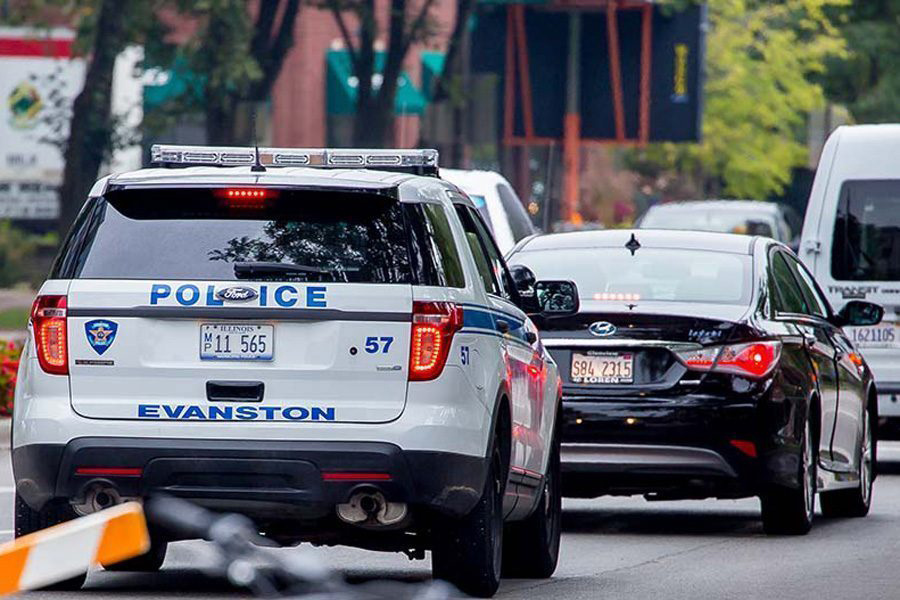 In 2013, former police chief Richard Eddington announced the expansion of stop-and-frisk tactics to address gun violence, the Daily reported. Henry said the practice is no longer used under chief Demitrous Cook, who was sworn in January 2019.

However, Evanston police officers can conduct “investigative stops,” according to the city website, which means officers can stop someone if they have reasonable suspicion a person “is commiting, is about to commit or has committed a crime.”

If the officer has reasonable suspicion the person has a weapon or “dangerous instrument,” then the officer can pat them down. Pat downs can be traumatic, said Edwin Yohnka, director of communications and public policy at the American Civil Liberties Union of Illinois.

“A search is a really humiliating, debilitating thing,” Yohnka said. “You’re often stuck on the side of the road or the street, or something like that, as the police do a search.”

Officers who conduct an investigative stop must complete a “field contact card,” which tracks the reasons for the stop as well as the description of the person stopped, according to the city’s website.

Henry said EPD uses the cards internally to address concerns. He said EPD uploads pat down data to a police dashboard on the city website.

As of the time of publication, pat down data is not available on the dashboard. Previously, a graph named “Stop and Frisk Year to Year Comparison,” was on the city website. The description for the graph said it showed field contacts from October 2016 to now. The data were filtered by stops involving a pat down. 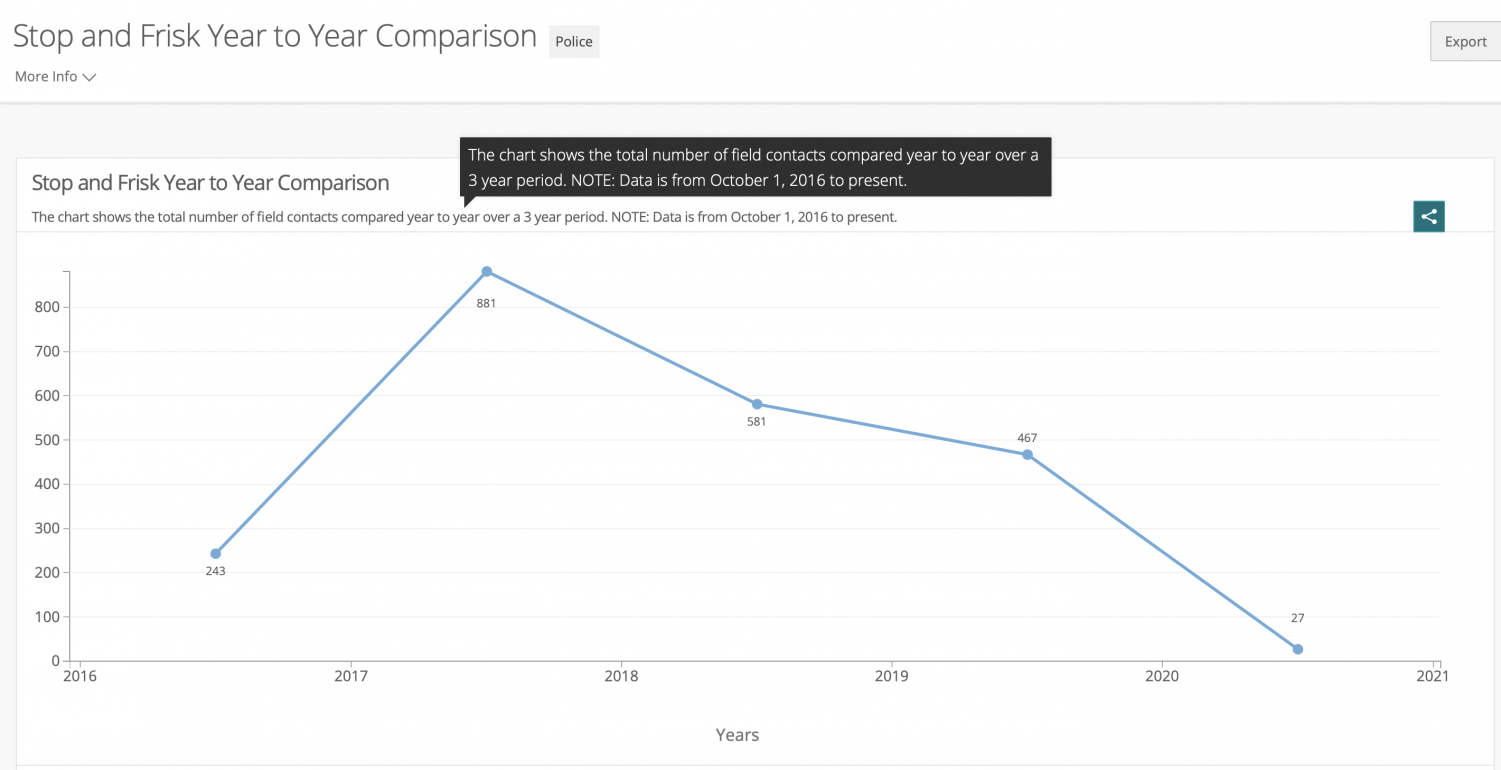 Henry said that title wasn’t correct, and the graph showed pat downs, not stop and frisks.

“It’s an IT glitch, something we will deal with and address internally,” he said.

Yohnka said data can be useful for the police to review and for the public to see.

“Reporting creates some accountability for agencies in terms of how they’re actually conducting policing on the streets outside of policy,” Yohnka said.

EPD stopped pedestrians 138 times in 2018, according to the Illinois Pedestrian Stop Study. Stops of black pedestrians accounted for about 65 percent of those times, while the study estimated black people comprise only about 18 percent of Evanston’s population.

According to Illinois Department of Transportation’s Traffic Stop Study, “white drivers” and “minority drivers” were stopped at roughly the same rate compared to their respective driving populations.

However, it’s important to look into what happens following a stop, said Austin Spillar, a board member of Citizens’ Network of Protection, which is a nonprofit aimed at increasing police accountability.

“Nobody likes to be pulled over by the police,” Spillar said. “So to have a police officer go through all your belongings only to come up empty handed most of the time, that’s one of those issues that drives a wedge between the police and the community.”

Spillar also said he had concerns about some of the ages of those stopped. According to pat down data downloaded by The Daily on Feb. 27, for example, police patted down an eight-year-old in 2017. He said pat downs are experiences that can have a lasting impact on someone, especially when it happens at an early age.

He added that there needs to be accountability for these numbers.

“If there were a problem, we would know about in advance because there would usually be complaints,” he said. “There would be other things that would present the issue to us before a year audit of all their stops.”

Previously, the Citizen Police Complaint Assessment Committee has questioned EPD’s complaint process, The Daily reported. At the time, the committee chair expressed doubt as to whether the Citizens’ Police Advisory Committee, which evaluates police complaints, had authority over the discipline taken against an officer. CNP currently supports a restructuring of CPAC to give the committee more influence in the complaint review process.

Henry added that EPD looks at its own data. He said police do a breakdown of individual officers’ data that looks at demographics of those stopped. He added that if EPD observes something in that data, they would counsel an officer about it.

However, Spillar said internal processes aren’t enough. Instead, he said there needs to be an independent mechanism.

“Things aren’t changing for the better,” Spillar said. “That’s why we need an independent civilian oversight board with the power to investigate these issues, the responsibility to really take a deep dive into the data, and if necessary, initiate investigations and have the power to hold officers accountable.”