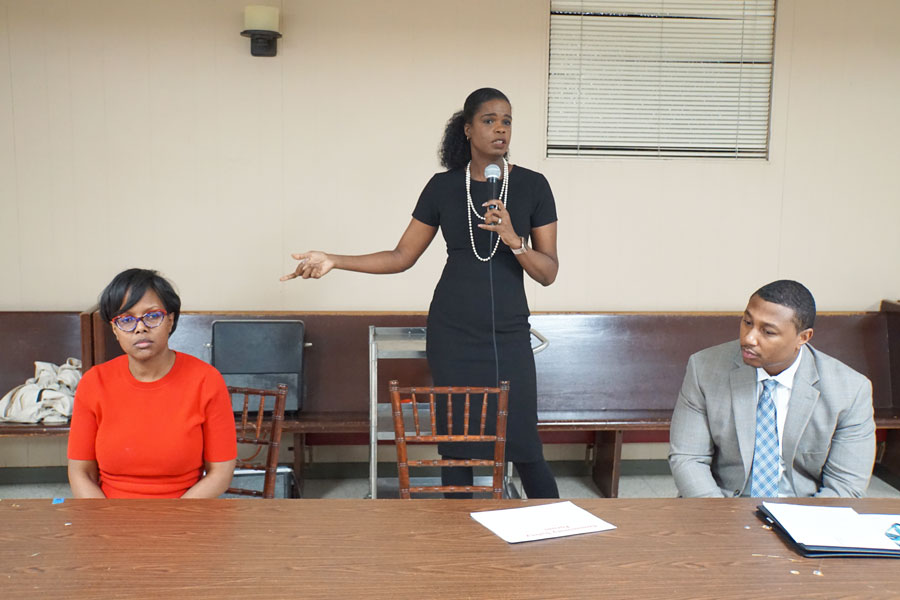 In the upcoming 2020 election season, the Cook County State’s Attorney race may not be receiving the same media attention as the Democratic presidential primary, but the race is certainly becoming one the most-watched in Illinois.

It has grabbed the spotlight in Illinois politics, with millions of dollars from billionaire financiers dominating the Democratic primary.

The Cook County State’s Attorney is responsible for leading the second-largest prosecutor’s office in the nation with more than 1,100 employees. The office is tasked with prosecuting all misdemeanors and felony crimes committed in Cook County, one of the largest counties in the U.S.

Four candidates are running for the position on the Democratic side: incumbent Kim Foxx, who has served since 2016; DePaul University professor Bill Conway; attorney Donna More and civil rights lawyer Bob Fioretti.

However, it has become a neck-and-neck battle between Foxx and Conway, a former assistant state’s attorney. In a recent February poll, Foxx was narrowly ahead of Conway, 28 percent to 26 percent, with More and Fioretti each polling in the single digits.

Both Foxx and Conway have received multi-million dollar contributions they have used to flood the airwaves with a consistent stream of online and TV ads. Foxx received the backing of George Soros after he gave $2 million to a PAC supporting Foxx.

Conway has been particularly scrutinized over his primary campaign contributor, his billionaire father William Conway Jr., who has given $7.5 million to his son. Conway Jr. is the cofounder of the Carlyle Group, one of the largest private equity firms in the world. He has an estimated net worth of $3.1 billion.

The Democratic Party of Evanston has endorsed Foxx for the position. Michelle Jordan, the president of the DPOE, explained why she believed DPOE members “overwhelmingly” voted to endorse Foxx.

“The reason [Foxx] got the endorsement is she got 82 percent of the vote,” said Jordan. “Foxx has put justice first and foremost and I think that is appealing to our members.”

Foxx has also been bogged down with questions over how she handled the Jussie Smollett case of early 2019, primarily over whether she acted improperly when charges were dropped against Smollett in March 2019. Last November, Foxx said she “fell short” in the Smollett case.

The Evanston GOP has endorsed Pfannkuche for Cook County State’s Attorney. Blair Garber, the organization’s committeeman, expressed optimism that Pfannkuche has a good opportunity to win the election.

“[Pfannkuche is] a Republican that has run before and got 600,000 votes running against Kim Foxx last time, and has some name recognition,” said Garber. “He also has pretty extensive experience.”

Pfannucke, prior to losing the 2016 election to Foxx by 43.4 points, had spent 31 years in the Cook County Attorney’s office prosecuting thousands of criminal cases.

The Cook County State’s Attorney primary election is on March 17, along with the presidential primary. The general election takes place on Nov. 3.