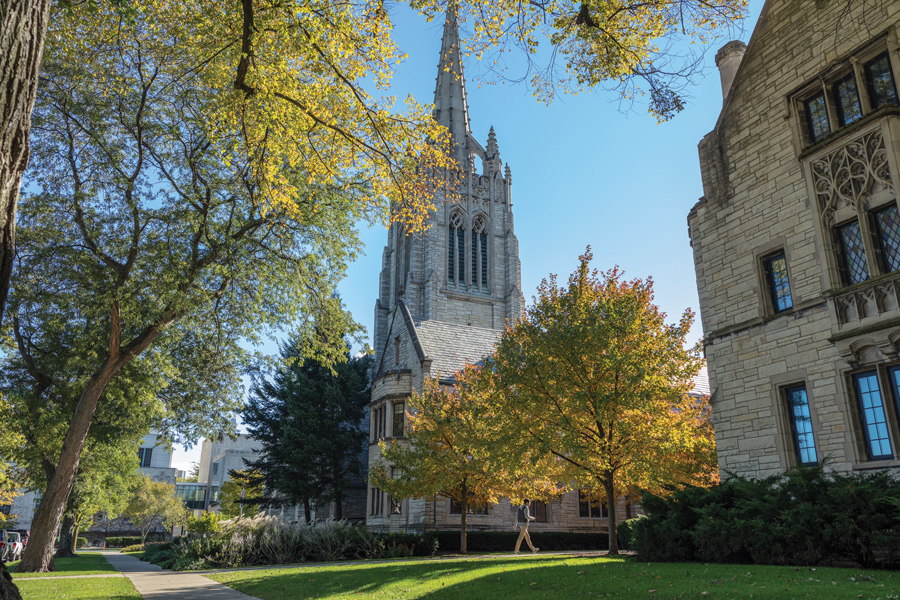 A letter sent by graduate students to NU administrators calls for a number of demands.

An anonymous coalition representing marginalized and underrepresented students of The Graduate School circulated a letter this Monday, petitioning the University to remove and replace dean Teresa Woodruff and increase funding and staff for the TGS Office of Diversity and Inclusion.

The letter further calls for the school to financially support conference expenses and organizations serving students of underrepresented identities, extend health insurance and on-campus care services to children of graduate students and support advocacy efforts, among other demands.

“TGS has placed greater burden on underrepresented graduate students to navigate inaccessible and inequitable campus environments and has shirked responsibility in perpetuating harm,” the petition stated. “(It) has further marginalized students who are already historically marginalized on campus.”

Organizers of the coalition, composed students from a range of backgrounds, told The Daily that a public petition was the last resort, after institutional advocacy efforts fell through during Woodruff’s tenure.

About 200 people signed the petition as of publication. Leaders of the coalition presented the letter at a private Program Review meeting, with internal and external reviewers from Northwestern, Duke University, Washington University in St. Louis and Vanderbilt University on the same day as the release. The meeting is responsible for evaluating possibilities for next academic year.

In a Tuesday email to The Daily, Woodruff said she is “happy with progress” TGS has made and with its dedication to diversity and inclusion.

“At the same time, I acknowledge and believe there is more work to be done. We will continue to advocate to senior leadership on behalf of the needs of our diverse graduate students and postdoctoral trainees,” Woodruff wrote. “In addition, I am committed to partnering with our graduate student-led Graduate Leadership & Advocacy Council and our graduate student affinity group leaders to address specific needs and concerns.”

The dean added that she would be interested in engaging in dialogues on the issue.

A student leading the coalition said this petition is the last resort following unsuccessful efforts to collaborate with The Graduate School. The Daily granted anonymity to students due to their professional concerns.

“I don’t think anyone wants to be in a position where they have to write this letter,” she said. “And I don’t think a letter like this gets written until people feel like it’s the last option available to them.”

This year was the first that The Graduate School did not host events for Black History Month. Queertopia, a graduate student-organized academic conference in LGBTQ+ research, has also not been financially supported by the school in the last two years. In addition, due to poor support, the staff at the TGS Office of Diversity and Inclusion decreased from about 10 non-intern employees to four conducting the work of a large organization, organizers said.

The demands outlined in the letter are not new — they have been advocated for during the past few years and supported by graduate students’ research, the student said. That’s made support and care for various affinity groups and organizations largely dependent on student leaders.

In turn, organizers said resources are drained from students that would otherwise be dedicated to professional and personal development, and further research and teaching contributions to the University.

Another student who requested anonymity for the same concerns told The Daily that in addition to these problems, retention efforts have been lacking. The graduate student, who started at Northwestern a few years ago, said she feels community-building programming is perceived as “extracurricular” rather than essential.

“If they want to use our knowledge and use our resources like laborers, I feel like The Graduate School should respect what we want to do when we’re trying to build community,” she said.

The student is part of an affinity organization that hosts an annual conference that serves as a recruiting and networking opportunity for students of color. The letter states that the current TGS administration has decreased the funding by 42 percent, prompting its student leaders, already burdened with responsibilities, to seek funds elsewhere.

Being a graduate student is not a normal workday, the student shared. Even after the typical hours, graduate students, who often serve as teaching assistants, have to create class material and grade papers on top of other work responsibilities. She said she is afraid that the practice of cutting funding and support will hurt retention.

The student who spearheaded the coalition said other parts of the University community should not ignore graduate students’ contributions.