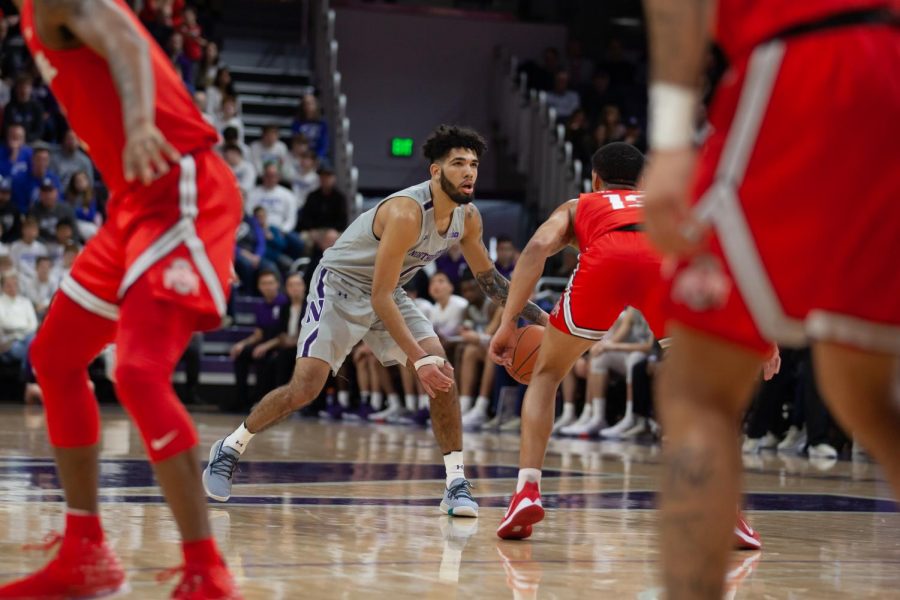 Boo Buie dribbles during a 2020 game. The freshman led the Wildcats to their first win since Jan. 11 on Sunday.

As Northwestern went through a twelve-game losing streak, no player held himself more accountable than freshman guard Boo Buie.

After the Wildcats had a disappointing loss to Ohio State in January, Buie stressed how there were no excuses for the team to play the way it did. And after NU lost an overtime game at Rutgers, Buie said, “I’ll take the blame.”

“I was really proud of our group to gut it out,” coach Chris Collins said. “At the end of regulation, looking in our guys’ eyes, I just saw they were really determined. They didn’t look rattled.”

Buie finished with 15 points and seven assists in 35 minutes, but his last stretch was one of the Cats’ best clutch performances over the last three seasons. In the final six minutes of regulation and overtime, Buie had 11 points –– with all of them coming off off-balanced floaters. But he had the biggest play of his career on the defensive end.

With the score tied at 67 with 25 seconds left, Buie came up with a steal that guaranteed the game would go to overtime. Then once the extra period started, NU played some of its best basketball of the year.

The Cats scored the first 7 points of overtime, with Buie assisting on the first two baskets. The Cornhuskers cut their deficit down to 2 points with 44 seconds left, but NU made three of its last four free throws to secure the team’s first win since Jan. 11.

The Cats’ win moved them out of last place in the conference standings, but NU got plenty of help. Nebraska went 8-for-30 from the free throw line and finished with the worst free-throw percentage in the last ten years for a team that shot 30 or more free throws in a game. [notes]

With the Cornhuskers leaving 22 points on the table, the Cats got the chance to force overtime and pull away in the extra period.

“We were fortunate to have them shoot the way they did,” Collins said. “Obviously, you feel for those guys. Sometimes shooting can be contagious. With free throws, sometimes guys walk up and you miss, and then it gets in everybody’s head.”

Cornhuskers forward Haanif Cheatham had a team-high 21 points, and freshman center Yvan Ouedraogo had 11 points and 19 rebounds. But Ouedraogo missed two free throws that could have tied the game late in overtime, which led to the Cats breaking the team’s longest losing streak since 1991.

“We had that lead there late in the second half, and we’ve had our struggles finishing games,” Collins said. “I was really proud of our group to regroup and get that lead.”