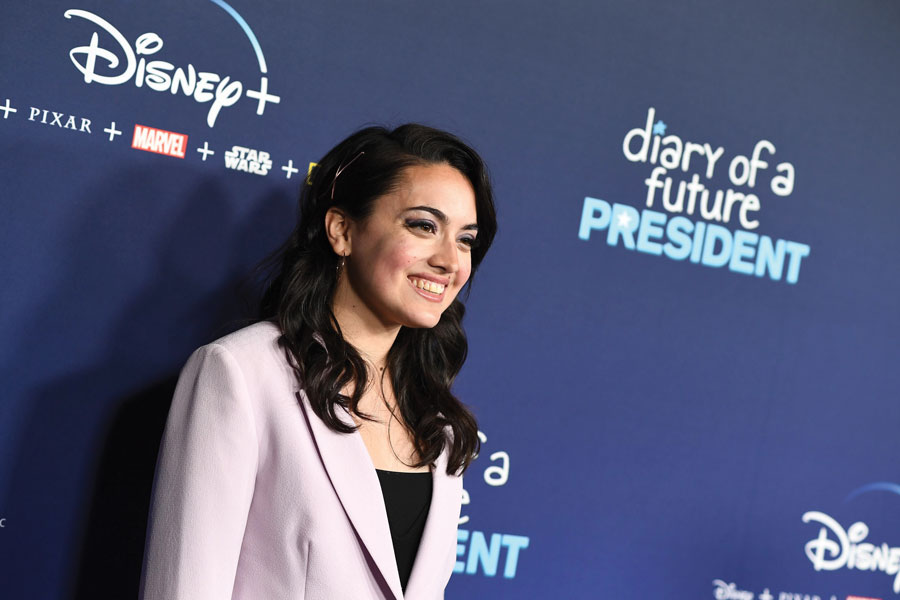 Ilana Peña at the premiere of “Diary of a Future President.”

Hollywood producers and writers came to Northwestern to participate in a panel discussing diversity in the industry and give advice to students interested in entertainment held in Annie May Swift Hall on Sunday.

The panel featured Patti Harrison, and Northwestern alumnae Ilana Peña (Communication ’13) and Robin Thede (Medill ’01). Harrison is a comedian, actor and writer who just finished filming season two of the hit Hulu series “Shrill.” Peña, who studied theatre at NU, is the creator and executive producer of “Diary of a Future President,” a new show on Disney+. Thede is a comedy writer and performer who is the creator, star and producer of “A Black Lady Sketch Show.”

Panelists began by discussing how their college experiences helped them get to where they are today. They said college was the place where they learned skills that they still use today.

“We were just doing it all ourselves and that taught me everything,” Peña said. “All of the minutiae of making a show I was learning as a 20-year-old. It’s those skills that I harken back to now.”

Thede said students should try to meet as many people as possible while at NU. Finding a “tribe” is important to have a group to learn and grow with while navigating the industry.

The second half of the event focused on what it is like being a woman of color in the entertainment industry. They discussed the importance of learning how to navigate situations that may make people uncomfortable.

“What is hard is power dynamics that come into play,” Harrison said. “The industry is changing and we are seeing a lot more diversity, which rocks, but a lot of the gatekeepers still are white. There are these old white people who are trying to understand but they’re not getting it right.”

Panelists also advised to “martial your allyship” as Petty said, meaning that students with privilege in a certain space should say something if it is easier for them to do so.

Ultimately, the women say they are going to continue doing their work while also challenging existing barriers.

“We’re all going to continue to excel and be amazing at what we do and obviously not take no for an answer,” Thede said. “All we can do is just be great and undeniable. I think you just have to be fearless and be reckless with that fearlessness.”