Judd Weinberg, trustee and College of Arts and Sciences namesake, dies at 93 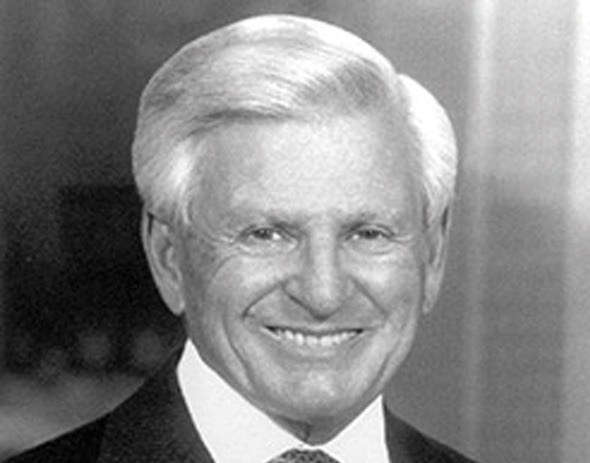 Judd Weinberg, a namesake of Northwestern’s College of Arts and Sciences.

Judd Weinberg, trustee, alum and College of Arts and Sciences benefactor, died Feb. 20 at the age of 93.

The Chicago native received a bachelor’s degree in business administration in 1947 from Northwestern’s School of Commerce, now the Kellogg School of Management. A student at a time when Northwestern had quotas limiting the number of Jewish students, he was elected the first Jewish president of the Interfraternity Council. He led the Council to eliminate physical hazing.

“My father believed in the missions of a great research university: To discover new knowledge, and to train, motivate and empower the next generation of leaders,” Weinberg’s son David said in a Monday release.

Weinberg joined his wife and fellow NU alum Marjorie’s (WCAS ‘50) family business, D. Gottlieb & Co. (now Gottlieb), after he graduated. The company produced “cutting-edge game technology of the day: non-gambling pinball machines.” He sought to globalize the business in the 1950s and 60s. In 1976, Weinberg sold the company to Columbia Pictures Industries, Inc., where he later became a consultant. He eventually founded his own financial services firm, Judd Enterprises.

In 1982, Weinberg joined the University’s Board of Trustees and was elected a life trustee in 1995. He and his family donated a multi-million dollar gift to the University’s College of Arts and Sciences in 1998, which was thereafter named in their honor. Weinberg received the Northwestern Alumni Medal — the highest honor awarded by the University’s Alumni Association — in 2000.

“Judd Weinberg embodied the best of Northwestern,” University President Morton Schapiro said in the release. “What a giant he was. What a life he led. What a legacy he has left.”