Bright: Don’t worry too much about what you’re doing this summer 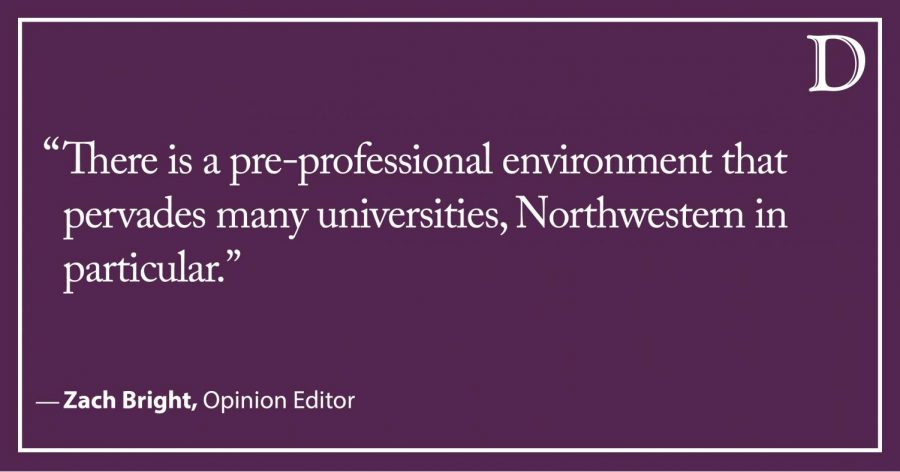 With the end of Winter Quarter just weeks away, there’s still a good four months until summer begins. Still, there can be a lot of pressure to have plans for the summer planned out. Whether it’s traveling somewhere on vacation, going back home to make some coin or building experience at an internship, you might find yourself feeling that you have to have these all planned months in advance.

I know that’s something that I feel pressured to do. Last summer, I was halfway into Spring Quarter and still didn’t have a clue what I was doing. I had applied to a handful of internships and only heard back from one. It was unpaid, had limited hours and I wasn’t financially equipped to take it on. In short, I wasn’t really sure what I was going to do and was really worried about it.

To be quite honest, I had no interest in going back home for the break. I’m from a ZIP code with one of the highest median ages of the country, so there wasn’t much for me to do there. But as weeks passed and it was too late for me to do anything otherwise, I talked with my parents and decided that I would be staying home for the break.

And that summer turned out much better than if I had planned it.

I worked as an SAT tutor and a personal assistant to a local attorney. I spent an idyllic week at my friend’s house in the suburbs of New York. I actually read books, for fun. And I wasn’t constantly worried about working or being productive. Had I actually been offered an opportunity working somewhere else, I would have likely been burnt out by that point.

There is a pre-professional environment that pervades many universities, Northwestern in particular. This can create the ideas that successes which advance your future career are the only way to succeed in life. That’s something I learned from my summer.

If I were to do it over again, I wouldn’t change things. I learned a good deal and actually took care of myself. It’s easier to say and harder to do, but don’t worry if your summer plans don’t go according to plan. You might only have a number of summers left before graduation, if any at all. Ultimately, it’s okay to just take things as they come.

Zach Bright is a Medill sophomore. He can be contacted at [email protected] If you would like to respond publicly to this op-ed, send a Letter to the Editor to [email protected] The views expressed in this piece do not necessarily reflect the views of all staff members of The Daily Northwestern.