Saint Athanasius School not to be granted permission to alter parking 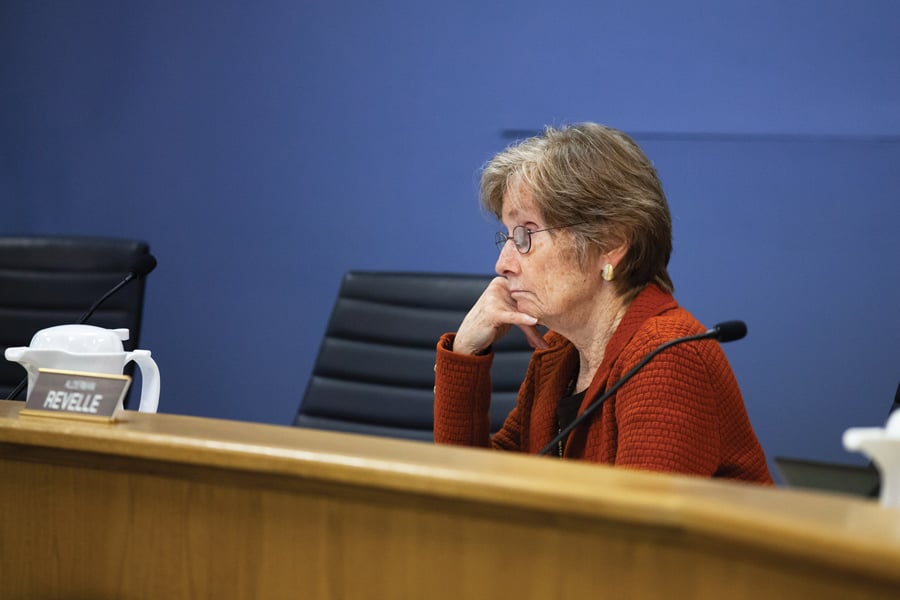 Ald. Eleanor Revelle (7th). Revelle said residents have been working together to come up with a solution to the problem.

Aldermen during Monday’s City Council meeting denied an ordinance that would have granted Saint Athanasius School special use approval to alter off-street parking.

Council tied in a 4-4 vote, with Mayor Steve Hagerty abstaining from breaking the tie because his child attends the school.

Nearby residents have complained that traffic during peak hours, like school pick-up, has caused problems for the neighborhood. The traffic causes blockages along the public alleys near the school, residents said.

Ald. Eleanor Revelle (7th), the residents and Saint Athanasius School had been working together to put together a solution to alleviate traffic, which resulted in the parking ordinance.

The school submitted a proposal to raise the parking capacity of the 2503 Eastwood Ave. from 14 to 22 spaces. As a whole, the modifications would have provided12 additional parking spaces, and the north lot would have served as temporary parking in peak periods.

The ordinance also said the north lot would be kept empty as a flexible play space with the staff parking moving to the south lot.

Kelsey Davis, one of the residents, said she has shared the alley space with the school.

“They have blocked access to my garage in the afternoons for about 20 minutes a day, five days a week, nine months a year, and they tell me it’s not too much of an inconvenience,” Davis said. “I would say it’s a big inconvenience.”

Davis said she was against the proposal to raise the parking capacity.

Her husband, James Davis, said the family has also experienced problems with tailgating.

“When they rent the space out for football games, people light fires right behind my backyard,” he said. “The language that my children have to hear — not acceptable.”

The proposed lot would “improve ingress and egress during peak periods as well as improve safety for students and congregants,” according to city documents.

However, the Zoning Board of Appeals recommended that City Council deny the proposal. It stated that the current structures have “eroded the residential fabric of the neighborhood” and the parking lot expansion would increase vehicular congestion and nuisances.

Some aldermen were worried that the additional traffic would cause wear and tear on the already run-down alley.

“Our alleys are not always in the best shape… we’re talking about adding additional cars through there to get to additional parking lots,” Ald. Cicely Fleming (9th) said.

Aldermen recognized the tailgating concerns, especially because Northwestern rents out the north lot for football games.

Ald. Melissa Wynne (3rd) said she understood the need for a solution, but wanted to see a more comprehensive plan to appease all parties. Ald. Judy Fiske (1st) sympathized with the residents and the disruptive nature of tailgating.

“I’m going to support the neighbors on this,” Fiske said. “I’ve had several similar experiences in the first ward and it does have a really negative impact on the quality of life in a residential neighborhood.”