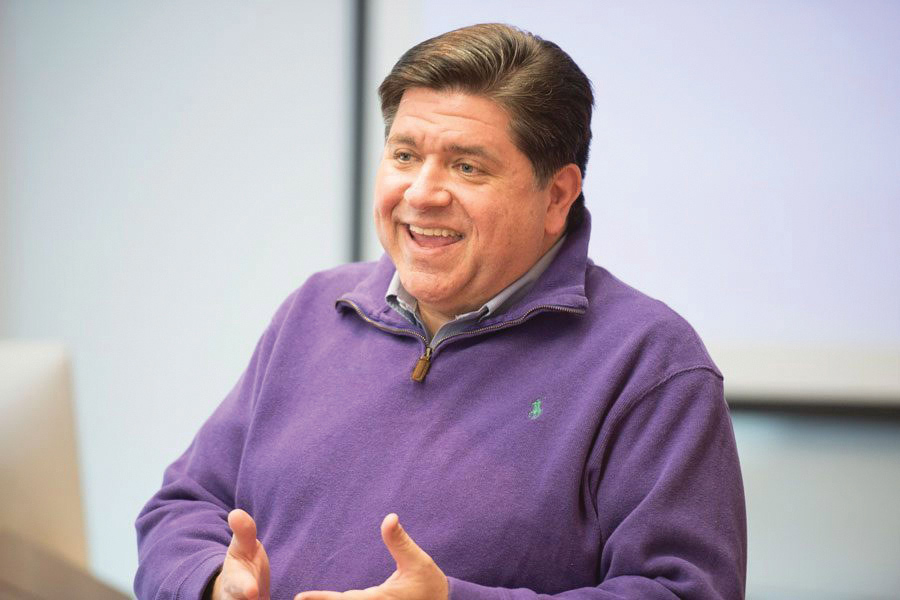 Democratic Gov. J.B. Pritzker said in his State of the State address that the spring Illinois General Assembly agenda must include clean energy legislation. One proposed bill is the Clean Energy Jobs Act.

One of the groups in the ICJC is the Illinois Environmental Council. Gavin Taves, policy director at the IEC, said CEJA aims to transition Illinois to a clean energy market while supporting consumers and building in equity provisions.

“We have to wake up to the severity of the issue and meet the gravity of the problem with a bill that’s comprehensive enough to actually make a difference and protect the most vulnerable people across the state,” Taves said. “And our bill is the one that does that.”

Taves also said a provision of CEJA would establish a carbon-free power sector by 2030.

“There will be more steps to come after this, but this is one that we need to do,” Taves said. “It’s about humanity, and I know this is a grand thing, but it’s about saving our world.”

However, some groups oppose the bill, including the Illinois Chamber of Commerce.

Todd Maisch, the chamber president and CEO, said one of the ICC’s issues with CEJA is that the carbon reduction requirements aren’t reasonable.

“The notion that you’re going to get the energy sector to carbon-free in 10 years is just, we think, kind of ridiculous,” he said.

He added that it is fine to set goals that motivate progress, but that there needs to be realistic offerings for what happens when energy providers don’t meet those goals.

Beyond renewable energy timelines, CEJA outlines other policies, including reducing gas and diesel vehicles. Taves said this is a matter of public health as well as a climate crisis.

These measures include providing incentives for companies that implement equity actions and creating “Clean Jobs Workforce Hubs,” Taves said. According to a Citizens Utility Board fact sheet, these hubs would train economically disadvantaged communities and former fossil fuel workers.

Debate over CEJA’s passage is expected to continue this spring session. Pritzker said in his State of the State address that the spring agenda must include clean energy legislation, but did not specify a particular bill.

“We are confident that it will pass this legislative session,” Taves said, “because our lawmakers and the public are finally waking up to the severity of the climate crisis and realizing that their constituents are being severely impacted.”