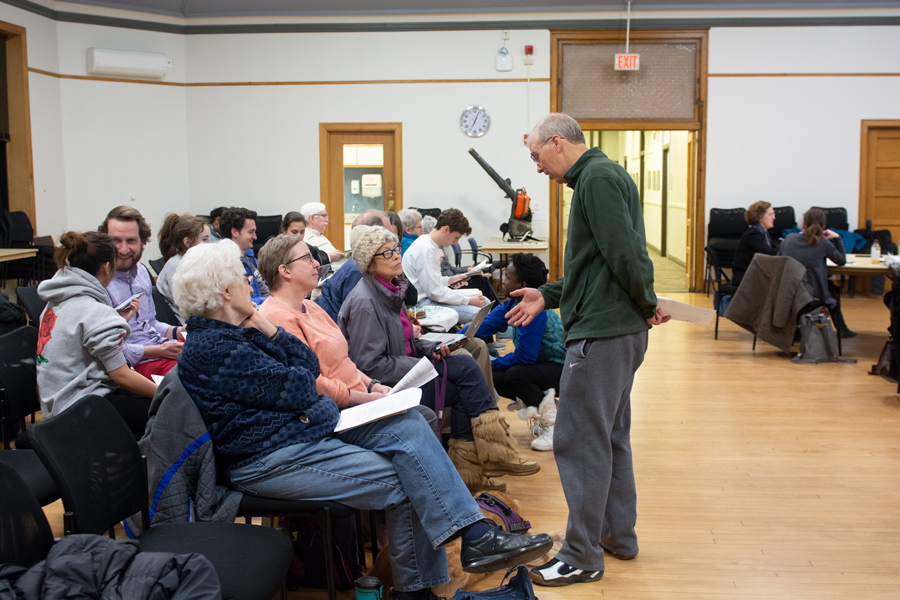 Community members interact at a Environment Board and Equity and Empowerment Commission meeting. Board members proposed changes to the most recent draft of the Environmental Justice Resolution.

The Environment Board met with the Equity and Empowerment Commission on Thursday to review and propose changes to the Environmental Justice Resolution, which they will present to City Council in the coming months.

The resolution specifies priorities for future city environmental policies and practices, including an emphasis on public participation.

“It’s the city saying that we are committed to this,” Richardson said. “It’s something that is impactful to all of our communities.”

If City Council approves the resolution, EJE will work with other groups and stakeholders to draft an Environmental Justice Ordinance. The ordinance would specify actions the city must take to facilitate environmental justice in Evanston.

EJE member Rick Nelson said many people know and support the larger Climate Action and Resilience Plan, so it is important that they know the resolution and ordinance are only part of the solution.

“It wants to prepare Evanston so, as climate change proceeds, we’re not caught without any forethought,” Nelson said.

Members met in small groups before deciding as a whole to alter wording in the resolution’s clauses to specifically acknowledge climate change.

Some members were concerned that the wording of earlier drafts generalized the experiences of people of color in Evanston.

“I don’t want to lump us all as one monolith and say that because you’re people of color this is the truth for every one of us,” Richardson said. “We do recognize that there are people that are not able to have the same representation or engagement, so I do want to make sure that we recognize that and that we are making the effort to reach out to those individuals.”

Equity and Empowerment Commission member Kathy Lyons said her group needs to collaborate with other boards in Evanston, especially the Environmental Board, to ensure the city’s operations keep equity in mind.

“Equity and empowerment needs to be embedded in every organization,” Lyons said. “It is not something you can segregate.”

The groups will likely review the Environmental Justice Resolution again before presenting it to City Council.

“I would love to see this go to City Council and have a 9-0 vote, and we begin the work as an organization to make sure that what we are committing to, we are doing,” Richardson said.