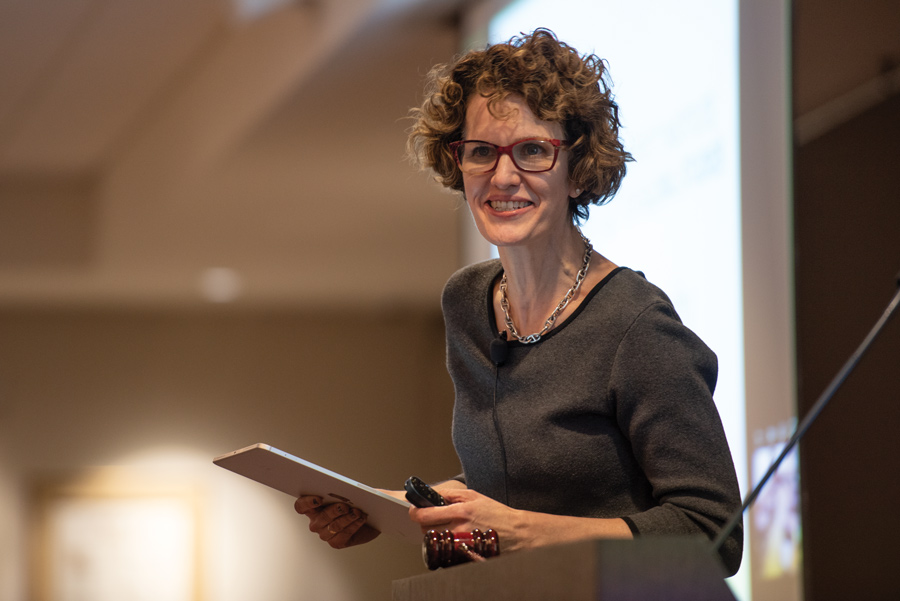 The presentation outlined the University’s ongoing process to prepare students and faculty to be global leaders, and invest in research that addresses pressing global problems like sustainability.

Riles said Northwestern’s commitment to this strategic plan will contribute to the United Nations Sustainable Development Goals, making it one of the first U.S. universities to do so. Some of these goals include gender equality, affordable and clean energy, climate action and quality education. This agenda, she said, was adopted by all United Nations Member States in 2015 as broad goals to reach by 2030.

“We’re holding ourselves to an international standard,” Riles said. “Not just one we made up, not just our own vision of what’s important, but a standard that is globally recognized.”

After 10 years of planning, Riles said the Global Strategic Plan only needs approval from the provost, president and Board of Trustees until it can be launched in March.

Riles said Northwestern’s signature strength is its reputation as one of only four U.S. universities that rank in the top 20 across all categories of graduate education in U.S. News’ rankings. The University’s reputation, she said, should be utilized to advance global opportunity and promote collaboration on a global scale. The Buffett Institute has piloted an Idea Incubation Workshop to create a space for multidisciplinary collaboration that can address the U.N. sustainability goals.

Slavic languages and literatures prof. Susan McReynolds asked how the Institute’s workshops plan to include support for projects in the humanities that may not fall along with the 17 U.N. sustainability goals. She said her research in Russian Literature and Culture, which may not explicitly create such a specific global impact, was excluded in the wording of the Global Strategic Plan.

“There was nothing about listening to the rest of the world,” McReynolds said. “The assumption seemed to be that the world is broken (and) a set of problems, and our intervention is needed. It’s a kind of almost missionary relationship to the world.”

Economics prof. Robert Gordon, the chair of the salary and benefits committee, also presented a report on tuition benefits for dependents, faculty and staff at the Senate meeting.

Gordon discussed the cutbacks in portable faculty and staff tuition benefits for courses at other universities in comparison to other high-ranked universities. Any faculty or staff hired before Jan. 1 would see their benefits reduced from $12,000 to $5,250, and those hired after Jan. 1 are not at all eligible to receive the benefit.

“We have a major reason to protest the elimination of this benefit for new hires,” Gordon said. “(Though) Columbia, Yale and Stanford don’t offer these benefits, I see no reason why we should be in a horse race toward the bottom.”

The committee proposed a resolution to demand that the $12,000 subsidy be grandfathered for those faculty and staff members who were registered in a degree program at another institution on Jan. 1. The resolution was passed unanimously.

Correction: A previous version of this story incorrectly stated the reason for the change in the employee portable tuition plan. The story also misstated the intention of the committee resolution. The Daily regrets the error.