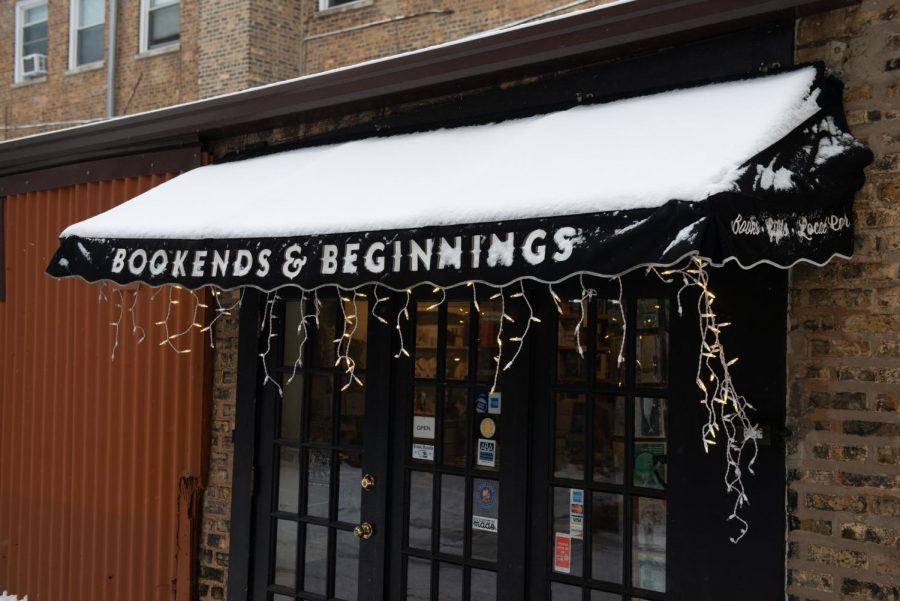 Downtown Evanston business owners Amy Morton, Sarita Kamat and Nina Barrett (Medill ‘87) each relate their identities and their leadership styles differently. As they balance their missions, relationships and business strategies, these women draw from talent and hard work to engage and empower their neighbors.

Amy Morton, owner of Found Kitchen and Social House, The Barn Steakhouse and Patty Squared, said she “tried desperately to get out” of the restaurant industry.

A fourth-generation restaurateur, Morton worked in restaurants with her father for many years and ran her own business in Chicago when she was younger. But for a time, she struggled to see purpose in her work. She said it was difficult to juggle raising her family with the restaurant industry’s around-the-clock hours.

“I felt that I was missing meaning in my life,” Morton said. “I felt that I was just feeding people of means… When I was thinking about going back to work ten years ago, before I opened Found, it dawned on me that if I’m going to give up this much time from my girls, I also need to make a difference.”

So she launched Found with the mission to employ individuals coming out of homelessness. Working primarily alongside the Evanston organization Connections for the Homeless, Morton trains and supports individuals as they gain independence.

While a number of her hires do climb the ranks from dishwashing to prep work to cooking, Morton said sometimes Found and its employees “fall away from each other.”

However, she said she has faith that her work, which supports individuals developing healthy decision-making habits, will make a difference in the long run.

An ongoing search for balance that weaves her life as an entrepreneur with her life as a mother defines her story so far, Morton said.

“I felt really fortunate to be able to model this for my girls,” she said. “That you don’t have to be perfect, and it’s okay to ask for help.”

Sarita Kamat, on the other hand, doesn’t have to split time between her business and her family, because she runs the Artem Pop Up Gallery alongside her husband and two children.

The family took over the gallery about a year ago. Kamat said she leads Artem to provide an outlet for other local artists, while also supporting her own work as a jewelry designer.
Artem’s central mission lies in establishing self-worth — Kamat said many artists price their pieces far too low.

“We teach them to value their work first, before they sell it,” Kamat said. “So other people learn to value it, and they get a fair price. It’s really good work.”

While she curates her collection of vendors, Kamat said she looks for a spectrum of artists who complement each other. As a result, her store represents a wide range of mediums and expressions.

“If you ask me, it’s very hard to name a favorite,” Kamat said. “They are all my favorite.”

As Kamat teaches artists to advocate for themselves, Barrett, the owner of Bookends and Beginnings, teaches her employees to be entrepreneurs.

As part of her strategy to facilitate autonomy and leadership within the business, Barrett sends employees to national booksellers conferences. She also encourages her employees to engage customers in unique programming initiatives.

For example, employee Brooke Williams leads a science fiction and fantasy book club that centers around works written by women, members of the LGBTQ+ community and people of color.

“My goal is to reach out to those people and show them the exciting, philosophical, really deep stuff about science fiction and fantasy in a way that is inclusive,” Williams said.

Barrett said she used to dream of becoming an editor at a famous publishing house, or of writing for the New York Times as the next Lois Lane. She said she never anticipated becoming a bookstore owner — but now, she embraces her role.

“It’s like you’re being a little museum curator,” Barrett said. “You’re having a cultural impact… a little impact on a lot of people every day.”