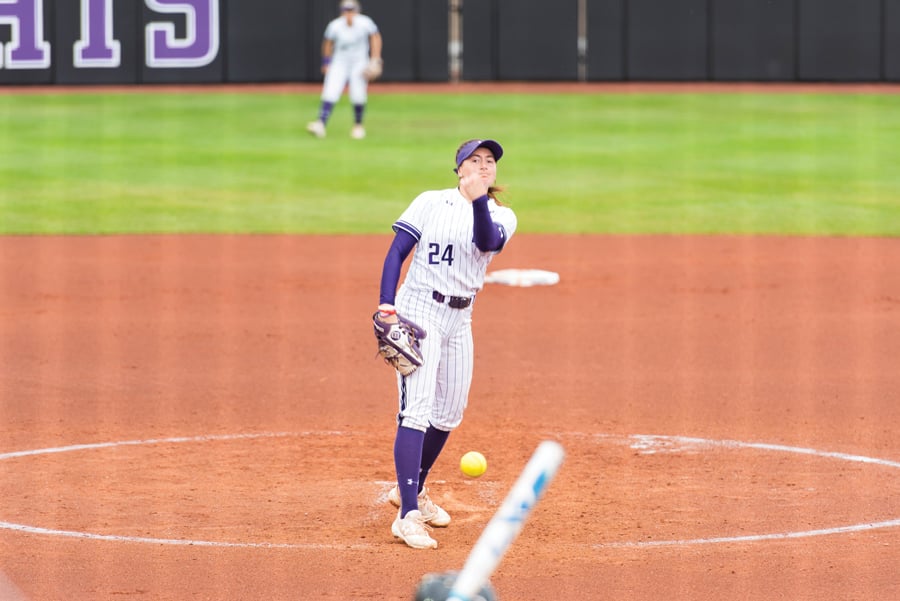 After a 6-2 win against No. 5 Florida State University and a visit from former Northwestern baseball player and World Series Champion Joe Girardi, Northwestern’s second week of the season was better than the first.

This weekend, the Wildcats headed to Florida for the ESPN St. Pete/Clearwater Elite Invitational. They competed against some of college softball’s top teams, including No. 5 Florida State, No.15 Georgia, Kansas and Virginia Tech.

NU (4-5) finished the tournament 2-2, losing its first game of the tournament to the Bulldogs, 8-3, and its final game against the Hokies, 6-5. But the Cats pulled out two wins on Saturday, and coach Kate Drohan said she saw big improvements in the team from the week before when NU went 2-3 at the Kajikawa Classic.

“A couple of areas we really improved on,” Drohan said. “Defending the running game — I thought Jordyn Rudd did a great job behind the plate throwing runners out and controlling the running game. The second piece was that our pitch selection was much much better, so in those two areas I think our team grew a lot.”

Sophomore pitcher Danielle Williams said the Cats focused on playing as a team in practice, and this weekend she felt the support of her teammates on the mound, especially during the game against the Seminoles.

“It was great that Kenna [Wilkey] was able to start something for our team,” Williams said. “Pitching with that kind of support is a lot easier, just giving it all every pitch, knowing that my team’s behind me.”

On Saturday, NU upset Florida State 6-2. Junior pitcher Kenna Wilkey gave the Cats some momentum with a homerun in the fifth inning before NU took the lead in the 6th with five runs scored.

Junior infielder and outfielder Rachel Lewis also served as an offensive powerhouse against the Seminoles, hitting three RBIs. She said the Cats needed to better at the plate to get the results they wanted in Florida.

“One of our goals was to wake the bats up a little bit,” Lewis said. “It wasn’t like we were missing on the little things; It was straight up we couldn’t hit last weekend.

“Kaley’s maturity won the game for us against Kansas,” Drohan said. “She’s going to continue to have those opportunities. She’s steady, she’s confident, she’s really poised.”