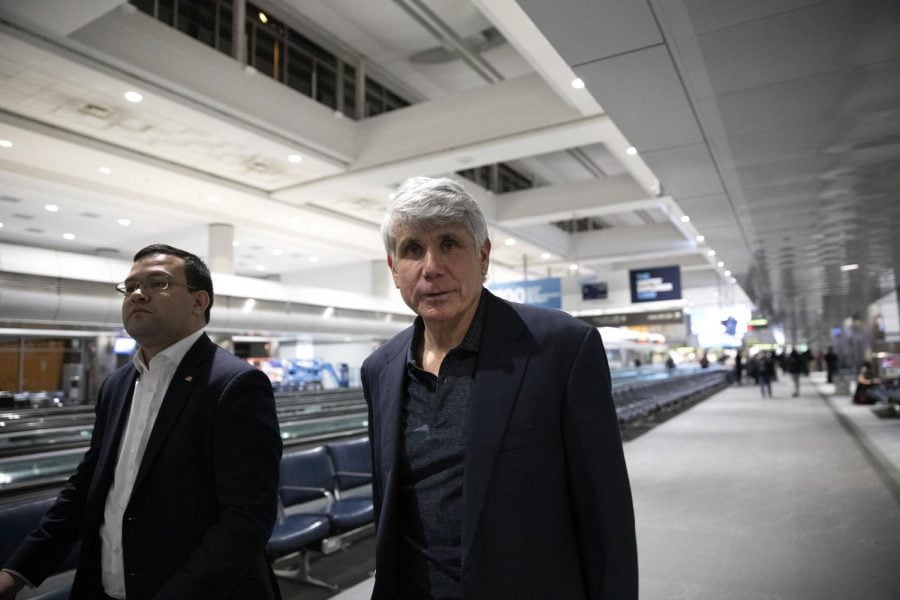 President Donald Trump granted clemency to several high-profile individuals on Tuesday, including former Democratic Illinois Gov. Rod Blagojevich, who was arrested 12 years ago and sentenced to 14 years in prison.

Blagojevich served as governor of Illinois from 2003 until 2009, when the Illinois state legislature impeached and removed him from office. He was arrested in 2008 on charges of conspiracy and soliciting bribes.

After an initial trial failed to convict Blagojevich due to a hung jury, a federal jury ultimately convicted Blagojevich in 2011 on 17 of 20 corruption charges. One major charge centered on an attempt to sell then-President Barack Obama’s vacated U.S. Senate seat.

Blagojevich served more than seven years of his 14-year sentence before Trump decided to commute it. Blagojevich was released from the Federal Correctional Institution in Colorado later Tuesday night, according to NBC5 Chicago.

Blagojevich met Trump when he appeared on Trump’s show, Celebrity Apprentice, in Spring 2010. He was on season nine for a four-episode stint, before getting “fired” and leaving the show. While firing him, Trump expressed praise for Blagojevich’s fight against the charges. After the sentencing, he said he was later dismayed about the verdict.

“You’ve got a hell of a lot of guts. You’re out there punching away,” Trump said in an episode.

Trump previously said the former governor’s sentence was “ridiculous,” and too long for the crimes of which Blagojevich was convicted.

A White House news release highlighted Blagojevich’s good character in prison and the desire of many politicians to shorten the sentence.

“People from across the political spectrum and from varied backgrounds have expressed support for shortening Mr. Blagojevich’s sentence, including Senator Dick Durbin (and others),” said the news release.

This news comes on the heels of Trump publicly lashing out on Twitter at Department of Justice prosecutors for recommending a seven- to nine-year prison sentence for the convicted Roger Stone, who was a Trump ally in the 2016 presidential election.

His wife Patti Blagojevich announced on Twitter a “homecoming” press conference will be held at her home at 11 a.m. Wednesday morning.