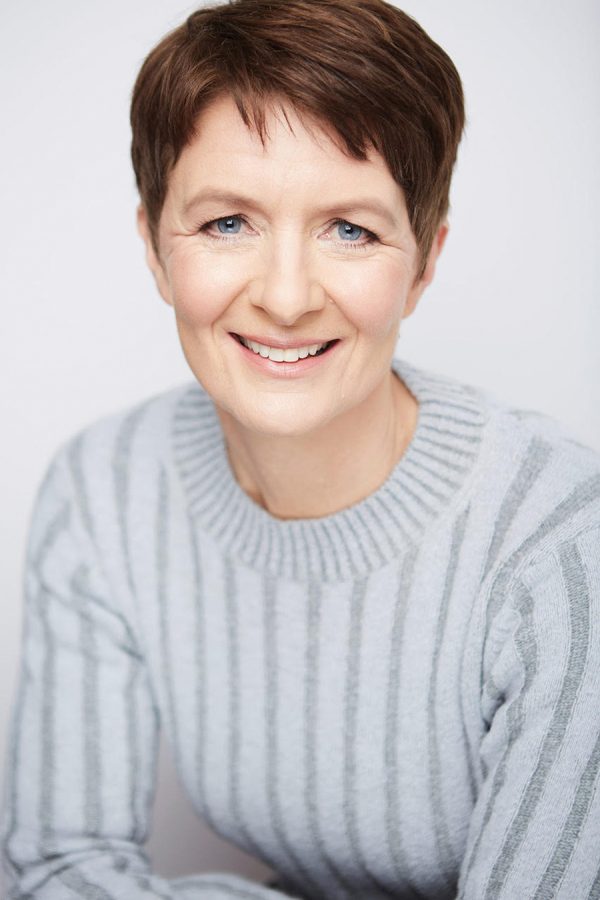 Pia Justesen. The human rights lawyer and accessibility advocate published her oral history collection “From the Periphery” in 2019.

In her novel released last October, human rights lawyer and professor Pia Justesen wrote “From the Periphery” to spark a conversation about disability oppression and empowerment.

In her 2019 book, she elevates the voices of nearly 40 Chicago-area residents affected by disabilities as they weave narratives about “anger, school, work, independence, bigotry, solidarity and love.” Justesen met many of these individuals through her work for the Chicago independent living organization Access Living, as well as while teaching disability studies, an interdisciplinary subject focused on empowerment, in the University of Illinois at Chicago.

Justesen spoke about her process compiling oral histories to advocate for accessibility. This interview has been lightly edited and condensed for clarity.

The Daily: Before we begin discussing “From the Periphery,” I would like to hear what you believe to be the most common misconception people hold about disability.

The Daily: What compelled you to gather these stories?

Justesen: I’ve been working with human rights almost my whole adult life, as a lawyer working on cases and case law. And I really wanted to get a better understanding of what it does to a person when a person is being discriminated against, or excluded, or oppressed. That’s something I’ve been thinking about for a very long time.

Being in Evanston and working with Access Living gave me the privilege to spend time collecting these stories. It’s all based on basic human rights, and the fundamental right to equal treatment. In this book, I focus not so much on the ‘legalese’ but more on the individual experience. That way I can reach, hopefully, some more people in the majority population.

The Daily: Instead of adhering to a traditional journalistic narrative approach, you wrote “From the Periphery” in the form of an oral history. Each chapter reads like a transcript of an interview. Can you discuss that stylistic decision?

Justesen: I’ve been inspired by other oral historians. Studs Terkel was a famous Chicagoan. He had the same approach, trying to let the voices speak for themselves, and not interpreting, concluding or making recommendations based on those. I was also inspired by Svetlana Alexievich. She did a fantastic job of collecting the emotions of history, focusing more on emotions than on trying to prove facts.

I don’t have a disability myself, so I did not want to be preaching or putting out recommendations. But I wanted to be a facilitator of those voices, letting them speak for themselves.

Of course, some of the interviews have lasted for hours, so I chose which words to put in the book. In that way I have an influence (over the narrative). But I haven’t changed any of the ways people phrased their thoughts. I would never write a book where I would paraphrase what people say. I wouldn’t make any kind of conclusions or recommendations, unless it was something that people have said themselves.

The Daily: You have acknowledged that you are a white woman without disability and that you belong to the privileged majority. What does it look like to support people who are, as you say, on “the periphery” without crossing into saviorism?

Justesen: It’s a very difficult topic, and I’ve been thinking a lot about it.

Initially, I almost gave up on the project, because there are too many examples where white, well-meaning women like myself try to ‘save the world.’ I appreciate very much that you don’t want to be saved by somebody else who doesn’t really understand your situation. But I’m also a true believer in general human rights.

I’m sure the interviews would have been very different if a person with a disability had made them. But because I don’t have a disability myself, I could ask the basic questions. I could ask, ‘if you have cerebral palsy, and you’re shaking, how can you drive a car?’ And someone who has cerebral palsy can explain that as soon as you fixate your hands on something, they’re completely still, and you can safely drive a car.

So, I think telling these stories are really important to break down the attitudinal barriers for people to understand what it’s like. I’ve been very careful to write so it didn’t come across as me pitying or wanting to save anyone.

The Daily: One of the key messages in “From the Periphery” is that invisible social barriers are just as prohibitive — if not more prohibitive — than the physical obstacles that people with disabilities confront. Can you speak to how accessibility affects every sector of life?

And accessibility is so crucial to the way people can see themselves. As full human beings who are just human beings, not as people identified by their disabilities.