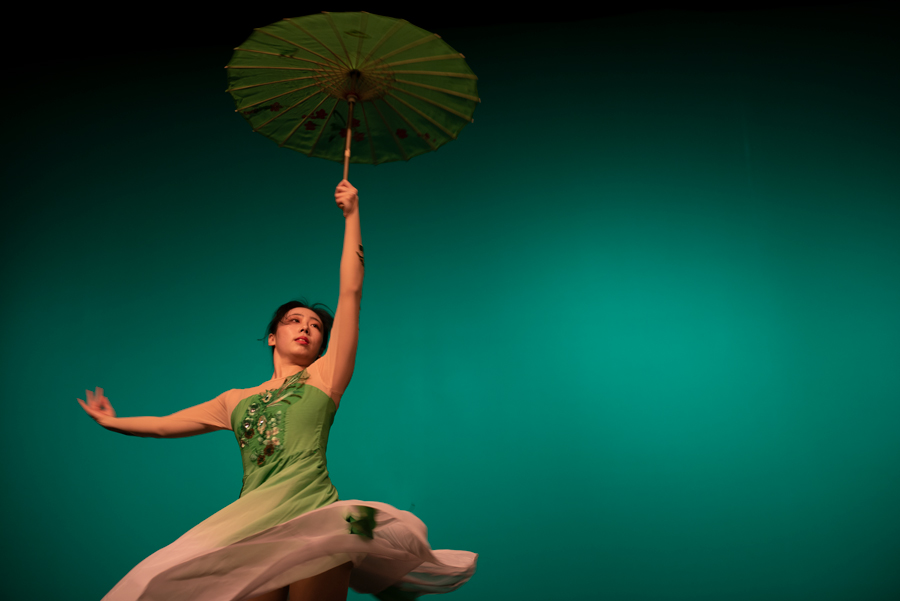 Sarah Chen, a McCormick freshman and the secretary of K-Dance, said she felt great about the turnout for K-Dance’s performance at Celebrasia because the club has not been around for long but was still able to put on a good performance.

“I feel really proud because K-Dance is a fairly new club and it’s still growing,” Chen said. “Seeing that we were able to form so many acts and they all went very well made me feel really happy.”

Ho is best known for her Mandarin cover of Coldplay’s “Yellow” that was featured in the 2018 film Crazy Rich Asians, while KRNFX participated in the first season of Canada’s Got Talent in 2012. KRNFX also won the first Canadian Beatbox Championships in 2010.

At the show, Hayashi performed his “Ultimate Matrix” trick, which took him 12 years to develop, where he placed four coins under four cards and then the coins appeared to teleport from one card to another until all four coins were under one card. Hayashi developed a version of this trick where part of it is performed with one hand.

There were also skits performed by members of the committees of Celebrasia centered around the animal of the year according to the Chinese zodiac— the rat.

“The event varies on a year-to-year basis of course, like different performers (and) different skits because (of) the different animal for the Lunar New Year Calendar,” Communication sophomore and CSA programming chair Valerie Fong said. “So you never know what to expect, but one thing guaranteed is it’s always a good time, and it really unites the community in Evanston with the Northwestern student body.”

Some members of the audience, like Medill junior Tara Wu, are big fans of Celebrasia and go to the event every year.

Wu said this is her second year coming and that she appreciates the cultural aspect of the show.

“I’m Chinese American, so that’s a really important part of my identity,” Wu said. “Just being able to see that being celebrated is something special because I think that I don’t really get to see that often normally, but Celebrasia is an opportunity for that to happen.”

Wu added that she also came to Celebrasia to support her friends who were performing at the show and especially enjoyed the performances by Refresh and Typhoon.

Chen also said she appreciated the cultural aspect of the show and that it made her feel proud of her cultural identity.

“I felt like the event was a very nice celebration of Asian culture and I got to see a lot of talented people,” Chen said. “It made me feel very proud being an Asian American.”