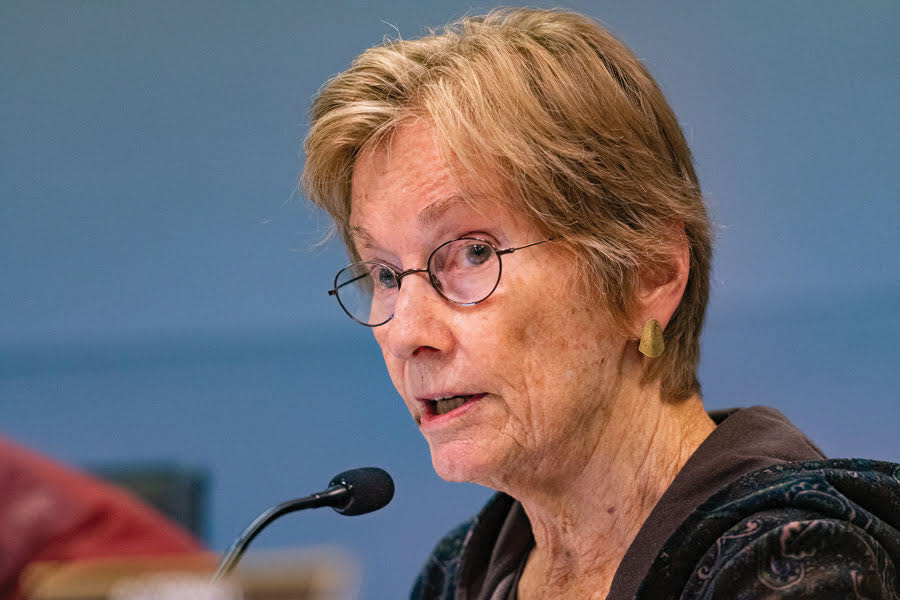 Alderman Eleanor Revelle. Revelle said she’s receiving fewer emails than normal, which she attributed to residents’ preoccupation with the coronavirus.

City Council voted to allow alcohol sales at Welsh-Ryan Arena during its Monday meeting, making Northwestern the 9th school in the Big Ten to allow for such sales at its basketball stadium.

The ordinance allowing for the license passed 5-3. Ald. Cicely Fleming (9th) was unable to vote as she was absent due to an illness.

With the new license, the arena’s current food vendor, Levy, will be able to sell alcohol throughout the stadium at all concession stands. Previously, alcohol sales were only permitted in the stadium’s Wilson Club, which requires a donation of $6,000 or more to enter.

No Evanston residents voiced their concern during Monday’s meeting, a stark contrast to when the license had previously been discussed. At multiple other council meetings, various community members spoke out against the ordinance, citing complaints about the danger it would cause to the community.

During the Nov. 26 and Dec. 9 meetings, the council discussed creating the new R-1 license class. Many community members showed up to voice their concerns.

“The finance return to the city is minimal, whereas the dangers imposed by public intoxication are large because it is such a large arena,” Evanston resident Laurie McFarlane said during the November meeting.

Once the new license class was created, though, residents stopped voicing their opposition.

“It clearly was going to pass, and they felt it wasn’t necessary to reiterate their opposition,” Revelle said.

There was also no discussion among the aldermen when passing the license.

While Welsh-Ryan may be able to serve alcohol, the new class of licenses does not apply to Ryan Field, as it will only allow alcohol sales for stadiums seating between 7,000 and 8,000 people. Similar critiques to the ones raised against Welsh-Ryan had stopped Northwestern from pursuing alcohol sales at Ryan Field this past football season.

At the end of last year, residents also turned out to voice their concerns over another controversial proposal involving Welsh-Ryan which would allow the stadium to host professional sporting events and for-profit concerts. The amendment passed 5-4, voting along similar lines to the liquor licenses.

Correction: A previous version of this story misstated how many other Big Ten schools sell alcohol in their basketball stadiums. Northwestern is the 9th school in the Big Ten to allow such sales. The Daily regrets the error.