SASA hosts workshop on South Asian engagement in the 2020 Census 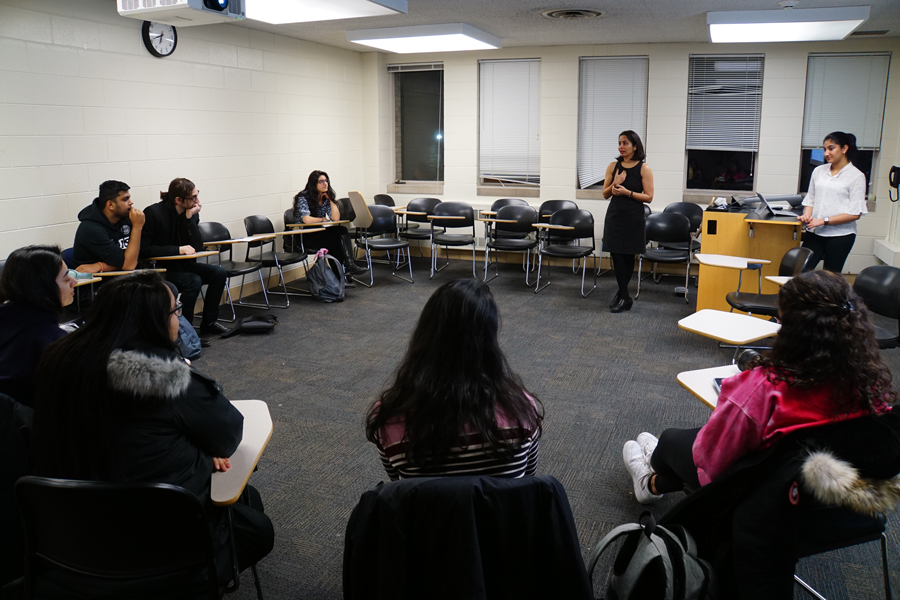 Shobhana Verma, SAAPRI executive director, speaks to an audience of Northwestern students. She discussed the importance of reporting accurate census data, and how the South Asian community is at risk of being undercounted.

Varsha Kalangari, a research and civic engagement intern at SAARPI, said the organization’s research, which develops policy recommendations, has indicated the importance of starting conversations about the census in South Asian and immigrant communities across the country. She added that this year’s count is especially important to South Asian communities in Chicago because of the threat of an undercount. The population numbers counted from the census, she said, can redefine a community’s representation in the government, its infrastructure and its overall federal funding.

“Chicago is known for a lot of Indian (grocery) stores and produce — that’s why at our local Costco you can get Indian ghee, paneer and naan,” she said. “A large reason for that is because of census data. (The government) knows that certain pockets of Indians live in certain communities so they know how to stock it accordingly.”

Eighty-nine percent of South Asians in Illinois live in the Chicago area, according to a 2013 SAAPRI study. Shobhana Verma, the institute’s executive director, said the invisibility of marginalized communities in traditional census work is a major contributor to the undercount. She said the lack of direct outreach within South Asian communities causes the adult population to be uninformed about the importance of an accurate census count.

Verma added that older generations are at a disadvantage in reporting themselves in the census because this year is the first online census. South Asian immigrants and first-generation Americans, she said, have political action and civic engagement low on their priority list.

This lack of awareness can be detrimental to the resources allocated to South Asian communities, she said.

“Huge government programs — sometimes with an undercount of 100 — can be taken away,” Verma said. “Those programs have a huge impact when looking at long-term engagement and resources that go to our community members. All of that depends on our representation and what the numbers look like.”

Weinberg junior and SASA co-president Aditi Rathore said she appreciated the timeliness of the workshop because the census is starting to be counted in about one month. She emphasized that there is a lack of education on the census among college students.

Rathore said she had no idea about the role South Asian college students can play in ensuring their personal communities get an accurate census count.

“I’ve had challenges bringing up conversations around this with my family and my local community — I’m from the Chicagoland area,” Rathore said. “Whatever excuse it is, not just in terms of census participation but also broader political engagement. I think, for me, this does hit close to home.”