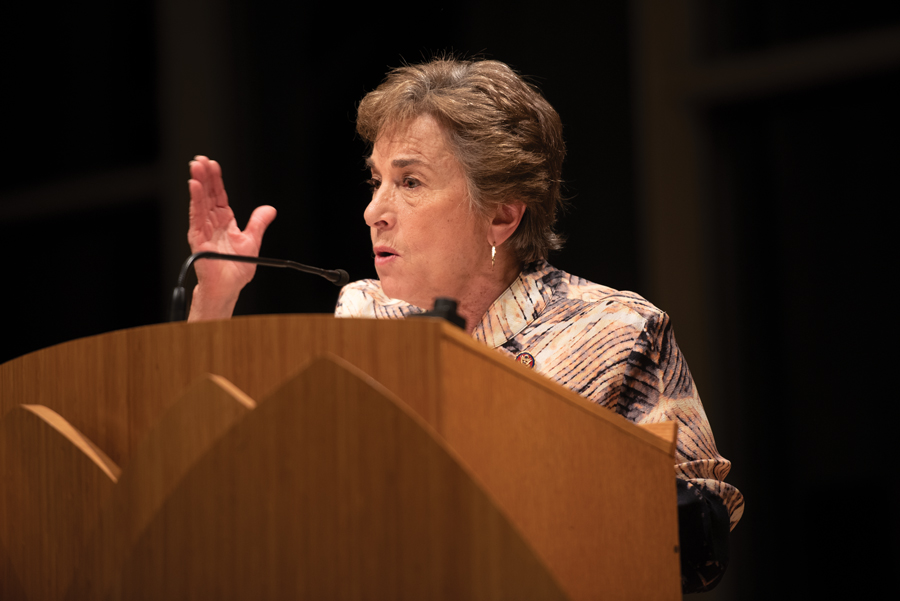 The Democratic Party of Evanston held its ranked choice endorsement session Sunday night, and though no presidential candidate received enough votes for an endorsement, the night was a decisive win for supporters of Sens. Bernie Sanders (D-Vt.) and Elizabeth Warren (D-Mass.).

The event featured speakers advocating for candidates in the presidential race, as well as candidates for the Illinois Supreme Court, Cook County State’s Attorney and the Clerk of the Circuit Court of Cook County races. The party also voted on two potential issue endorsements: whether Evanston should continue holding nonpartisan elections and whether to support the Evanston Voter Initiative, a petition that would allow residents to create and pass ordinances through binding referendums.

The DPOE used ranked choice voting, where participants listed their choices for the position in their order of preference. In this system, candidates are eliminated after each round of voting based on lowest support levels, and their votes are transferred to each person’s next choice, until only two candidates remain. Former State Sen. Daniel Biss (D-Evanston) introduced the vote to attendees and said he was a strong supporter of the system.

“We’re all going to do everything we can to unite the party and defeat Donald Trump regardless of who our nominee is,” Biss, who supports Warren, said. “In the meantime, a ranked choice voting system gives us a different way of expressing our preferences.”

In the first round of voting for presidential candidate voting, Sanders came out ahead with 102 votes, followed by Warren with 63, Sen. Amy Klobuchar (D-Minn.) with 29, Mayor Pete Buttigieg with 22 and Vice President Joe Biden with 17. No candidate had enough of a majority to meet the DPOE’s standards for endorsement, which is two-thirds of the total vote. In the final round of ranked choice voting, Warren came out ahead of Sanders, 118-114.

Kim Foxx, the incumbent in the race for the Cook County State’s Attorney, was the only candidate in any race to win an outright endorsement from the DPOE. The party also endorsed the initiative to maintain nonpartisan elections.

In other races, Michael Cabonargi won the majority vote for Clerk of the Circuit Court of Cook County and Daniel Epstein won for State Supreme Court Justice, though neither were endorsed. The Evanston Voter Initiative won popular support, but not an endorsement.

Rep. Jan Schakowsky (D-Evanston) was in attendance at the event and supported Warren in her speech. Schakowsky said she thought it was important to show her support for the DPOE at a local level, as she is a member of the organization.

“I want to encourage people to be involved in the process — and what a great turnout tonight — and I wanted to speak on behalf of my candidate, Elizabeth Warren,” Schakowsky said.

Over 200 members of the DPOE attended the event and cast ballots, in addition to surrogates and volunteers for presidential and state campaigns, who didn’t vote but showed their support for their representatives.

DPOE member Clare Kelly said it was important for her, as a voter, to attend the event and vote for her candidate of choice. She said the event was also a strong way of signifying where the Evanston community stands on different issues.

“It was really important to come out to tonight’s event in order to show where Evanston stands regarding this incredibly important election,” Kelly said. “We saw tonight that Evanston is behind Bernie Sanders and his platform. And it was so important to put that forward by being present tonight.”